Since the launch of the PlayStation 4 and Xbox One, remakes of last generation games have come back into vogue. Unlike the HD remasters of the PlayStation 3 and Xbox 360 era, these revisits have not had the same consensus regarding the post-scripts they use. We have already had The Last of Us: Remastered, Tomb Raider: Definitive Edition and will shortly be getting Halo: The Master Chief Collection.

Putting its own oar in, Deep Silver and 4A Games have decided to re-release their Metro series on current gen hardware with the name Metro Redux. Based on the atmosphere and tone of the games, the fact that it shares its post-script with the updated Apocalypse Now is probably not a coincidence. Regardless of the tag it receives, I am happy to confirm that this revisit is worth experiencing – again, if applicable. 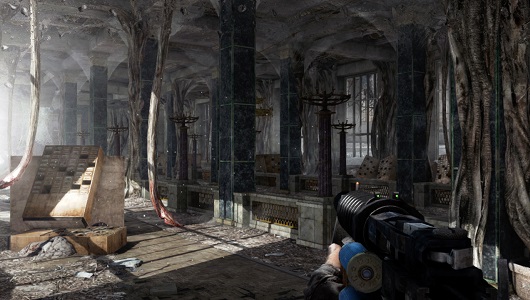 For those playing the games for the first time, they are based on the book series by Russian author Dmitry Glukhovsky. Set in Moscow, a nuclear war has devastated the city, forcing its remaining inhabitants underground. The metro stations of Moscow have become the last refuges for the survivors and rival factions have taken charge of these independently-governed mini-countries.

Originally released on PC and Xbox 360, Metro 2033 and Metro: Last Light have both made the jump to current gen platforms, with higher-resolution textures, high-end lighting and nifty particle effects. Unfortunately, I did not experience the games in their earlier forms so I cannot compare them from memory, however, based on gameplay videos from the previous releases, I can say that the visuals here are stunning. 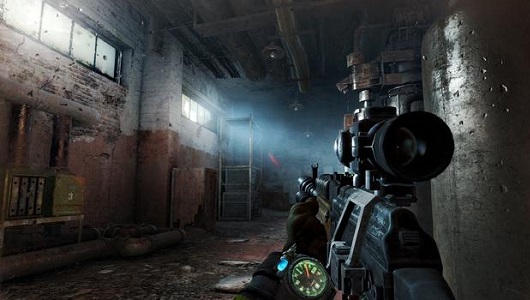 You can definitely tell that Metro 2033 is the oldest of the games. While the user intefaces are shared now across both titles, there is an odd mix of game-play mechanics in 2033 that Last Light irons out. It is reminiscent of the jump between Mass Effect and its sequel in some ways – with more action-oriented elements included. The environments in the first game are also smaller but this is used to create a brooding, claustrophobic atmosphere.

Like the aforementioned remaster The Last of Us, ammunition is scarce – so scarce in fact, that it is used as currency. The hazardous environment also means that you will spend a chunk of time searching for filters for your gas mask, an important aspect of both the game-play and the increasingly isolating tone. Like Naughty Dogs’ magnum opus, taking on enemies head-on is a sure-fire way to die quickly. Stealth and evasion are your friends and the mechanics work quite well, despite the first-person perspective. 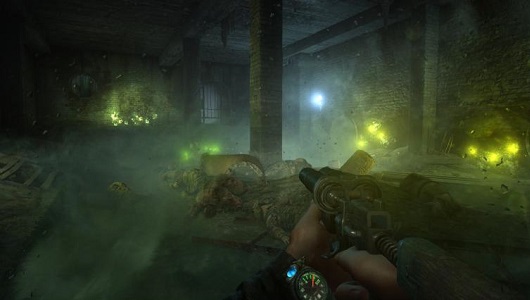 Outside of the story and game-play, the locations the games are set in, all feed into the ambience of the Metro world. The crumbling architecture and hand-crafted shanty town-like habitats give the games a gritty reality that helps to draw you in more. The weapons and ammunition all evoke that same scraped-together feel. In combat, you can choose to use the expensive but effective military-grade bullets or rely on the hand-crafted bullets that might not give you the stopping power you need when you trigger finger is forced!

The success of the game’s oppressive atmosphere is marred at times by some disappointing glitches. Non-player characters will often stand idle until you move to just the right trigger point. If you do not behave in a certain way at points, you are mercilessly punished until you get it right and the right way of doing things is sometimes not immediately apparent. 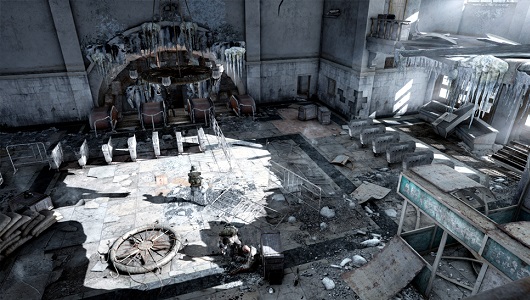 Given my scared-y cat tendencies, the switch to a more action-oriented game for Last Light is welcome. I can imagine purists might say that the game is dumbed down compared to 2033, but it is unquestionably a more enjoyable experience in this format. There are still some defecation-inducing moments in Last Light’s wastelands, but the game is clearly more focussed on giving the player a bigger map to explore and a wider selection of routes to take.

For those looking for a new first-person experience on their new console, Metro Redux is certainly that. While 2033 makes the jump to the current gen with some rickety old legs, Last Light looks every bit the current gen darling. Getting both games, and their DLC, for the price of one makes this an easy recommendation.