Review: The Wolf Among Us: Episode 5 – Cry Wolf

The final episode of Telltale’s The Wolf Among Us has now been released. Cry Wolf brings to an end Bigby Wolf’s five-episode investigation into the murder of two Fabletown inhabitants and while the game may not have had the emotional punch that Telltale’s other key franchise had in its finale, The Wolf Among Us manages to end on a satisfying note.

Over the course of each of the previous episodes (Faith, Smoke and Mirrors, A Crooked Mile and In Sheep’s Clothing), we have got to know Fabletown and its denizens. We may have been familiar with them from the fairy tales we grew up with, but their forced exile to the real world has thrown them into a new light. Quickly we learn that the versions of their stories we heard as children were far more sanitised than the true events, leading to bitter rivalries and poisonous relationships among the citizens. Fabletown has been becoming a far more fractured place and the recent murders immediately become a tipping point for the community. 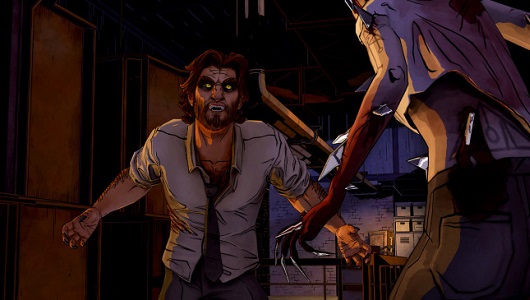 Bigby’s investigations into the killings have taken him to the brink of his conscience – on a few occasions, perhaps he went over the edge. Cry Wolf allows us to make the final decision on Bigby’s character. While your past actions may either limit your options or garner you support, decisions made now carry immediate consequences. It feels more impactful knowing that each choice in this episode will be counted – not remembered and recalled much later.

For those who were paying attention during the previous episodes, Cry Wolf offers not only pay offs regarding the main plot points but also to the numerous character moments you will have spotted throughout the narrative. Given the nature of the world Bill Willingham has created in the Fables comic book series on which The Wolf Among Us is based, not all of these pay offs are necessarily good for the characters though. 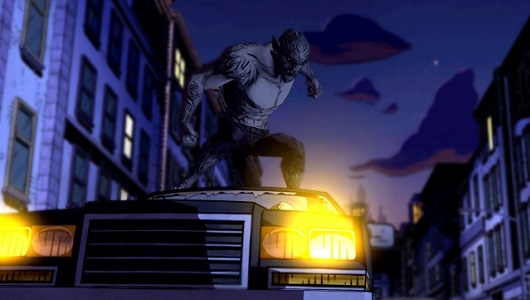 The ending of episode 4, In Sheep’s Clothing, set up a tantalising encounter with what has been tipped as the big bad of the game (no pun intended). Cry Wolf opens and immediately starts with a bang. Events occur which set in motion the rest of the episode. Even at this early stage, you are forced to make decisions which shape how the rest of the episode plays out. Having played through the episode twice just to confirm, the differences are significant – though not to the point where the ending will feel completely new.

As with each episode of The Wolf Among Us, Quick Time Events (QTEs) are used during fights and chase scenes. Given the issues with the game engine I have mentioned in the other episode reviews, these moments tend to be peppered with frustrating glitches. However, it was during Cry Wolf that I had my first failure due to these issues. A fight with Bloody Mary became a chore when a number of prompts didn’t appear and I was hit repeatedly. 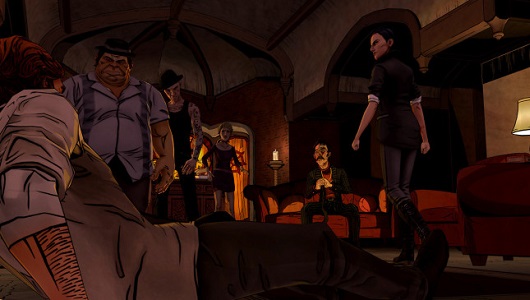 Despite a large focus being placed on Bigby’s character and his actions, it was refreshing that a number of other, smaller characters get enough time to develop into relatively rounded characters – specifically Georgie, the Crooked Man, and Nerissa. Once again, the general tone of Willingham’s world almost dictates that happy endings are relegated to the Pudding & Pie strip club – but almost all of the characters we meet throughout the story get a satisfying ending. Despite this satisfaction, the final scenes leave more than enough ambiguity and intrigue over the events of the game to make me hunger for a second season.

The mix of genre displayed in this one episode is also deserving of praise. The terror felt during the Bloody Mary fight, ratcheted up based on prior encounters with her, is palpable – especially when she showed her true colours. A chase scene is followed by a confrontation which is at times tense and tender. The courtroom-like events at the climax of the game are dramatic and well-delivered. Overall, Telltale have shown a story-telling skill that rivals that of most TV shows and movies. 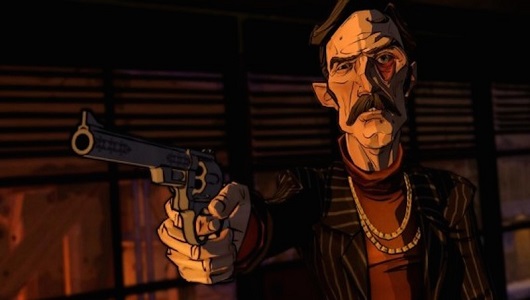 The Wolf Among Us ends with a bang in Cry Wolf. For anyone following along, it provides a satisfying ending to a series filled with equally rewarding moments. For those out there waiting for the entire game to be available on a next-gen system, it provides one hell of a reason to be excited for its eventual release later this year.