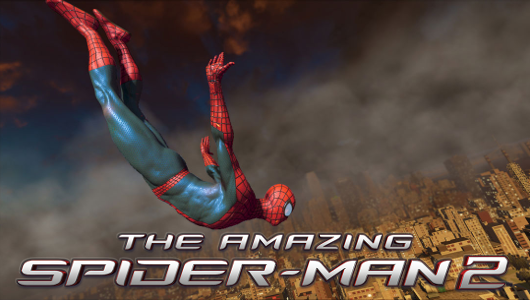 Review: The Amazing Spider-Man 2: The Game

It has been 10 years since what is arguably regarded as the measuring stick of Spidey games swung its way onto our respective home platforms – of course, I’m talking about Spider-Man 2: The Game. Ever since then, we’ve had titles that have tried to improve on the formula and even reinvent the series, and every time they are always met with the same complaint… not as good as Spider-Man 2. Well, now it seems we’ve gone full circle, as Activation have just released their next big tie-in game to the series, in The Amazing Spider-Man 2.

The Amazing Spider-Man 2 follows a similar path to the movie of the same name, though this iteration builds upon the storyline set in its previous video game title. You once again assume the role of young Peter Parker, fresh from ridding Manhattan of its cross-species infestation including hybrid Lizards, Scorpions, Rhinos and other monstrous creations as his superhero alter-ego of Spider-Man. Now looking to take out the city’s more everyday threat of street gangs and Russian mobsters, it’s not long before Spidey is faced with new opponents wanting to take the web-slinger out of action for good. As you’d expect with the majority of Spider-Man movie tie-in titles, it’s not only the advertised big-screen villains joining in with the fun and games but also some familiar faces from comic book lore step up to the plate too. So with the likes of Electro, Green Goblin, Kingpin, Shocker (heh) and Carnage stacking the deck, stepping into the tight boots of old Web-Head for this adventure should bring something for every Marvel fanboy to enjoy.

It is without a doubt that the biggest part of every Spider-Man game is the ability to web sling and fortunately, that is where this game delivers. Finally going back to a style similar to the puppet system of old, you control each of Spider-Man’s arms using the controller’s left and right triggers. While this is a nice change, it’s still a rather dumbed down version of the control scheme that many fans have been wishing to return. Many of the previous game’s mechanics also make a return including the web rush (slowing downtime to target your direction), and in fact, during certain levels (inside buildings, etc) the control scheme completely reverts back to its older version.

Whereas the game’s swinging open-world style is fun and looks great, it isn’t enough to carry the rest of its dated gameplay decisions and leaves The Amazing Spider-Man 2 falling flat on the pavement from a snapped web line.

Even though you have a decent amount of Supervillains to help flesh out the game’s story, they all pretty much amount to the same thing in the end. Discover bad guy, learn a new move, engage in Boss Battle that involves you using the said move. It’s a similar technique used in the Batman Arkham series, just more simplified. Pretty much every boss fight is the same; getting you to attack, web rush, maybe use Spidey Sense when they hide, then rinse and repeat. This is with exception to when you have to fight Electro – who is by far my favourite boss in the game – he’s not at all challenging, but he is different enough to cause excitement and causes one of the more spectacular looking battles in the game.

Between tracking down and fighting Spider-Man’s gallery of rouges you’ll find yourself swinging around the Beenox vision of Manhattan (shrouded entirely in high rises), either looking for comic book pages, snapping photos or fighting crime in some way. During this time you’ll notice the menace/hero meter, a sort of morality system that judges you on how many side missions you’ve done. Laid out across the map are icons for various mission types – fighting gang thugs, rescuing a civilian and taking them to a hospital, finding a bomb and lobbing it in the water, taking action during a car chase, beating up bad guys in a shootout with police, and rescuing civilians from a burning building.

Completing one of the side missions will earn you points to increase your hero meter and not taking part will have the opposite effect. Build your hero meter up and you’ll gain stat points for whichever Spider-Man suit you are using if your menace meter should creep up however then you’ll have more advanced enemies to take on. I actually abandoned my attempts in clearing side missions after a while for a few reasons. Firstly the perks of levelling up your suit seemed rather pointless as they didn’t actually see to make any noticeable difference. Following the completion of each task you are interrupted by a clip from Daily Bugle News that details the exact mission you’ve done, these are repetitive and seemingly unskippable annoyances. The side missions are rather simplistic and once you’ve saved a hostage from a speeding car there isn’t really much versatility in doing it another 10-20 times. Finally, I actually preferred bigger and badder guys stepping out of the woodwork to try and take me down. It proved for a better challenge between the game’s 14 story levels and didn’t break up my game with forced cutaways.

Probably the biggest gripe I have with what is essentially a timed morality system is the need to constantly grind with little payoff. When constantly adding an infinite number of side quests, you feel less like Spider-Man and more like you’re just wasting time. One of the reasons that I love Arkham City so much is because of the way it gives you the ability to immerse yourself in the game and feel like you’re controlling Batman and not just playing yet another open-world game.

Not stopping with the Arkham comparisons, there are also both forced and optional stealth missions. These can be a nuisance when trying to use a control system for being out in the open world and swinging from buildings to suddenly having to manoeuvre your way around smaller indoor spaces. However, when playing the stealth side-missions (of which there is a handful), you are actually rewarded with new costumes like my favourite from Spider-Man 2099. I felt more encouraged to play through all of these missions to see what new Spidey skins I could acquire more so than the previous game’s side missions of being rewarded for photographs you’ve taken, though this probably has more to do with the movie type descriptions given to each one than the actual missions themselves.

Combat is perfectly usable, but at the same time is a simplified copy of (can you guess) the Arkham series. To say the majority of Spider-Man’s melee fights are easy is an overstatement, as I fought a fair chunk of them using one hand. One button to attack, another to block and a web button, a simple system that is effective and has at this point been adopted by the vast majority of modern games.

When comparing aspects of last-generation consoles and the current, there isn’t a huge difference. Load times are huge, draw distance isn’t great and the game’s visuals aren’t amazingly superior (although the PS4 does have a wonderfully rendered Spider-butt definition). I have experienced some huge glitches like falling through the ground or a building, but luckily any game-breaking bugs were few and far between. Visual problems though are aplenty –  in one cutscene, Harry Osborne was holding a drink whilst talking to Peter and it’s colour expanded out across the screen. Add that to the hugely out of time lip-syncing, texture popping and poor looking character models.

Other than the improved web-slinging mechanics, the only other good element that exists in this average Spider-Man game is the attention to detail for fans of the character and the comics. You’ll find yourself pushing through the average gameplay because there’s tons of cool outfits, comic book pages, concept art and even more to unlock. Oh, and of course, Stan Lee is in the game too (always a bonus).

Improved web-slinging over previous titles
A nice chunk of collectables to suit any Spidey Fanboy
Though simple, the combat system is competent
Repetitive side missions
Short campaign
Numerous visual bugs

Being a long time Spiderfan, I’m always eager to try out the next game in the hopes of finding the one that can do for the Spider-Man experience what Arkham has done for Batman. While The Amazing Spider-Man 2 isn’t the worst title in the series, it falls short of great games like; Spider-Man 2, Web of Shadows and Shattered Dimensions. I’m sure true Marvel fans will enjoy the attention to detail in characters and references scattered throughout the game, but others will more than likely just see this for the average movie tie-in title that it truly is.