Last night, I got the opportunity to attend the Curve Digital 2014 Showcase – a preview event to show off the publisher’s upcoming titles heading to all current PlayStation platforms. After their success porting games like Thomas Was Alone, Proteus and Lone Survivor: The Director’s Cut to Sony’s devices, Curve Digital are keeping the gravy train rolling with three new titles, to be released in the coming months.

Here are the games I got to play:

Clearly inspired by games like Space Invaders and Galaga, Titan Attacks is a 2D arcade shooter from the team at Puppygames. Taking control of your customisable ship, you are tasked with blasting waves of varying enemies out of the way. While similar to more recent games like RESOGUN in their focus on score-chasing, online leaderboards and bragging rights, Titan Attacks also features an upgrade system and depleting resources.

As you destroy ships and collect defeated pilots, you earn money. This can then be used to bolster your ship with upgrades to your weapons or shields, as well as replacing items like smart bombs. Between waves, you are allowed to purchase these items. As things become more difficult (and boy, do they become difficult!), you have to weigh up buying that shiny new weapon, or replace your failing defences. 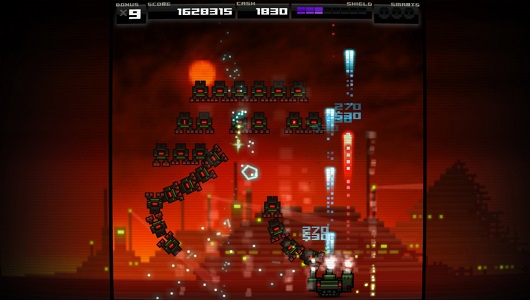 Coming to all three main PlayStation platforms, and featuring cross-buy and cross-save functionality, Titan Attacks looks like the perfect antidote to an arcade shooter itch.

Probably the best known of the three games I saw, The Swapper is the debut game from Facepalm Games. Released last year on PC and later on Mac and Linux, it garnered a lot of critical praise – it currently has a score of 87 on Metacritic. 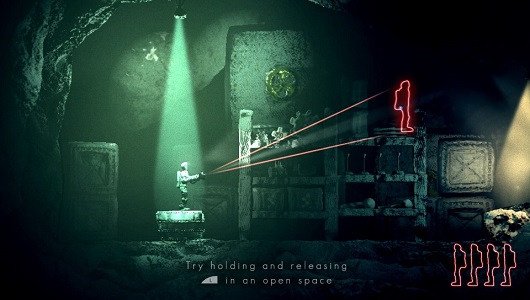 Making the jump to Sony’s devices, The Swapper is a visually-impressive puzzle platformer. Using a cloning device that allows you to then control up to four different versions of yourself, you must make your way through various levels that will remind you of Metroid. The game is brilliantly designed and like all of the best puzzle games, makes you feel like a genius when you succeed.

With a fascinating story and superb aesthetic, The Swapper is well worth exploring if you missed it previously.

One of the first things I thought of when I saw MouseCraft was Lemmings so I was not surprised when the developers mentioned it as an inspiration. Set inside the lab of a mad cat scientist – who evokes memories of Tom and Jerry as well as Dr. Emmet Brown – you are required to safely navigate three mice through various obstacles and pitfalls to get to the goal made of cheese (obviously).

Manoeuvring Tetris-like shapes around the level, you must create paths for the mice to follow. As well as simply reaching the end goal, you are also asked to collect crystals throughout the levels to maximise your score. Some of the later levels provide some real headscratchers which may quickly lead you to mouse genocide if your patience wears thin! 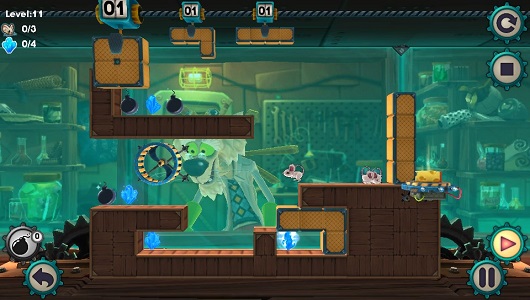 I found the best control method involved using the Vita’s touchscreen to move pieces into their appropriate positions. Hopefully, more device-specific touches like that will be added. In either case, MouseCraft looks to be a fun, charming title – just try to avoid the rodent killing.

What I was impressed with most was the variety of titles Curve Digital are bringing to PlayStation. For me, The Swapper looks like a winner but whatever your tastes, there should be at least one game that catches your fancy.