A Strider remake has been the subject of rumours and speculation for years. A version was in development in 2009 by Grin, the guys behind another Capcom remake; Bionic Commando Rearmed, until they declared bankruptcy later that year. As the Swedish developer disappeared, so did any trace of a new Strider, and it wasn’t until 2013’s San Diego Comic-Con when our hopes and dreams became reality once again, and a Strider remake was officially announced.

Little over half a year since its announcement, Strider is finally here. Now developed by Double Helix Games, the studio that brought us Silent Hill: Homecoming, and Killer Instinct for Xbox One. With this in mind, it’d be forgivable to approach Strider with an air of apprehension. Forgivable, but unwarranted, as Strider has turned out surprisingly well.

Less of a reboot or remake, Strider feels like a love letter to the arcade and NES versions (which were very different to each other), and Strider 2 (the official Capcom sequel, not the awful Strider Returns). The story is basically the same as the arcade classic, and sees the hero Strider Hiryu fighting his way through Kazakh City on a mission to defeat Grandmaster Meio. It’s been padded out, and Strider is a lot longer that its predecessors, but I have to admit, even after a couple of playthroughs I was left scratching my head at what exactly was going on.

There have been some huge changes made from the original formula in order to truly update Strider, giving it a much more modern feel compared to its source material. Gone is the short, mission based gameplay of old, replaced instead with an open world consisting of various areas that can be visited on a whim once the relevant upgrade has been collected, making it closer to games like Metroid and Shadow Complex. 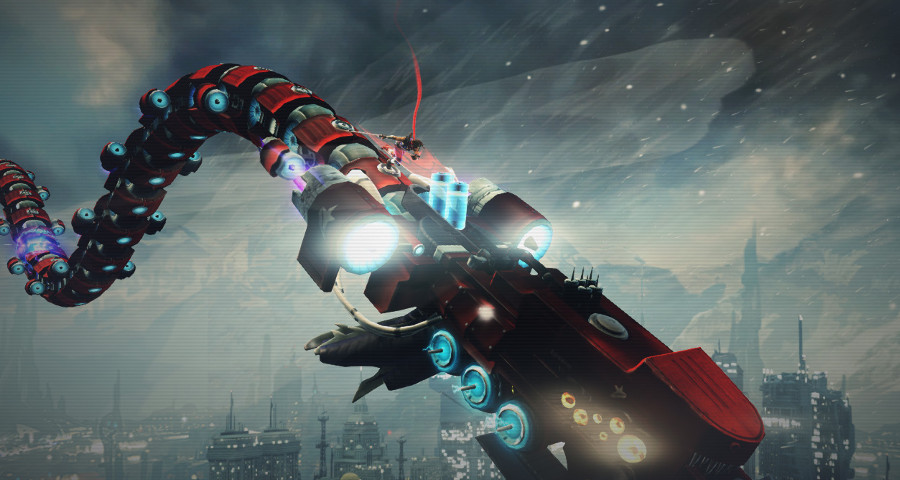 Traversal around Kazakh City is fantastic. As well as the fast paced hacking and slashing, Hiryu is free to climb practically any surface. This allows for some sneaky hiding places for the collectibles, and some absolutely huge maps. I did find exploration to be leaning toward the side of tedious in places, however, this was not because it felt like a grind, but because there is a noticeable change of pace when heading off the beaten track. The speed that Hiryu travels at can make some traversal feel a little clunky too in places, but for the most part it’s smooth sailing.

Upgrades come in a variety of forms from health and energy upgrades, to special moves, and different plasma types for Hiryu’s sword, Cypher, which also change the colour of Hiryu’s signature scarf depending on which plasma is currently equipped, which is a really nice touch. Everything is hidden away in the depths of Kazakh City for our hero to find. There are also collectibles to be found in the form of artwork, and new costumes, amounting to an insane amount of things to find that will keep players exploring for hours.

The only problem I have with the upgrades, specifically the Cypher upgrades, is the way they are spaced out. For half of the game I found myself facing more difficult enemies more frequently, and the constant bashing of the attack button started to become increasingly dull as the harder enemies take a bit longer to kill. After I found the first Cypher upgrade the game started to become fun again, as I was able to cut my way through hordes of enemies with ease again. However, around an hour later I’d also found all the other upgrades. It was as if the developers forgot to put them in during early development and just kind of threw them all in the second half and hoped no one would notice. 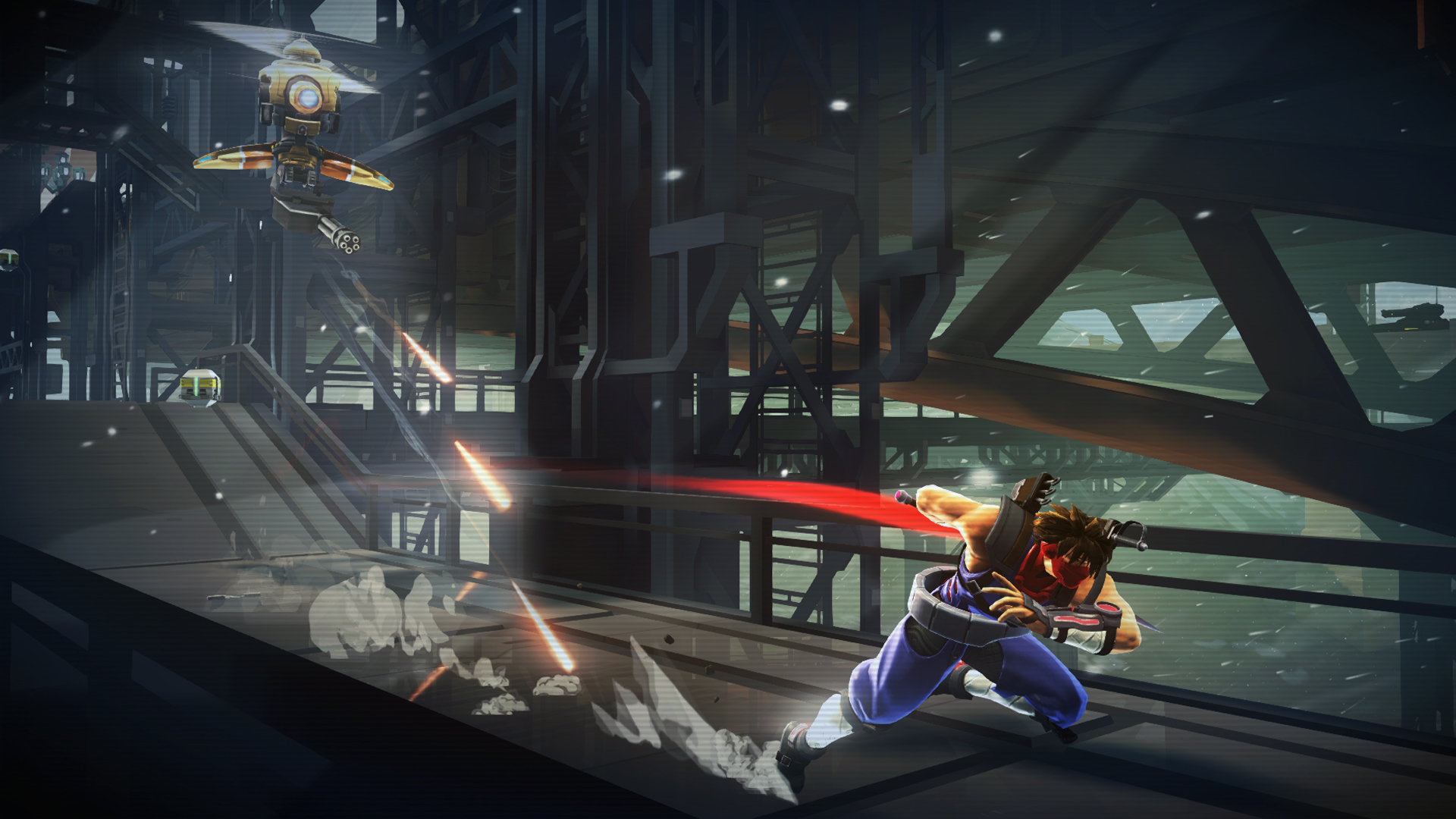 Strider also suffers from inconsistent difficulty, which often spikes and drops from one extreme to the other, making it more irritating than challenging in places. It doesn’t break the game, but it did cause me to walk away on a couple of occasions shaking my head. The bosses suffer with this too, as once their attack pattern has been worked out they go from challenging to coma inducing easiness. Throw in a couple of repeated boss encounters, and Strider begins to feel like a relic from Capcom’s glory days, which is by no means a bad thing.

The fan service in Strider has to be applauded. Not just for fans of the series, who will no doubt be smiling at the return of some familiar faces, but fans of Capcom in general will get a kick every time an achievement pops and they are greeted with a slice of Capcom history. I don’t want to give anything away, but the achievement names are absolute genius.

Strider’s visuals are gorgeous, boasting some incredibly vibrant environments. Kazakh City is huge, and each zone has a very distinct style and colour. It makes exploration and progression that bit more rewarding, especially when entering a new area and being met with something completely unexpected. The Underground Temple in particular stood out for me, with its use of blues and orange creating an environment unlike anything else in the game. 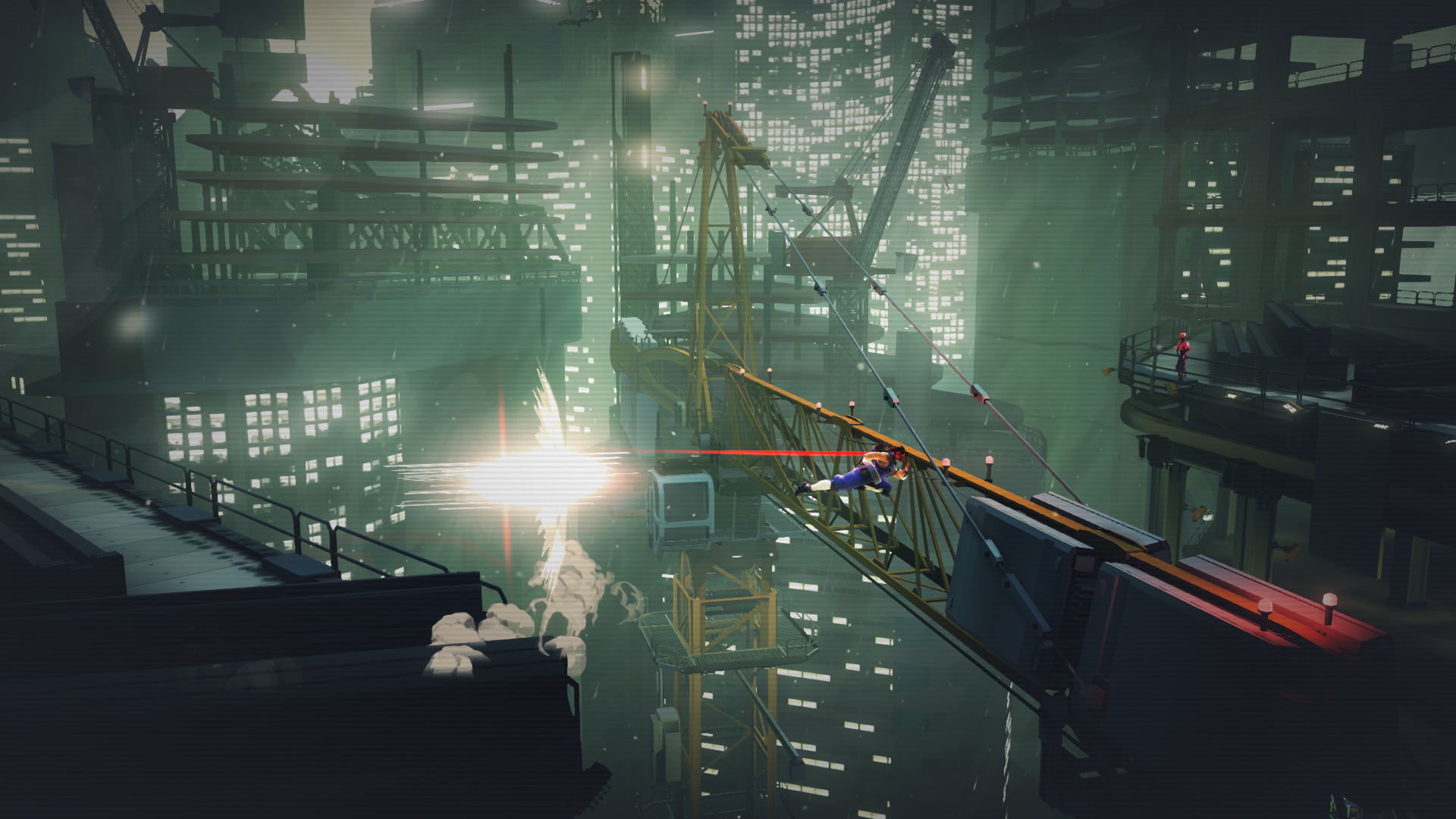 Unfortunately the same cannot be said for the enemies, which are often just palette swaps of old enemies. Cutting through countless numbers of identical foes gets old quickly, and I feel a little more variety in enemy design would have made a huge difference.

That’s not to say there isn’t a bit of variety; as the game progresses a couple of new enemies make an appearance, but it’s usually just for a particular section, and once that’s over and done with, it’s back to cutting down clone after clone.

Despite the repetitive combat, and inconsistent difficulty, Strider is a fantastic game. It’s easily completable in an afternoon, and even has an achievement for finishing it in less than four hours. It has that ‘just one more go’ quality to it that a lot of games are missing, and whenever I’d get stuck during a particular area or boss battle, I couldn’t wait to get back on it with revised tactics.

Strider feels familiar, and fresh at the same time, and these are fantastic qualities for a ‘reboot’ to have. It’s far from perfect, but that just adds to the charm. I can easily recommend Strider to fans of the originals and series new comers alike.