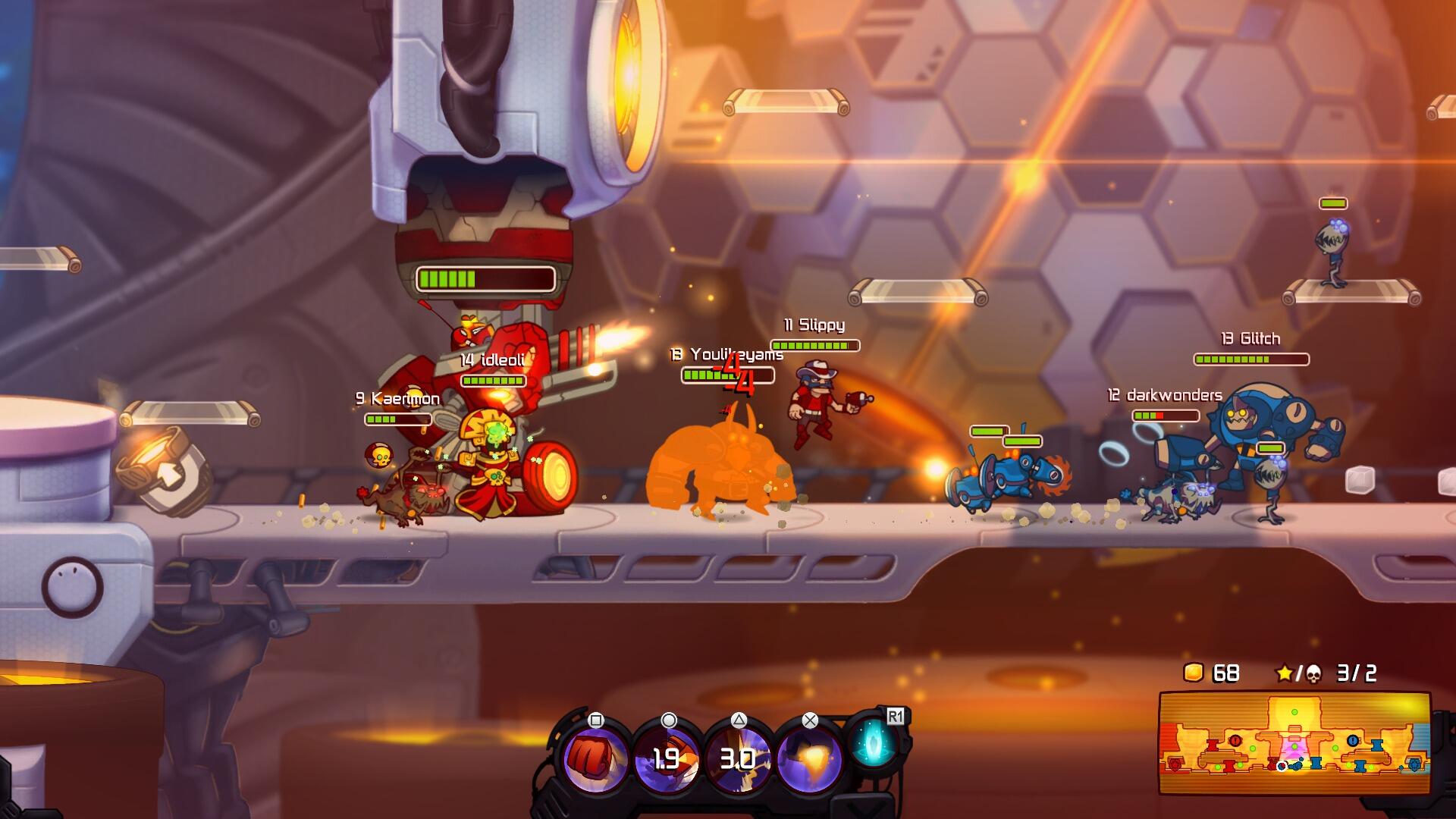 This is Awesomenauts‘ bait-and-switch tactic, one that can make or break the game depending on your attitude towards games in the vein of Defense Of The Ancients and League of Legends. From the outside, it’s a side-scrolling action platformer with space cowboys and secret agent frogs throwing punches and sticks of dynamite. Stick your toe in the water and it sucks you into a world of deep upgrade trees and overwhelming stats: damage-per-second, attack speed, range and cooldowns. In short: as before, Awesomenauts is not a game you can dip in and out of; it requires a very real and long investment to get the best from it, something that its simple presentation conceals at first glance.

We’ve largely covered the game’s mechanics in detail in our original review which you can read here, and as such, they’re largely unchanged. Major changes have come in the form of new classes and the rebalancing of those classes. The roster has expanded to 15 for Assemble‘s release and many are balanced just so. Playing with or against the majority of classes is usually a fair and entertaining fight: I tend to favour brawler classes such as Skolldir, who combines punches and throws with a ranged earthquake attack, but there are enough variations of support classes, harassers, pushers and tanks to ensure all players are sure to find a favourite.

There are some balancing issues that come with an expanded roster: Ayla, a close-range brawler, has a Rage mode which steals life from other players at a devastating rate. Fully powered up, it can take your entire team to push her back. It’s not fun, especially since quitting the game impacts the XP you receive in the next game, leaving you in a Saturday morning cartoon Catch-22. 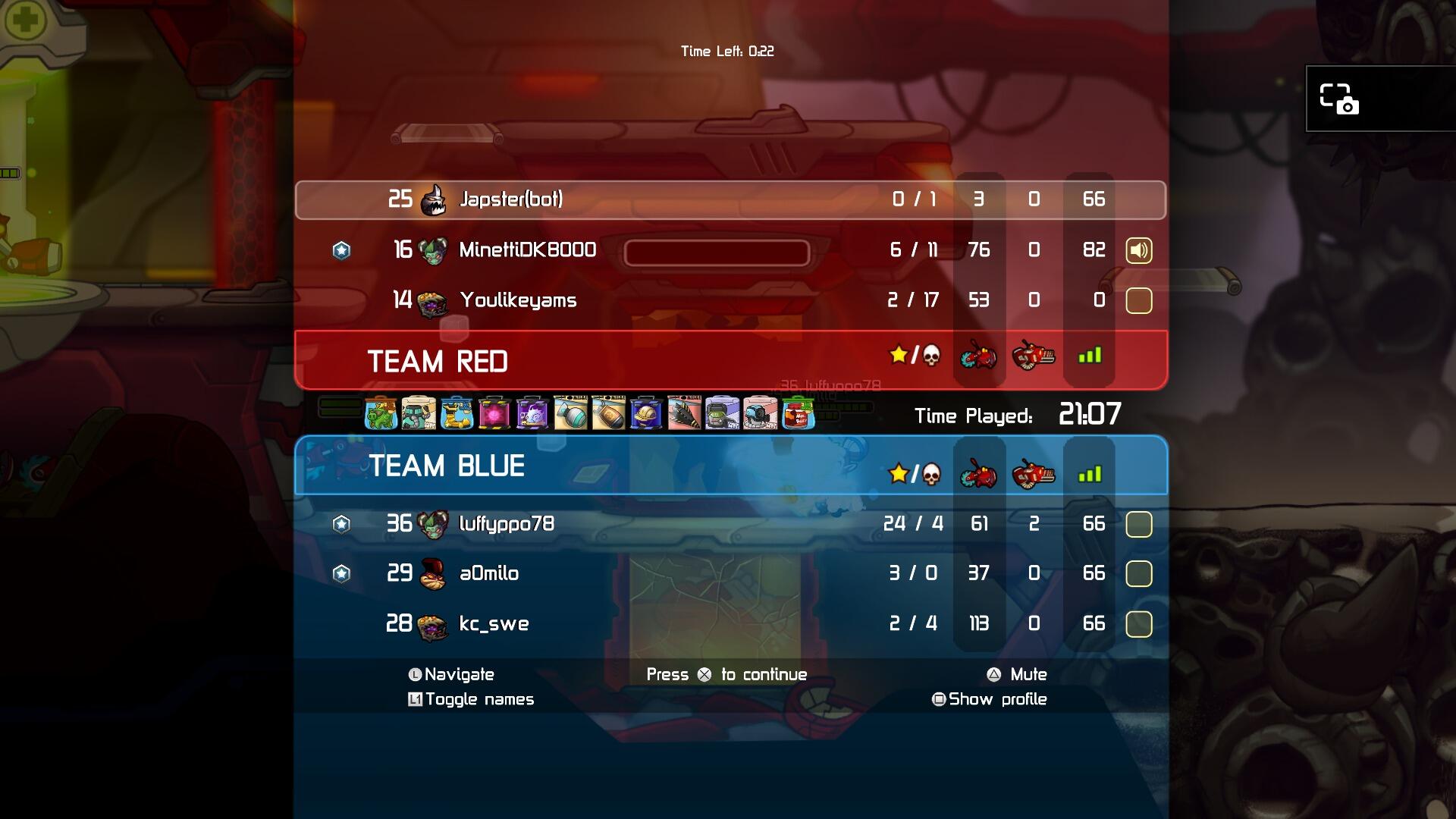 nope.jpg: you might be able to guess who played as Ayla

There’s simply no skirting about it: this is not a game for part-time players. Once you join the Awesomenauts you go hard or go home. It’s brutal that way, but the dedication pays off in the long run once you move up in the game’s own leagues and unlock more perks for your chosen classes.

The big question hovering over Assemble is whether it’s worth the investment as a veteran Awesomenauts player on PS3 or Xbox 360 – that’s largely for those players to decide. MOBA virgins could do worse than this for an introduction to the genre. It’s still a very solid, charming game where depth is masked by chunky visuals and deceptively simple game mechanics. Its bait-and-switch tactic will probably dissuade some, but stay a while if you can manage: Awesomenauts is still great fun, provided you invest enough time to open it up good and proper. While avoiding matches with Ayla in them.