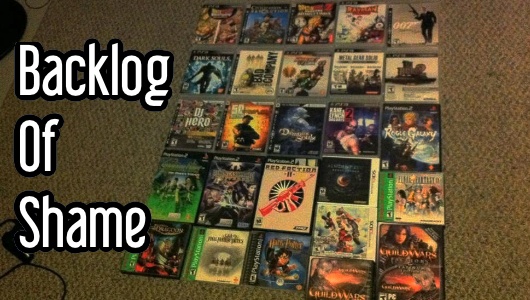 Christmas of 2009 was when I got a copy of Demon’s Souls. It was a present from my Dad and while it was something I wanted, it wasn’t really up there on my wish list to the big fat Christmas man or anything like that – at least I don’t remember it being. When I unwrapped the package and looked at the cover  of the game, I was incredibly excited. Maybe it was because I wasn’t actually expecting to get it as a present, or maybe it was because I was far more excited to play it now that  I actually had it. Regardless, I was able to sneak away after the gifts had been opened and try it out while breakfast was being cooked. I remember seeing videos and hearing a lot about Demon’s Souls which is what got me interested enough to ask for it for Christmas. I had heard that it was quite hard and even a little confusing, and being the cocky punk kid, I was back then I figured Demon’s Souls would be a cakewalk. It’s easy to watch someone play a game like Demon’s Souls for the first time and be bad at it while you make fun of them, but I eventually learned that it was a completely different experience to play it by yourself and not suck in the beginning.

The next four years consisted of me starting and stopping the game multiple times, creating a new character every four to six hours or so. The mistake I made was that I almost always used the same character class or similar class every time and never really bothered experimenting. The classes I would use were always either Wanderers, Knights, or Warriors, all fairly melee focused classes. I would only beat the first couples of bosses before I either got bored, got frustrated, or got lost, and usually a couple of those would happen at the same time. When that happened I would delete the save and come back later on to start a new character and try to figure out where I went wrong. Sometimes it seemed like I wasn’t strong enough for what I was trying to accomplish and I would spend more time trying to level up. There would be other times where I would try and backtrack through a level to see where I went wrong, and sometimes I would focus on trying to get better weapons, armor, and items in hopes that would somehow make the combat easier. Take all of those attempts at trying to beat the game and giving up, times them by about five or six different characters, and you can see why Demon’s Souls sat on my shelf unfinished for so long. 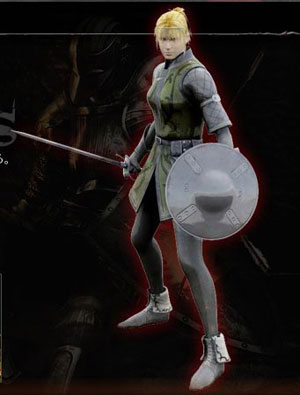 And we’ll never be royals, royals!

With the rapidly approaching release date for Dark Souls II I felt a bit inspired to dive back into Demon’s Souls and see that game through to the end once and for all. Instead of playing a Warrior, Knight, or Wanderer like I did all of the other times, I instead opted to try the Royal class for my playthrough. Royals are an interesting class because they actually have the weakest stats out of all the classes. They make up for that however by having pretty good starting equipment and they can also easily be specced out to accommodate for any sort of play style. I primarily played as a melee character but also dabbled a bit in magic thanks to the beginners spell that comes with picking the Royal class. The starting classes are basically rough guidelines of how you’ll probably want to spec your character, but you can do whatever you want to your character if you want to. I never attempted to try any magic when I was first playing because none of the melee focused classes come with any sort of magic abilities, and I frankly wasn’t going to bother putting skill points and souls towards magic if I would be starting from the  bottom. With the Royal class coming prebulit with a little magic in mind I was actually interested in seeing if I could combine the melee focused characters that I always played as and include a bit of magic as a sort of get-out-of-jail-free card when I found myself in a bit of a jam.

Picking the Royal class ended up being a great idea. Not only was I able to stick close to my melee focused roots, but I was also able to hit the magic every now and then when I needed to weaken enemies from a distance since I knew I couldn’t win one-on-one with them having full health. During my playthrough I never seeked out any better magic spells beyond the beginner spell I started out with. That meant the spell stopped being super useful after a while, but I was able to find a sword that had increased bonus damage that scaled with my Magic level. Meaning that if I increased my Magic, not only would my fairly weak spell be slightly better, but my sword would also do more damage. It was a win-win situation even if I didn’t have a better spell to take full advantage of of my increased Magic ability.

By being fairly versed in the art of cutting dudes like the badass I thought I was and effectively exploiting my new found love of magic, I found the enemy encounters to be fairly easy. Maybe easy isn’t the right word, but it wasn’t as hard as you would expect coming from a game as infamous as Demon’s Souls. That being said, I had made a bunch of characters before so I had kind of figured out a fair number of the enemy attack patterns already. Even the boss battles weren’t that hard. Once you have studied them long enough even the attack patterns become fairly obvious and in a lot of cases the same strategy can be applied to the other bosses. Just wait for the boss to do the attack that staggers them if they miss you, and then either attack them or roll around to their weak side and attack them there. That is basically what I did for every boss battle! For a game as infamous as Demon’s Souls you would think that the boss battles would be a little harder than that, but with the right equipment and being at the right level some of the bosses can be pieces of cake. 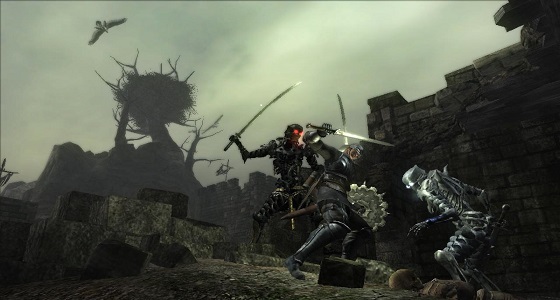 Hey man, I have a bone to pick with you.

Going through the game I learned to appreciate the Royal class more and more, and the longer I played the more I thought that playing the game any other way would be impossible. That thought alone is what I think makes Demon’s Souls brilliant. There are a good number of classes in the game but I couldn’t imagine playing the game any other way.  That being said – part of the fun of the game is experimenting with all the different weapons, tactics, and classes to see how you can approach each of the different levels and boss battles. I could never imagine being a slow moving Knight or a Hunter who focuses on bow and crossbow combat. The combat style, weapon, and armor choice all depend on your matter of taste. Being the fast moving and agile character works wonders with getting around to the backside of characters for backstabs, but you better make sure you dodge those attacks because you aren’t going to be able to take a ton of hits. I prefer to try and balance between being fast with  the character movement and attack speed and being able to take some hits as I tend to be a bit sloppy with being defensive. I would love to try and play a different character next time, unfortunately I found myself being sucked back in with New Game + with my current character. There are things I could have done differently that would make another playthrough with the same character fresh and unique. Not only are the enemies tougher in terms of damage output and total health, but it balances out because I am just as tough in terms of total level and I also know the layout of the levels and the attack patterns of the enemies well enough that I am less likely to walk into traps as easily. 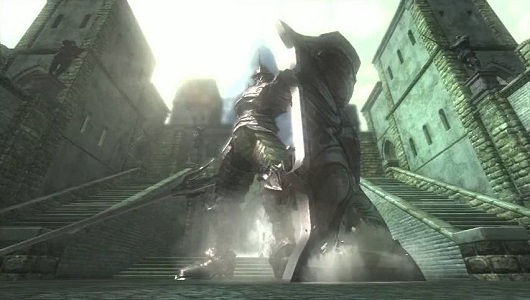 The bigger they are, the harder you… die?

But alas, I will never get through the games in my backlog if I stick with certain games just for New Game +. If you can find a copy of Demon’s Souls or you received it for free on PS+ a couple months back I would seriously consider checking it out if you can. What Demon’s Souls lacks in terms of clarity and proper explanation, it makes up for being having incredibly satisfying combat, offering an amazing swing of high and low emotions, and being an incredibly awarding game once you have climbed the mountain made of your own corpse. Demon’s Souls is hands down one of the best games I have played in a very long time and I am glad I was able to finally play through it after having it for so  long. If you dare try Demon’s  Souls just remember to be patient and dedicated, and don’t be afraid to die again, and again, and again.