Ever since both new consoles were revealed early last year, one of the most prevalent aspects of the machines’ feature set has been their respective abilities to share. Being able to share your screenshots, video clips and even broadcast your gameplay is a blatant import from the PC gaming world that has taken centre stage this generation. However, at the time, it was probably the least interesting part of the consoles in my eyes. Since launch though, sharing content has exploded. In its first month on release, PlayStation 4 gameplay accounted for 10% of all the streams on Twitch.

Even now, I am not a regular streamer. In fact, I have only done it a handful of times and only ever to test its functionality. But even I can attest to its addictive nature – suddenly realising that you have people watching your gaming session is a thrill. Since launch, I have also shared some gameplay clips of Battlefield 4 and FIFA 14 online, either because I thought it was a funny moment or because I wanted to show off to my nephew! In fact, my first act when playing a PlayStation 4 game was to take a screenshot and share it on Facebook to let my brother know I got my console. 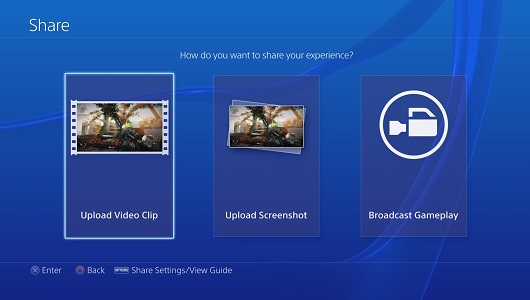 Before I became a convert to the ways of showing off, I knew why Sony and Microsoft had introduced these services. Not only did these serve as features that could be touted as next-gen; not only did they give a growing element of the gaming community what they had long asked for, it also provided the console makers with unlimited, free advertising. When you watch a clip or broadcast of a friend or complete stranger on the Live from PlayStation app, you will see a rather innocuous button hovering meekly underneath the stream, giving you the option to buy the game you are watching if you don’t already have it. If you already have it, you get the option to join that person’s session – further propagating the advertising yourself.

A few times now, I have been itching for a new experience. Normally, this is satiated with a quick scroll through Let’s Play videos on YouTube in order to find my next gaming purchase. Since launch however, I have used the broadcasting and video sharing functionality to my own ends – and ended up purchasing Trine 2 because of it. 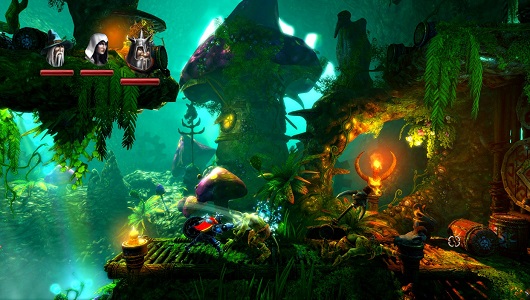 With the Xbox One about to join the broadcasting party on March 11th, the audience for this technology will continue to grow. As the app was developed in collaboration with Twitch, Microsoft’s offering is far broader in scope – allowing users access to the entire library of Twitch streams. This is divergent from Sony’s more walled approach in limiting streams to those coming from PlayStation 4 consoles around the world. This actually illustrates the differing views the companies hold on this feature – Sony see it more as a social advertising tool, while Microsoft continue to push their machine as an all-in-one device.

Though this technology is nothing new to many in the PC gaming community, innovation still lives. One of the most exciting pieces of news to drop recently was regarding a game I know I will never play. Like Outlast before it, Daylight is outside of my wheel house in terms of genre (yes, I am a scared-y cat). The feature that I have latched onto however is its integration with the broadcasting functionality of the new machines. As you play (‘cos it certainly won’t be me), people watching your channel can trigger scares by using keywords in the chat section. The example used in explaining the tech was the word ‘meow’ – if a viewer types that word into the chat, in-game, you would suddenly hear a cat. These are the kinds of innovations I am most looking forward to this generation. What if Dark Souls 3 allows viewers to spam the player with gargantuan opponents to face? Kev will probably squeal with glee at the prospect! 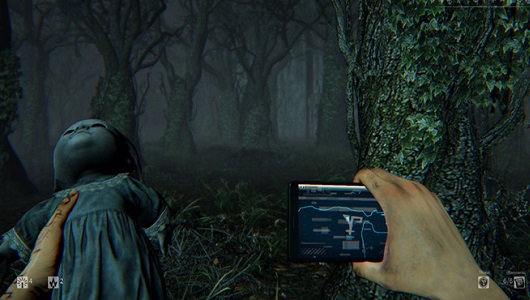 With the Xbox One about to join the broadcasting party on March 11th, the audience for this technology will continue to grow. My plan for this year’s Extra Life has already been updated to include lots of streaming and, thanks to the massive sales figures for the next-generation consoles, should mean that I am not alone on October 25th. If you have one of these newfangled gaming machines and want to dabble in the pool of nervousness and glory, the upcoming release of games like Titanfall may provide the perfect opportunity to start. 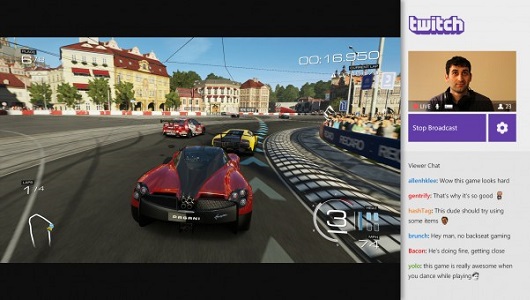