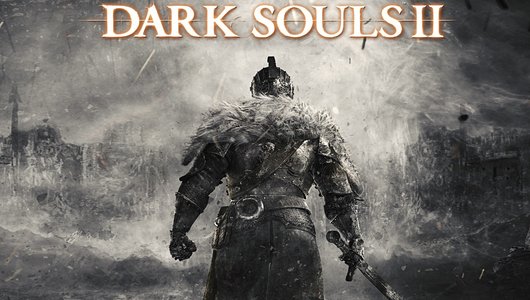 Demon’s Souls and Dark Souls have become legendary in terms of their difficulty. Upon Demon’s Souls release, I remember only the most hardcore of my friends even dared attempt it, and their efforts and eventual completion were met with complete respect from the many other gamers they associate with. When Dark Souls was released little over a year later, a few more people braved the adventure, and since then the two titles, especially Dark Souls, have grown in popularity.

I, however, have never played either. I enjoy a challenge as much as anyone and am usually the first to scoff at complaints of a title being ‘too hard’. But there was something about the stories of Demon’s/Dark Souls that put me on edge, like an disembodied voice in my ear whispering “keep away…” whenever the games were mentioned. At a very base level, I think a part of me was frightened to play them, or more specifically, be defeated by them.

Over time, this feeling has changed; I’m no longer afraid of being defeated, I’m more afraid of being disappointed that the games won’t live up to the hype I’ve created for them in my head. For the same reason I have never seen, and partly refuse to watch, The Exorcist; there is no way the movie can be as terrifying in real life as the edit that has been circulating in my imagination for over 20 years.

I realise these fears are irrational, and to an extent just plain stupid, so when I was given the opportunity to go to the Namco Bandai offices in Hammersmith one dreary afternoon to try out the soon to be released Dark Souls II I jumped at the chance. After all, there’s no way the game can be as punishing, unforgiving, and unashamedly soul destroying in real life as it is in my head, right? 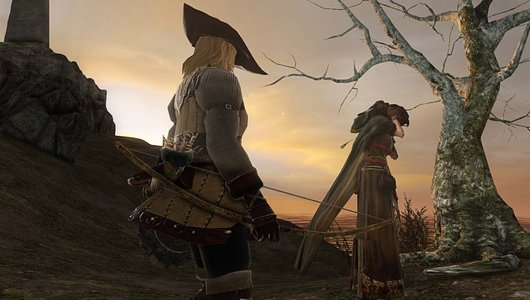 We were led into the playing area and told we could take pictures of the enormous statue and various banners on display, and as there was no embargo we could tweet away to our hearts content. We took our seats and after a few minutes we were pulled kicking and screaming into the world of Dark Souls II.

As with most ‘western’ style RPG’s (before you start, yes I am aware it’s a Japanese game, that’s why ‘western’ is in inverted commas) there is a character creation menu. I didn’t spend as long as I would have liked to in here, which is one of the issues I have with these timed previews. I once spent around three hours in the Oblivion character creator trying to create a replica of my face, which as you can imagine, didn’t work at all. From what I saw of it, the character creator in Dark Souls II is quite basic, although there are a few advanced options for the more attentive customiser.

The game began with a seriously impressive video that I was praying would be in-game engine, and in a trend that continued for the rest of the afternoon, my prayers went unanswered. Once the game began it became glaringly obvious that the intro movie was pre-rendered as the in-game graphics really aren’t that impressive, resembling something closer to an up scaled PlayStation 2 game than one released at the peak of last gen.

I’ve never been one to put visuals ahead of gameplay though, after all the worst looking meal can taste like a dream, just ask a drunk man with a kebab. Sadly though, for everything it does right, Dark Souls II does a few things very wrong with its gameplay. My first few complaints were a few decisions with the control set-up, which felt closer to an FPS than an RPG. I wouldn’t exactly call them counter intuitive, just… fiddly. Games like Skyrim manage to pull off a similar control scheme in a much more natural feeling fashion. I find controls that go against what feels ‘natural’ can break immersion, as things which are second nature in most games do something completely different here, it just feels wrong, and on more than one occasion, I found myself tripping over the controls. 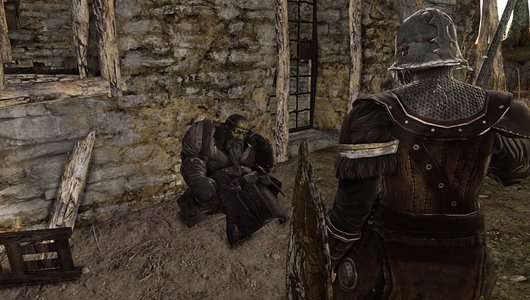 As the game has online capabilities (which I had turned off for the preview) the game does not pause when the menu is brought up, which caused a few problems in itself. I’m fine with games not pausing when a menu is opened, I play Final Fantasy XIV so know the drill. The problem with Dark Souls II was closing the menu – whenever I’d be sorting out my inventory and was attacked I’d close the menu and retaliate, only instead of attacking I’d just cycle menus because I hadn’t pressed the cancel button enough times. It was frustrating, and made me start to question whether this franchise’s legendary difficulty had more to do with it being broken than challenging by design.

Another thing I noticed was when enemies were attacking, if they were a certain way through their animation they were momentarily invincible, making their attack impossible to break. However, I could have my attack broken no matter what point of my attack animation I was in. It’s a similar tactic used in some fighting games, and makes the challenge feel cheap – which is a shame as it makes the game appear to lack polish.

For every complaint I have about Dark Souls II though, I have a bucket of praise ready to rain down on it like confetti at a questionable wedding. As infuriating as the constant dying can be, nine times out of ten it was my own fault, and so with each retry I learnt where I went wrong, and with each lesson I progressed a little further. I could actually feel myself getting better, and that was incredibly rewarding.

I found that as prone to cheap deaths as I was, so were the enemies – on one occasion, I came across a hulking armour clad knight, capable of killing me with two swipes of its unnaturally large sword. I backed off to watch its attack animations and get a feel for when to attack, and as I did so it followed. I found myself backing up onto a narrow path with a steep drop on either side, and I was dangerously close to the edge. The knight swung for me, and I rolled out of the way. It turned to meet me, but trapped in its attack animation it was unable to stop, and off the shear drop it fell to its instantaneous death. It was glorious. 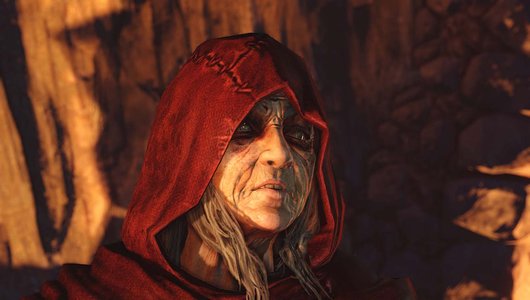 A new addition, or so I’m told, is the inclusion of optional tutorials to help new comers ease into the inevitable kicking they’re about to receive. I used them, several times in fact, as I often found myself dying shortly after finishing them and losing the souls I’d acquired. The tutorials are set out as doors on either side of a narrow path, leaving those who feel confident enough to begin without a bit of hand holding free to do so.

There were various environments on show, each falling into the standard fantasy RPG template – but what else is there to find after a walk through a forest than abandoned ruins? There was a clearing that could act as a kind of hub area; a camp fire to rest up and restore weapon condition, surrounded by various shops and NPC’s. Not all the buildings could be accessed from the get go as they needed keys to open, but I thought this was a great design choice as it stops the possibility of the player kitting themselves out at the beginning of the game after some intensive soul farming. What better reason to explore an increasingly deadly landscape than the promise of new gear?

Even with my varying complaints I had a lot of fun, and in hindsight I’m beginning to think a lot of them were me desperately grasping for excuses as to why I kept dying – “it’s not my fault I’m bad, your damn game is broken!” At the end of the three hour session we had a look at our total death count – I managed to die a total of 35 times, which I didn’t feel too bad about when compared to another poor victims 75 deaths. In fact, for my first ever attempt at a Souls game, I was quite proud.

Dark Souls II is shaping up to be a great game; visually sketchy at best, this is a title built up around gameplay. It takes no prisoners, and the smallest mistake is met with agonising death. But for each retry, a little more progress is made, and with each progression another victory, before another inevitable defeat. It is certainly not a title for the faint of heart, and ‘casual’ gamers should steer well clear. 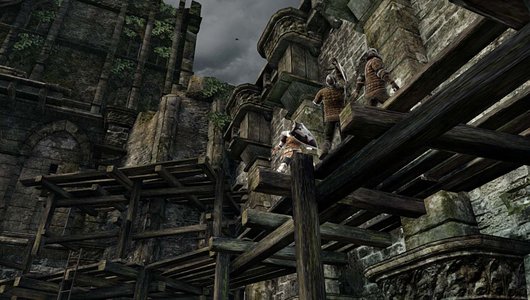 Looking back, I wouldn’t say my fear of playing the original Dark Souls was irrational, in fact, as someone who hates losing it was perfectly legitimate. However I end up rationalising it, I can honestly say that my previous fear is gone, and I will be picking up Dark Souls to let it punish me relentlessly, up until Dark Souls II launches in March 2014.