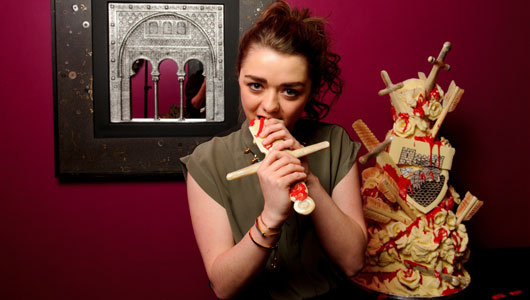 Arya, a Blu Ray of Fire and Ice and Red Wedding Cake

On Tuesday night I attended a screening to celebrate the launch of Season 3 of Game of Thrones on Blu Ray and DVD. Even though the audience of journalists and bloggers were punctuated by a number of super fans, it still appeared as though it was more than just those fanatics that were whooping and hollering their way through the introduction in a cosy, London hotel’s screening room.

The heightened level of excitement in the room was palpable when being introduced by the HBO master of ceremonies, at this point we knew that one of the actors from the series would be in attendance, but was unaware who. When it was announced that Maisie Williams was the one being interviewed by way of introduction, the room fell silent with a sharp intake of breath — at least I think it did, that may just have been me. If I had my pick of female characters from the series to meet I have to admit that Daenerys would be my first pick (and yes for the obvious reason – she is the only one with pet dragons!) But Arya Stark is undoubtedly one of the coolest characters in the series and I would be surprised if she was not among most people’s favourites. Which in a series so heavily packed with great characters to both love and hate, is high praise for such a little lady. 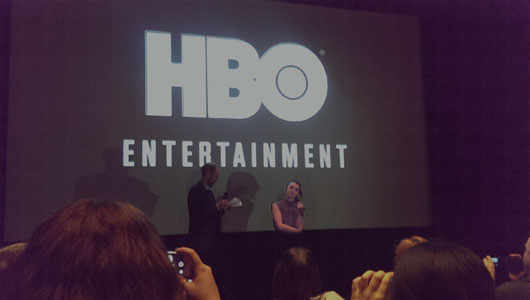 I only mention her height as she brought it up first. At just five foot tall, Maisie Williams describes what it is like to film scenes with her seven foot tall co-star, Rory “The Hound” McCann. “When I first got through the script for those last few episodes I just remember reading scenes and laughing and finding them absolutely brilliant. Even though Arya isn’t having the best time with him, I think their relationship is really, really interesting — they kind of love to hate each other — I am use to working with Rory now. There are so many pictures and stills of me just talking to Rory like this [looks dramatically upwards] and to me that is normal, that it is what it is like with everyone really as I’m only five foot. So I’m looking up to everyone, there is rarely a time that I am looking someone in the eye.” 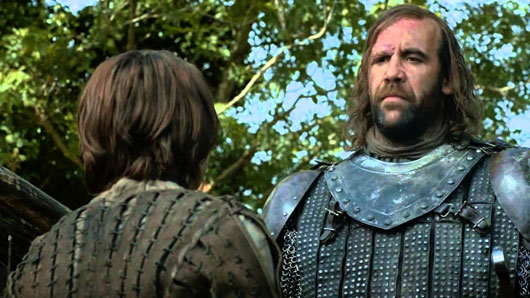 Nearly as tall as Maisie, the centrepiece of the evening was a signature cake provided by Choccywoccydoodah. A Red Wedding cake special design that had the broken sigil of House Stark with daggers and arrows covered in blood, all lavishly designed in chocolate. We were also informed that the other ingredients were; “Rum, raisin and a dash of Stark blood.” Not only did it look spectacular, but as they were kind enough to give me a slice to go home with, I can also happily and greedily report that it was delicious.

According to Christine Taylor, the founder of Choccywoccydoodah, it took four “key team members of our cake team” over 20 hours to create. “We were thrilled to be given the opportunity of creating the ‘Red Wedding’ cake for Game of Thrones. Most of Choccywoccydoodah are avid fans of the series and the idea of creating a cake for this most powerful of all episodes blew us away.” 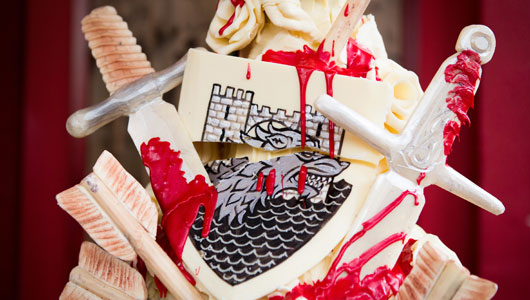 The Red Wedding was the centre of attention for the evening as we were shown a making of documentary, named “The Rains of Castamere Unveiled”, which is featured on the new season three Blu Ray. It is a near blow by blow, behind the scenes, multi-screen detailed description of the whole episode featuring the bloody Red Wedding. The daunting massacre of an episode makes for a fascinating insight into how the series is filmed. I will not spoil the content of that for those that want to watch it, but suffice to say that it was enough to convince me to pick up the Blu Ray box set (after it comes out on Monday) as even though I have watched the episodes numerous times on Sky, I would like to delve deeper into the making of some of the other signature episodes. 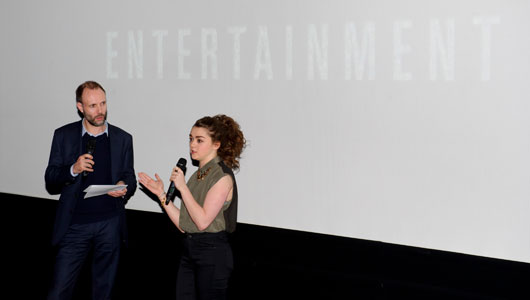 Maisie did talk about the Red Wedding episode and the audience’s reaction to it, with a funny tale of a video of a women weeping at her cat and acknowledged that it showed they had done the scene justice; “It was heartbreaking and really sad but you know you have done it right when the audience are crying.” Maisie also went on to talk about the Vine that she posted after the episode went out; “I knew it had been aired in the States, I posted that and the response to that was crazy and it went viral and people were tweeting me about it for months.”

Maisie went on to talk about the change in Arya over the first three series. “When I first auditioned for Arya is was for a fun loving tomboy who spoke her mind, as the series has gone on I feel like the character has really progressed and changed. She is definitely not the Arya I auditioned for. Which is not a bad thing, I think it is fantastic that she is toughening up.”

It sounds like she may need to be tough judging by what was said about her continuing journey in season four and by the sounds of it Arya will be stuck with The Hound a while longer; “This year we see a definite change in the relationship between Arya and The Hound, she is not trying to kill him anymore and he is putting up with her. They’re not friends by any means but they are still trying to get on a little bit better. He is still unpleasant to her and still shoots her down whenever she gets sassy. Those scenes were fun to do. Arya is becoming a different character — we saw it a little bit at the end of last series — she is definitely toughening up and learning a lot from The Hound. His way of doing it. She is still keeping her training from Syrio but I feel like she is gaining influences from The Hound from being with him so long.” 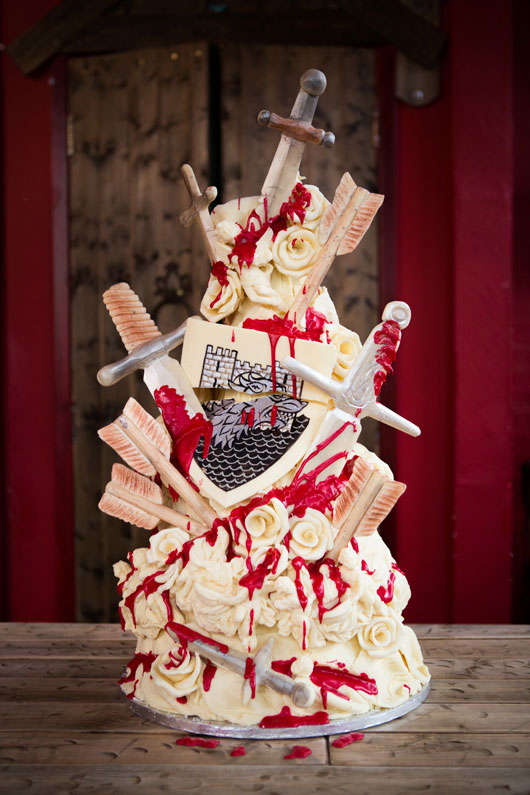 The most surprising fact of the evening was when Maisie revealed that, as Arya was written as a left handed character in the book, Maisie had learned to do everything, including swordplay, with her left hand, despite being naturally right handed; “In the series, I’ve learnt to do the swordfighting or any time I’m pouring a drink or anything, I’m doing it all left handed — at the time it was a great idea but now I’m regretting it! But it keeps it interesting and Arya has a little bit more swordfighting this year and I had a great time with Needle again.”

The night was a great reminder of how much I enjoyed season three and has only further whet my appetite for the return of season four in April. Game of Thrones is a story that develops great characters that fans find easy to have an emotional connection with and then swiftly, brutally rips them away from you. It makes for gripping viewing and helps ground the fantasy in the realms of reality. As one of the production team puts it in the making of documentary;”Just as in real life, sometimes the best of us don’t make it to the end.” 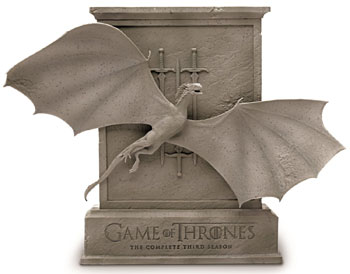 The Game of Thrones Blu Ray and DVD box sets of season three and of all three seasons so far, are released in the UK on Monday 17th February. Season four will start on British screens when it airs on Sky TV on the 7th April.