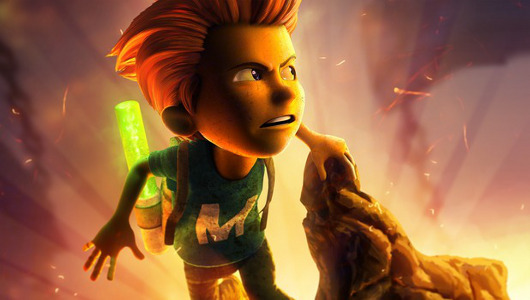 Review: Max: The Curse of Brotherhood

Does anybody remember platformer games? They’re the bread and butter of video games in my humble opinion. They saved the games industry from almost certain death in the 1980’s and got us to where we are today. It’s been a while since I’ve sat down to enjoy one properly however as they seem to be few and far between these days – until now.

Max: The Curse of Brotherhood is a 2.5D side-scroller platforming game with puzzle elements and the sequel to Max and the Magic Marker. You play as Max, a young boy who is pulled into a mysterious world after accidentally wishing for his brother to disappear. There isn’t much in the way of story in Max: The Curse of Brotherhood similar to a game such as the original Super Mario Bros. Your one and only objective is to get to the end of the game and rescue your brother.

The game starts out like any traditional platformer. You attempt to navigate obstacles and avoid getting yourself killed by falling off levels and by running into enemies. That being said, if you do die the game is very forgiving and generous with checkpoints. The game reloads in a split second if you die too, so you’re instantly back trying to complete a puzzle or get round an obstacle again with little delay. 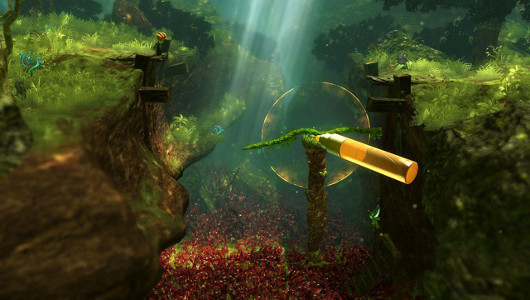 As you progress you’re eventually given access to the magic marker from the previous game. The magic marker allows you to solve puzzles using a variety of powers which you gain by progressing through the game such as the ability to raise land, draw tree branches and vines or creating a water flow. The drawing mechanics aren’t exactly smooth and they can be somewhat awkward using the Xbox One controller. There were a couple of puzzles where you have to time yourself in order to advance and this leads to frustration and drawing the same object multiple times in order to get it right. Powers are colour co-ordinated too – land powers are orange, water is blue and branches are green etc. – and this can again lead to frustration particularly in the later lava world of the game. Trying to find the location of a land power – orange – in amongst lava isn’t easy and led to multiple deaths.

Each stage introduces a new power whilst also incorporating the older ones you’ve already obtained. The only problem is that Max: The Curse of Brotherhood doesn’t necessarily tell you how to use these powers in certain situations and this can lead to you becoming confused about what to do to progress. The gameplay at its core is a lot of fun though – if a little fiddly at times – and it does make you think about how to solve puzzles, which is what I love about platformers. 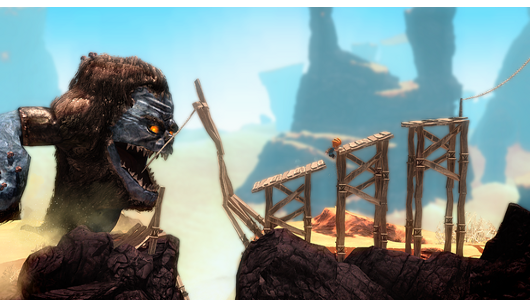 The game looks gorgeous running on the Unity engine. It also has an adorable charm to it, with some cheesy jokes and one liners thrown in for good measure. However, behind the gorgeous design, there are some frame-rate problems which are very noticeable. Cut-scenes in particular have substantial frame-rate drop when compared to actual gameplay and it’s very hard to ignore. Gameplay itself doesn’t suffer from it as much but does suffer the occasional drop.

The game itself also isn’t incredibly long either, clocking in at about five to six hours. After the credits roll, there isn’t really very much in the way of replay value – unless you feel like going back and collecting all of the evil eyes and amulet shards scattered throughout the level.

If you’re big on platformers or are looking for a change of pace with your games then I can fully recommend Max: The Curse of Brotherhood to you. Despite it being a rather short ride with a few technical hiccups and questionable design choices, it was still an enjoyable experience to play through.

Charming, gorgeous and fun
A few technical issues such as frame-rate drops
Is rather short-lived with very little replay value

Overall, Max: The Curse of Brotherhood is a fun little platformer and is just a taster of what is to come in terms of downloadable releases on the Xbox One. With Microsoft giving indie developers access to the Unity engine – that Max runs on – we’re sure to see a whole array of unique games in the future from up and coming studios. For now though, Max: The Curse of Brotherhood is a game that anyone can pick up, play and enjoy.