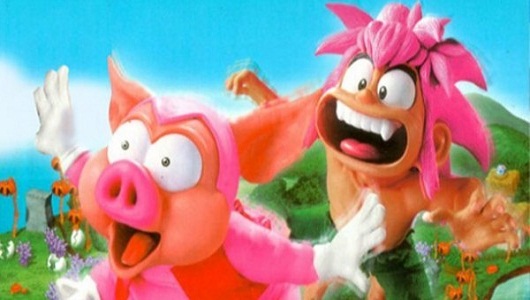 If You Get The Chance, Check This Out: Tomba!

The point of this new series is for me to talk about and suggest games that some people might have missed out on when they first came out. This isn’t supposed to be about talking about underrated games, but instead I’m just going talk about why a certain game is cool, what it is about, and why it may be worth your time. All of the the games I talk about will be ones I consider good for one reason or another, but the might not always be for everyone. I’ll also make sure to mention where you can go to play/purchase the game if it interests you. With all that being said, let’s talk about Tomba!

Tomba! was a side-scrolling platformer for the PlayStation released in Japan in 1997, and in North America and Europe in 1998. It was developed by the now long defunct Whoopee Camp and published by Sony Computer Entertainment. The gameplay was fairly simple: you hit stuff, you jumped on stuff, you solved some puzzles, and you fought some bosses. Even with it’s familiar mechanicsTomba! was still a cool game for a couple of reasons: For one, Tomba himself was kind of cool because he was essentially a crazy Japanese version of Tarzan. He was still a shirtless jungle boy/man, but he had crazy pink hair and jumped on his enemies biting them to stun them. The game was mostly in 2D which meant it didn’t have the ugly look of a very early 3D game like some other titles at the time did. Because of that it had a pretty sharp and colorful look to it as well as having some pretty wacky and exaggerated animations. The soundtrack was catchy as well, and the actual platforming gameplay was good too. The platforming gameplay walked a fine line between being both loose enough. and tight enough but was just hard enough to get you mad at times. 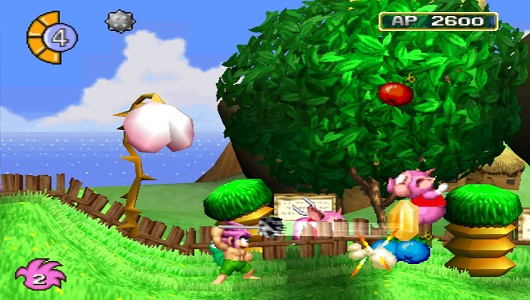 For me though, the most interesting part about Tomba! was it’s RPG-like mechanics. Besides simply running and jumping and fighting enemies you also could talk to people and take on various side quests. The side quests would usually reward you with various items and upgrades and would sometimes allow you to access new areas. For completing quests you would also be rewarded with AP (adventure points). AP would sometimes be required to prove to characters you were enough of a badass to take on their task, but it could also be used to open AP chests and boxes that would have loot in them. The other RPG elements in Tomba! was the inventory system; where you could select your clothing, weapons, food and other items, as well as look at your stats and quest log. You also would earn EXP and level up by jumping on and killing various enemies. There were different EXP bars depending on the enemies you were fighting, but in all honesty I never noticed a big difference other than the different attack patterns of each enemy. 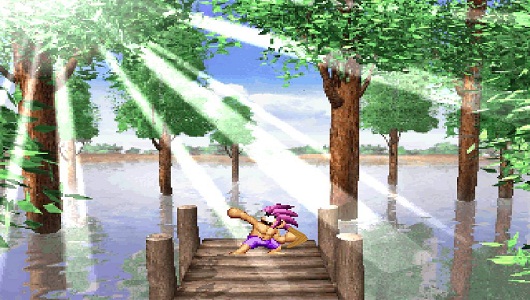 Say what you will about the look of PlayStation games, but Tomba! is a fairly pretty game.

If  Tomba! seems like a game you’re interested in, all honesty, it’s a game probably worth your time. Great 2D gameplay combined with some well implemented RPG elements make for a really cool, if not kind of quirky game. Tomba! is out as a PlayStation Classic on the PlayStation Network for $10 and is absolutely money well spent in my opinion. This game was a favorite of mine when I was a child and it still hold up incredibly well today. There was also a sequel for Tomba! developed by Whoopee Camp and again published by Sony Computer Entertainment called Tomba! 2: The Evil Swine Return. Tomba! 2 is being released as a PlayStation Class on PSN sometime February and is also worth checking out if you like the first game. Tomba! certainly isn’t a perfect game, but it is one of the coolest PlayStation games released and could easily appeal to a lot of different people. So if you get the chance, you should check out Tomba!

Tags: If You Get The Chance Check This Out, Tomba!, Tomba! 2: The Evil Swine Return