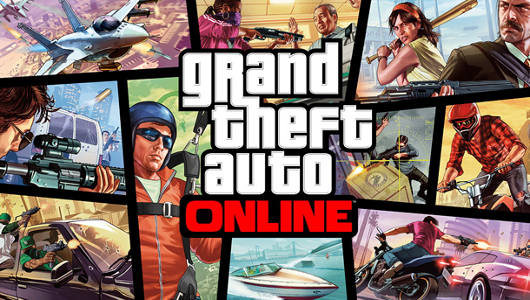 With all of the next-gen hubbub still in full swing I decided to revisit one of my favourite games from 2013 this week – it wasn’t exactly a great experience if I’m being honest.

Grand Theft Auto V has been out for just over four months now. Whilst the single player aspect of the game is still one of my highlights of 2013, the online portion of the game is possibly one of my biggest disappointments in recent times. 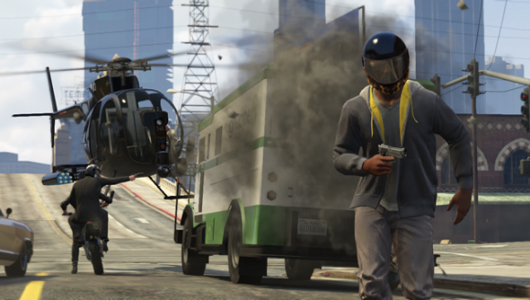 It’s restrictive, punishing and – above all else – boring. For a game where you play as a criminal there’s very little you can do without the game calling you out for it. For example, let’s say someone’s chasing you around in a car and shooting you. If you blow them up to escape, then you’re the one who gets punished for it by being labelled a “bad sport” and only being able to play with others who have earned that title. If you want to mess around with friends and you die over and over again then you’ll be losing your in game money. Simply put, you’re punished for having fun. Grand Theft Auto has always been about open ended and unrestricted chaos and Grand Theft Auto Online is entirely unrepresentative of this fact.

Even the brand new creator tool to make your own races and deathmatches is restricted. The areas you’d want to build in such as airports – open areas which could act as a blank canvas – are out of bounds for building!

The character building and economy aspects of Grand Theft Auto Online also sucks the fun out the experience. You have to be a certain level for certain vehicles such as aircraft to spawn and once you reach an even higher level these same vehicles get taken away from you! To reach these levels you need to grind out the repetitive races and missions which offer very little incentive for replayability. As for the in game economy, there’s very little that you can spend your money on. You can buy an apartment, garage and vehicles. That’s literally about it. Once you’ve done that there’s very little incentive to keep playing, unless you want to keep grinding out the same repetitive missions over and over for more money you can’t spend anything on.

In my ideal world, Rockstar would go back and rethink the direction Grand Theft Auto Online has gone in. What it needs more than anything is a true “free mode” like Grand Theft Auto IV and Red Dead Redemption, but with the expanded options – such as the creator tools. No money, all the weapons and items unlocked, no consequences for death and no being labelled as a bad sport for killing others. 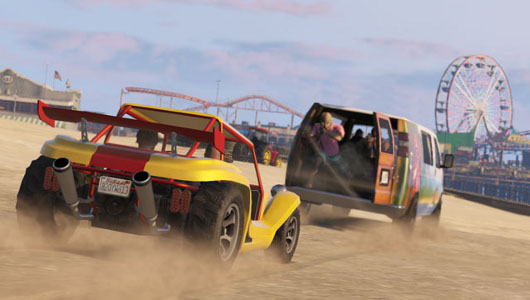 With all of the rumours of Grand Theft Auto V being ported to PC sometime this year I can’t help but feel the PC modding community would fix Grand Theft Auto Online whether Rockstar like it or not – IF the game comes to PC that is. Just look at the recent multiplayer mod for Just Cause 2 that’s gone live on Steam. Gamers are lapping it up and I’ve heard many comparisons about how it’s above and beyond Grand Theft Auto Online.

The the title of this article is unfortunately appropriate. At this point it would seem Grand Theft Auto Online has suffered a terrible fate from which it may not recover. It had so much potential to be the best thing since sliced bread, but it’s become a victim of said potential. Even with the heist missions which are being introduced soon, it won’t be enough to make the game “fun”. You can dump as much virtual money on us as you want Rockstar, it won’t make a difference. When you release the Grand Theft Auto Online experience the community is screaming for, only then will I re-evaluate my opinion.