N.B: This is part two of this guide, you can read Part 1 here

Now we enter one of the most intriguing periods in the Metal Gear saga. Not only are we bridging the gap in time that the next game (or rather, set of games) hopes to fill, but we also go through a change in protagonist. Part 1 introduced us to Naked Snake, begrudgingly known as Big Boss, who has become disenfranchised with the US government, its institutions and life as a soldier under the control of his masters. At the end of Portable Ops, he is also given the resources to strike out on his own and create something he believes in – as we learn in Metal Gear Solid: Peace Walker, that something is Militaires sans Frontières (Soldiers without Borders, for the non-French speakers among us).

Again, just to make it abundantly clear, this article will contain spoilers; specifically for Metal Gear Solid: Peace Walker and Metal Gear, though there may be some from other games in the series. 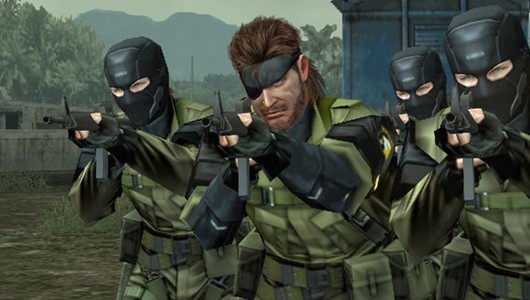 Picking up the story four years after Portable Ops, Naked Snake is now running Militaires sans Frontières, a mercenary unit he created to avoid having to answer to anybody else. One of his closest allies in this new organisation, Kazuhira ‘Kaz’ Miller, introduces Snake to Ramón Gálvez Mena, a potential client – and a student of his, Paz Ortega Andrade. Costa Rica is being invaded surreptitiously by the US’s CIA and Gálvez has been authorised by his government to acquire MSF’s assistance. Initially, Snake is not interested in taking on his former employers, but agrees when he hears an audio tape containing The Boss’ voice, recorded well after her death at his hands.

After making contact with the local Sandinista rebels and their leader, Amanda Valenciano Libre, Snake is tasked with rescuing her brother Chico, who was recently abducted. Once Snake finds and rescues Chico, he makes his way to a nearby base – meeting Dr. Huey Emmerich, a brilliant scientist who has created Peace Walker (not many sniggers from this unfortunately). Though designed as a nuclear deterrent, a CIA agent known as Hot Coldman (OK, now you can snigger) wants to use the system to launch a nuke.

On advice from Huey, Snake proceeds to another base, one that houses Peace Walker’s AI components. Snake meets Dr. Strangelove (not that Dr. Strangelove), the person who designed the AI pods used on Peace Walker; specifically modelled on The Boss’ personality for her strategic decision-making skills. However, Snake fails to destroy the pod and Coldman escapes with the machine.

Making his way to the new base where Peace Walker is now located, Coldman captures Snake and explains that he wants to use it to re-establish the US’s nuclear superiority on the world stage. Snake is then tortured (a recurring theme in the series) to find out more about The Boss to perfect Peace Walker’s AI. While Snake manages to escape (another recurring aspect), Coldman gets away with Strangelove, as well as Paz (as his prisoner).

As if he had not already seen enough military bases to last him a life-time, Snake goes to yet another one to save Paz. However, before he can also stop Coldman from launching a nuke at MSF’s base, some Soviet troops intercede, under the command of ‘Gálvez’, or rather KGB operative Zadornov (dun dun duuuuun!). Zadornov reveals that his plan all along was to instead attack Cuba, increasing Soviet influence in South America. Just as things look dire for Snake, he is saved by the rebels and other MSF soldiers, who bring Zadornov back to Mother Base.

Unfortunately, Snake must still destroy Peace Walker as it has been activated by Coldman. He manages to stop it from launching by not only destroying it physically, but also by interacting with The Boss in AI form. Returning to Mother Base, Huey and Strangelove decide to build Metal Gear Zeke, another AI-controlled machine but this time, under the control of MSF. However, Big Boss, now having come to terms with the title, is forced to take on the mech again when Paz turns out to be in league with Major Zero, who is working against Big Boss and his MSF army, and hijacks the weapon.

Big Boss decides to continue his goal of creating an independent soldier nation – this time, under the name Outer Heaven. 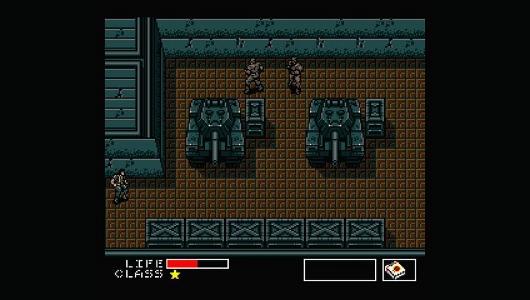 When the US begins to suspect that a weapon of mass destruction is being built in Outer Heaven, they send FOXHOUND (told you this would be important) agent Grey Fox to investigate. Shortly afterwards however, they lose contact with him, with his final message stating “Metal Gear…” Big Boss, now in command of FOXHOUND, decides to send Solid Snake, his newest agent, into Outer Heaven in a covert operation known as Intrude N313 to rescue Grey Fox and complete his mission.

Snake manages to make contact and gain the help of the local resistance forces. They assist him in freeing Grey Fox, who tells Snake that Metal Gear is a bipedal, nuclear-equipped, walking battle-tank, which can launch nuclear weapons from any terrain and it must be neutralised. To help him in destroying Metal Gear, Snake meets Dr. Pettrovich Madnar, a lead Metal Gear engineer, who explains how Metal Gear can be destroyed. However, during this time, Snake begins to notice how oddly his superior is acting.

Putting this to one side, Snake manages to get to Metal Gear and defeat it. His suspicions prove to be correct however, when he is confronted by the mercenary leader of Outer Heaven, Big Boss. His former commander tells Snake that he was working to make Outer Heaven a superpower on the world stage. Underestimating Snake, he had hoped he would mislead the US long enough for him to complete his project. However, after losing Metal Gear, Big Boss initiates the base’s self-destruct and attacks Snake. Snake manages to defeat Big Boss and escape the crumbling fortress. In true Metal Gear fashion, there is also a post-credits message – this one from Big Boss – stating that he will return.

As you can no doubt tell, there is a massive leap in the timeline between these two games. Hopefully, Metal Gear Solid V, through Ground Zeroes and The Phantom Pain, can fill us in on how Big Boss seemingly turns against the US. Part 3 will cover with Metal Gear: Solid Snake and Metal Gear Solid (where I was first introduced to the series) and we learn some interesting things about the relationship between Big Boss and Solid Snake.