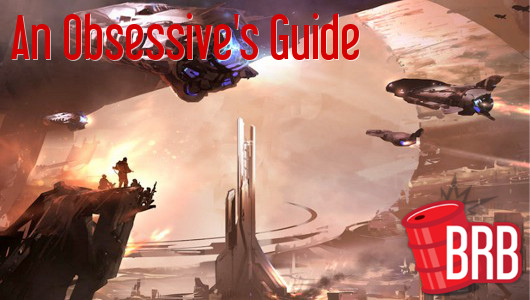 An Obsessive’s Guide to Halo – Part 1

If I were asked to name a game series that has one of the most engrossing, deep and expanded lores when it comes to story, then I would respond “Look no further than Halo.” I’ve always wanted to write about how vast the back story of Halo is – after all, it spans not only games but also novels, comics, anime and there’s even a live action TV programme on the way soon. When the idea of writing “An Obsessive’s Guide” first came to fruition I set about refreshing my knowledge of the franchise and took notes of important events within the universe of Halo.

Warning: These articles will contain massive plot spoilers for not only the games in the Halo series but also the various novels and other media too. Proceed at your own discretion! 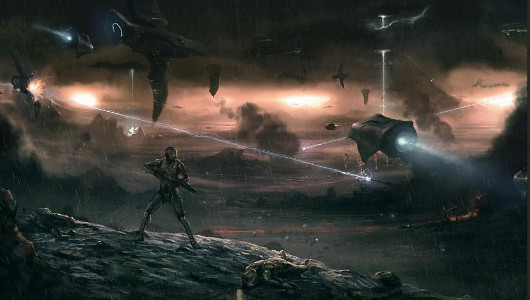 Ten million years after an ancient race named the Precursors were wiped from the galaxy by the Forerunners after they were refused the Mantle – a philosophy and duty to preserve the galaxy – a new species was on the rise that would shape the galaxy for millennia to come. That species was humanity. Hailing from the world of Erde-Tyrene (now known as Earth) the humans made great advancements in their technology and colonized a vast section of the Milky Way. The humans despised being restricted by the Forerunners and the Forerunners in turn saw humanity’s expansionism as a threat.

Humanity’s expansion, however, was not aggression. They were running. A new threat had emerged, a threat which would soon lead to the annihilation of the Forerunners. That threat was the Flood, a parasitic life form which consumed everything in its path.

The Forerunners and humanity engaged in a massive war which resulted in utter defeat for the latter. The Forerunners dismantled everything that humans had ever built and reset them to prehistoric times on their home planet. Unknown to the Forerunners, however, was that humanity had developed a cure to the Flood parasite, and their utter defeat had led to the destruction of the cure. 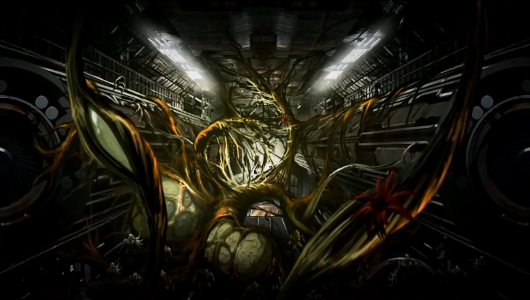 After humanity was out of the picture, the Forerunners came under frequent attack from the Flood. There was next to no way they could combat it and it was discovered that the Flood had originated from outside of the galaxy itself. After the Precursor-Forerunner War, there were a handful of Precursors who managed to escape to outside the galaxy and developed a plan of revenge upon the Forerunners – the Flood was that plan.

The Flood proved to be intelligent, using the Forerunners own vessels to infiltrate their planets and consume their populations. Within a few decades, the Flood had become an ever-growing mass of destruction. The Forerunners were forced to bombard their former worlds from orbit – effectively destroying them – in order to try and stop the Flood escaping off world.

These orbital bombardments were employed to very little success. After 300 years of fighting, the Forerunners were on the brink of extinction and were running out of time. They built the ultimate weapons of mass destruction to be used as a last resort. These weapons were called Halos and would destroy all organic life in the galaxy with sufficient biomass in order to prevent the Flood from consuming it and thus starving the parasite to death.

The activation of the Halos was opposed greatly by one Forerunner; the Didact. He believed that mass genocide would destroy the Forerunners reputation as guardians of all life in the galaxy – as imposed by the Mantle.

At the same time, another Forerunner named the Librarian was hastily moving small portions of the galaxy’s species – including humans and the many species that would later compose the Covenant – to a safe location outside the galaxy called the Ark. The Ark was a location where the effects of the Halo activation would not be felt and from where all of the Halos could be activated at once.

Many planets named Shield Worlds were also built within the galaxy to preserve some Forerunners from the Halo activation so that they could rebuild. 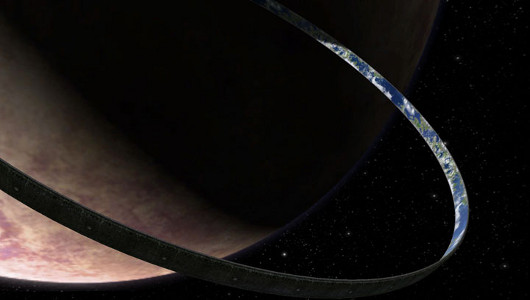 As the Forerunners were gearing up to fire the Halos and store themselves away in the Shield Worlds, one of their own A.I. constructs known as Mendicant Bias was corrupted by Gravemind – one of the most intelligent Flood forms capable of controlling all others – and betrayed them by allowing the Flood into their inner colonies.

Due to the Forerunners becoming overrun, the Halos were fired prematurely – effectively resulting in both a mass suicide of the Forerunners and the annihilation of all sentient life. Only one Forerunner is known to have survived the activation; the Didact. He would not be awakened until after the Halo event of 2552.

Once the Flood had all but died out, Forerunner keyships began flying all of the salvaged species back to their respective home worlds. Humans were left in what is now known as Africa and began to spread out across the Earth once again.

However – unbeknownst to the galaxy at large – the Flood was not completely eradicated. It would once again rear its head and rise against the galaxy. But when that time came, there would be one human who would stand above all others in order to stop it, a SPARTAN super-soldier named John.

In the next article I’ll be covering the area of the Halo lore which comprises the origins of the Covenant and the Human-Covenant War as told by the novel “Halo: Contact Harvest” and the real-time strategy game “Halo Wars” which was developed by Ensemble Studios. We still have a lot to cover!