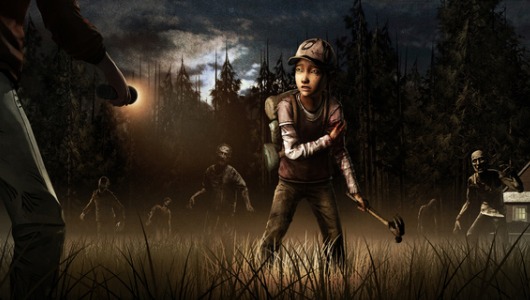 Review: The Walking Dead: Season 2: Episode 1 – All That Remains

The Walking Dead game shook the zombie-beaten ground we walked upon. The final episode sees Clementine, the resourceful 9-year old whom the protagonist, Lee, has been trying to keep safe, leave Savannah after a wholly disastrous visit. Some people had Clementine kill her bitten guardian – the minority (me included) chose to make her keep those bullets. Nevertheless, all we know at the end of Season One is that this little girl now has to take on the advice and guidance Lee has given her, and struggle with the independence now hoisted upon her small shoulders.

The first, long-awaited question to be answered is; who is Clementine left with? Are the two shadowed figures in the post-credits scene of Season One Omid and Christa? Thankfully this seems so, as a heavily pregnant Christa is introduced, familiarly bickering with Omid, beginning the game with some light-hearted relief and contentment in the knowledge that Lee left Clementine in good hands. Unfortunately, as much as we might relish this introductory appeasement, it’s probably best not to get too comfortable; it’s short-lived.

Taking a look at the technical improvements made to this season, there are a number of strong additions. The Walking Dead‘s art style will always be distinctive and a brilliant match to its graphic novel origins. Season Two maintains and refines this; the menu is wonderful, displaying a soft autumnal view of a forest and its flowing river, a peaceful image that offers  some respite from an episode that is otherwise macabre in content. 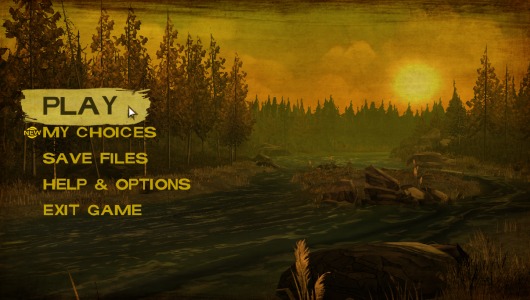 These improvements are matched by polished controls that still maintain their simplicity – it is still a point-and-click adventure, only with more options. Some make the game easier; interaction with objects and people were previously obtained by mousing over them specifically, whereas now Clementine merely has to be in the close vicinity before white circles appear over potential interactions. In a way, it seems fitting to have this ease when playing a child; similarly, the new action controls suit Clementine as a small kid, more apt at dodging around enemies than attacking them head on. Telltale have adapted the game around Clementine, making the controls cleaner yet also more varied; there’s a bit less mashing of the ‘q’ button.

However, there are remnants of Season One that can never (and shouldn’t) be forgotten. There are dialogue options referring to old friends; there are objects that prompt a reflective response. At one point, Clementine is left to tend the campfire whilst Christa searches the surrounding forest. Whilst rummaging in her familiar pink backpack, we see that despite the years that have passed she has kept the photograph of Lee that he himself tore separate from his family’s photo in Season One: Episode One. It’s a thought-provoking idea that in some unseen moment of the first Season Clementine took the photo; perhaps even from Lee’s body. 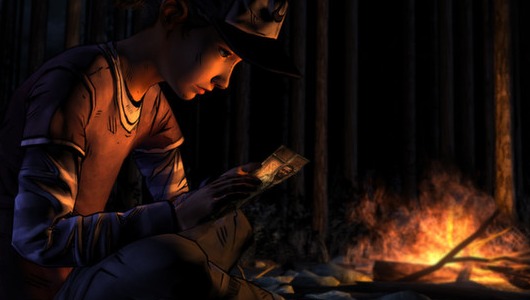 Through a series of extremely unfortunate events, Clementine is soon stranded, isolated and injured. Whilst the forest she is in seems oddly well-populated, it’s difficult to find anyone friendly – even animals. death over a can of beans – that’s what the populace of The Walking Dead seem reduced to. The dog that attacks Clementine over this morsel of food finds itself impaled after she defensively kicks it away. Here’s the first of two reasonably horrendous scenes, when the player chooses between putting the whimpering animal out of its pain, or leaving it to die a slow death. This scene is reminiscent of I Am Legend‘s infamous dog execution; it evokes further tremors when seeing a child has to commit the act.

Telltale‘s decision to make Clementine the protagonist is therefore a compelling one; the moral conflict that was prevalent in Season One returns, yet is amplified in terms of difficulty when taking into consideration her youth and experiences so far. Although, she has matured – not only physically, as we see through the sixteen months that pass from the episode’s introduction – but through an aura of solemnity and gloom that seems ill-fitting for a child. This is no surprise when considering her past; and also the present, as there is a strong sense that she still feels tied to her fallen friends. Before the dog’s assault, Clementine discovers one of its owners, a turned walker tied to a tree. “We’re smart. We’re smarter than all of them.” Clementine hasn’t let go of Lee or what she learned from him – a very sentimental, yet mournful sign.

Clementine is soon-discovered and rescued by two men, until thoughts of protection turn to wariness when they discover the bite she (truly) swears is from a dog and not a walker. Episode One sets up a host of new characters; some are favourable, others are less so, but there is noticeable intrigue that can be built upon. Clementine acts as the outsider, a sharp contrast to her role in Season One, yet altogether more realistic; the group she stumbles upon have differing opinions and sympathies, particularly in regard to her as a potential threat to their lives.

Thus, Clementine takes matters into her own hands. Here follows an almost unbearable scene, one that feels as though it lasts an eternity until she finally succeeds in sewing a row of wavy, messy stitches atop her bitten arm. her attempts at subduing her screams of pain are heartbreaking, and the disordered array of camera angles present this scene as something from a real horror story. It beats Lee’s amputation in Season One; and this is only the first episode! 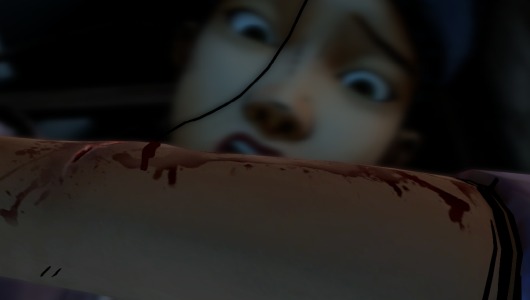 Here lies another prime example of how Telltale haven’t held back or censored any brutalities purely for Clementine’s benefit. Instead, they’ve almost pushed it in a way that seeks to reveal the inescapable role she now plays, as a survivor rather than merely a child. This is why the group she finds act the way they do; whilst some characters may appear heartless, it is purely an act of self-preservation. This is a trait Clementine realises she too must adopt if she is going to live; and fast.

The older Clementine makes for a hardened yet likeable protagonist
Refined controls provide more variation
We are dropped into a desolate, intense world
Its bleakness could be considered overwhelming

Telltale have taken on board the challenging dynamic of Clementine as a protagonist and orchestrated it to great effect. Whilst little has been revealed about the newcomers, there does appear variation and conflict among the characters in terms of history and opinion. All in all, a very impressive start to a highly-anticipated game.