Guide: How To Install A New HDD In A PlayStation 4

As soon as my PlayStation 4 arrived, I immediately installed a new HDD as I knew the paltry 500GB they gave me would not be enough. As I plan on purchasing all of my games digitally and I have the experience of being a PlayStation Plus subscriber on the PlayStation 3, I knew I would need to do it sooner rather than later anyway. Below is a quick guide on how I did it. 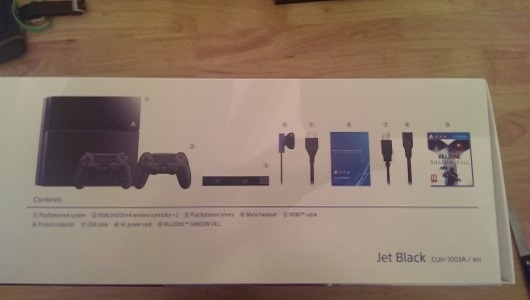 I plumped for the Player Bundle so the contents of new PS4 box included the above. 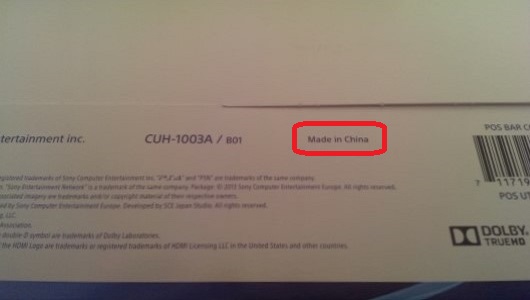 Call me paranoid but I actually cursed loudly when I saw this. Since then, it looks like my worries that a Foxconn intern had borked my PS4 were unnecessary. 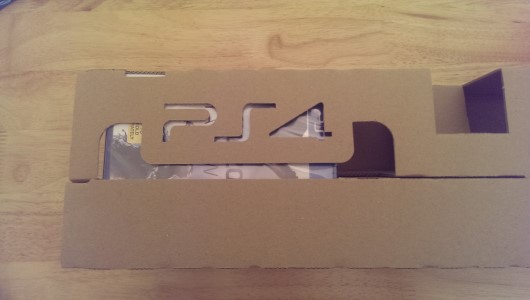 I have to admit, I smiled broadly when I saw this. 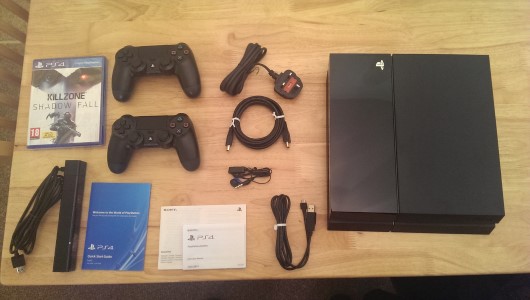 Like any good tradesman, I had all the tools, or contents, laid out before I started. Time to get to work. 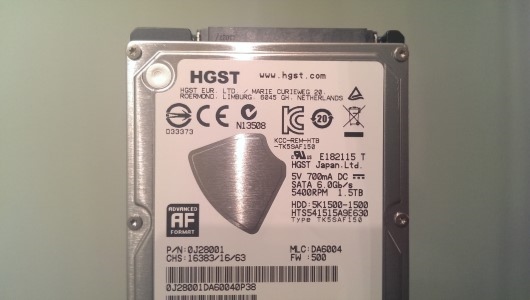 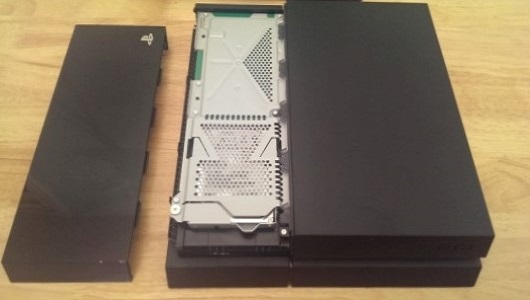 The top popped off with minimal effort. In fact, the hand prints after were more difficult to get rid of. 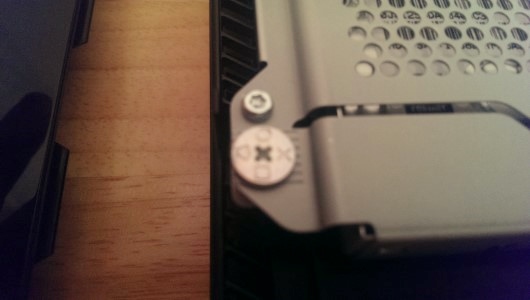 Again, I smiled at this. Oh Sony, how you spoil us. 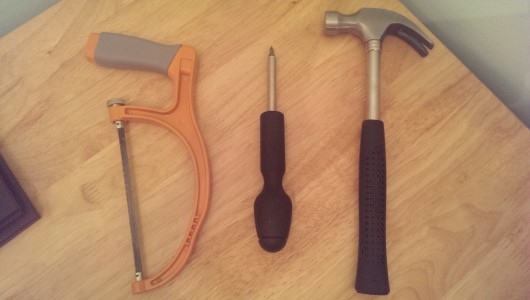 I may have been over exuberant in my choice of tools for the job. 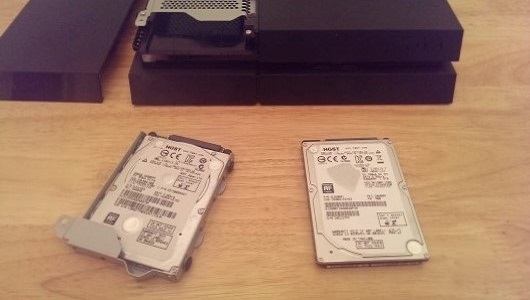 The PS screw was the only one I needed to remove to get the caddy out of the machine. Then, the four screws in said caddy needed to be removed before the new HDD could be secured into place. 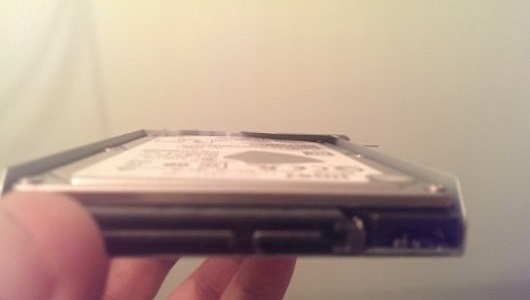 Once the new HDD was in place and screwed in, I noticed my 9.5mm high HDD could have been 12mm – or at least, the gap suggested that. 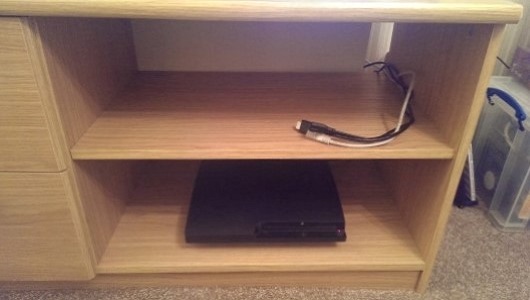 All wired up. I popped the cover back on the PS4 after securing the new HDD inside… 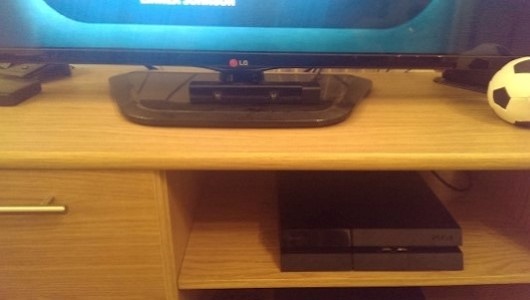 …and simply had to connect up the right ports to cables. Simples. 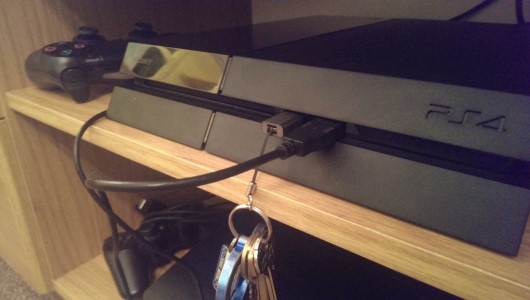 Make sure you place the update file on a USB stick – all of the details are here: Initialise your PS4 system – PlayStation.com 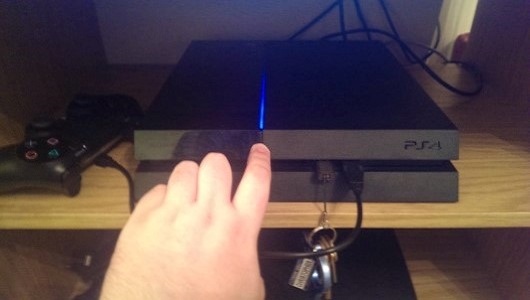 I held the Power button down for 7 seconds until I heard two beeps. 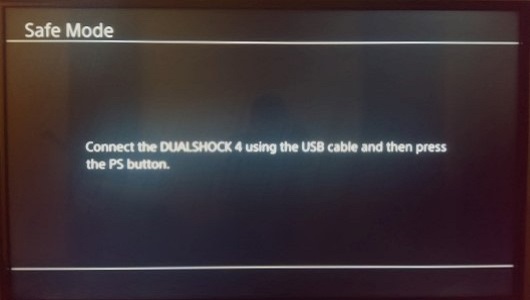 I then connected the DualShock 4 to the PS4 with the provided USB cable and pressed the PS button. 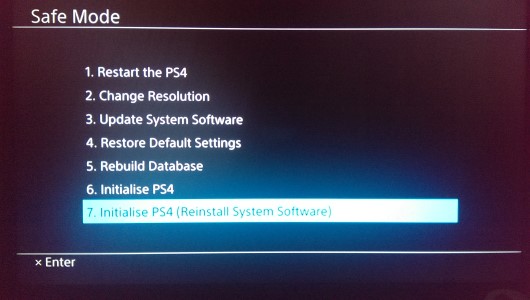 This took me into the Safe Mode screen. Next I selected the bottom option: Initialize PS4 (Reinstall System Software) 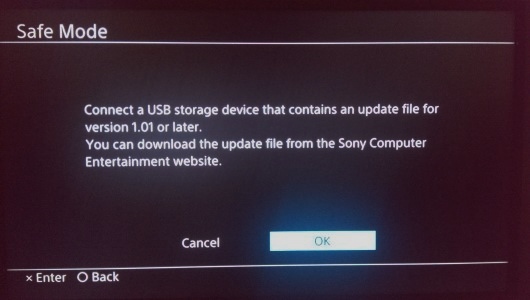 If you have been following this process, you should already have the USB stick connected so select OK. 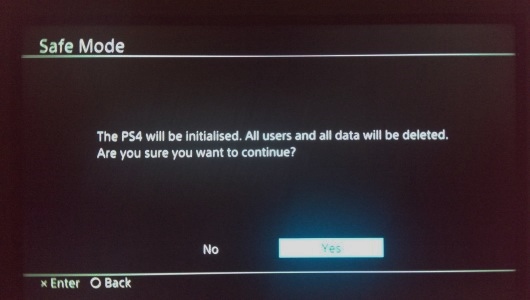 I confirmed this message and the PS4 commenced the initialisation process. 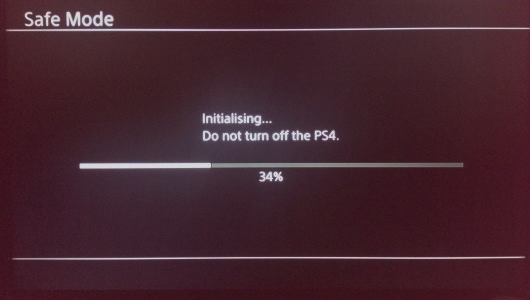 As promised, it initialised… stuff.

After initialising, it prepared… stuff. 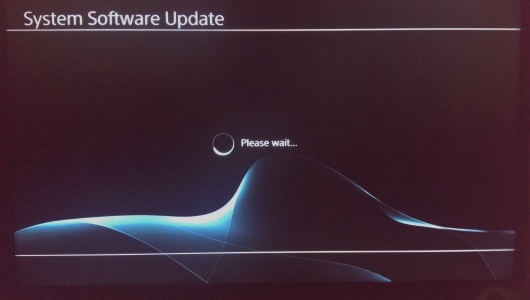 Finally, the install actually began – at least after some more waiting, that is. 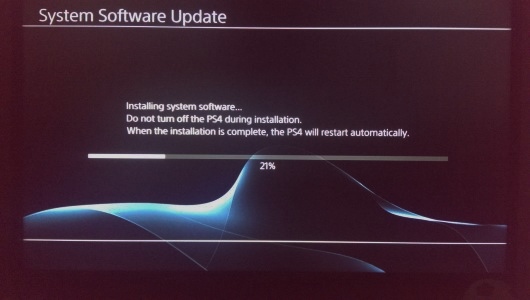 This whole process took about 5 minutes in total but seeing as I wanted some next-gen goodness, I was getting impatient! 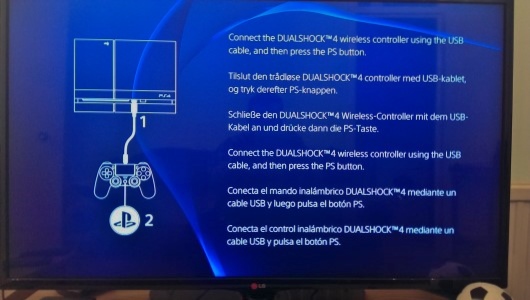 Once the PS4 finished installing the recovery file on the USB stick, it restarted. Again I was asked to connect the DualShock 4. 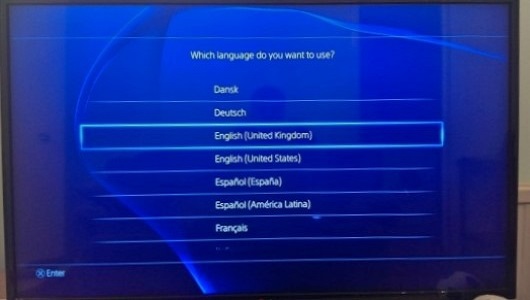 Select the language you wish to use. Unfortunately, cockney was not available. 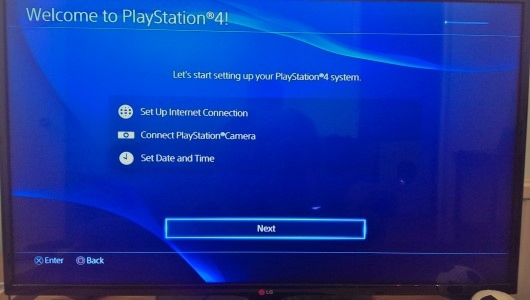 I will skip the rest of the setup process but it was all fairly self-explanatory. Success! Now to get down to some gaming. The first screen you will see when you boot up you PS4. Nice and pretty. Ignore the crappy pictures here – my camera is rubbish. In fact, ignore them above too! 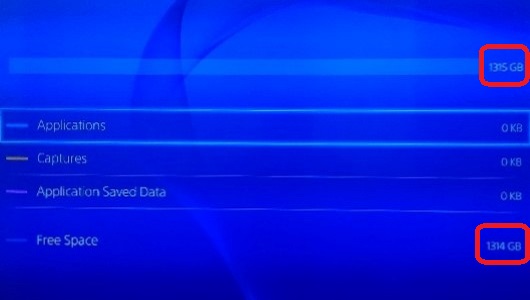 All done and the system was displaying the correct size in the Settings screen.

I hope some of you found that useful. It was so easy, a monkey like me could do it. In either case, if you have any questions, or further advice to add on the process, feel free to ask/add them in the comments section below.