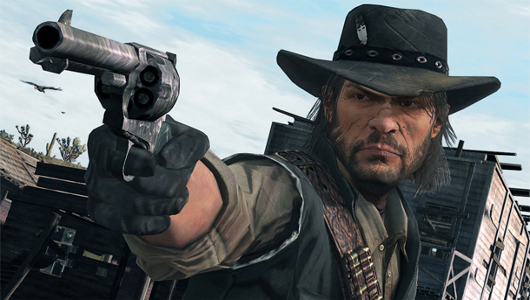 You know those cowboy things? How about the old west? Tales of gunslingers and banditos and women being tied up on railroad tracks only for some Clint Eastwood type fella to save them? They make for some pretty darn good movies, but I think it’s fair to say that the Western genre and video games have had a The Good, The Bad and The Ugly style relationship. Throughout the years we’ve seen many attempts to create games that bring the true essence of the Wild West – most of these attempts however have either failed or have been sub-par at best. At the end of the sixth generation of gaming, Rockstar released a game titled Red Dead Revolver. The game came very close to being one of the best Western themed games released, it had lots of good ideas but they weren’t nearly fleshed out enough.

Fast forward to 2010 and Rockstar released a spiritual sequel to Red Dead Revolver. A sequel that not only expanded on the ideas laid out 6 years previously, but went all out to craft one of the most beautiful, emotional and intricately crafted stories in the history of gaming, set in a stunning open world filled with memorable characters. That game was Red Dead Redemption.

Red Dead Redemption is set in 1911, the Wild West as everyone knows it is nearing its end as industrialisation begins to take hold. You play as John Marston, a former outlaw who is taken from his family by the Bureau of Investigation. Marston is tasked with hunting down the members of his old gang in order to be granted amnesty. You might even say he’s seeking… redemption. This task takes the player on a journey across the two fictitious American counties of New Austin and West Elizabeth and south of the border into Mexico. 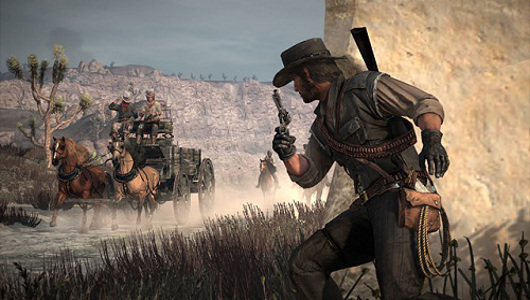 To this day Red Dead Redemption is one game I try my hardest not to spoil for anyone who hasn’t played it. The story is made to be experienced first-hand and to spoil it would be a sin. Whilst it can – and does – drag at times, the conclusion is honestly one of the most emotional and heart-wrenching I’ve ever experienced in a game. It’s as expertly crafted as a blockbuster Hollywood epic, and that’s not something you can say about most stories in video games.

The game world of Red Dead Redemption is one of my all-time favourites from this past generation. Not only was it pretty sizable but it had a ton of variety to it too. Sure, this was the wild west but you had swampy areas, forests, open plains, mountains and a city like area to explore. It was also populated by a large variety of NPC animals as well as people too! Unlike Rockstar’s previous offering – Grand Theft Auto IV – there was an incentive to explore the world in Red Dead Redemption. There may be a variety of goodies or Easter eggs hidden away or you may even come across a rare breed of wild horse which you could tame for yourself. Not only that, but Red Dead Redemption gave you a variety of challenges to complete which allowed you to unlock further weapons and items. 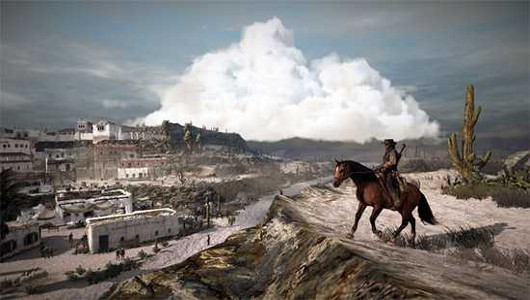 Aside from the main story quests Red Dead Redemption also introduced stranger missions. These side quests had a great deal of variety to them, one of my favourites (and it was probably the creepiest) was investigating a series of disappearances across the frontier which takes a grizzly turn for the worse.

There were also random occurrences almost anywhere you went. These ranged from a store being robbed, somebody having a horse stolen or people in need of help from outlaws. Both the stranger missions and random occurrences were adopted into Grand Theft Auto V this year too (as was the signature weapon wheel)!

What I think I loved most about Red Dead Redemption though was that it didn’t want to rush you to finish the story. It wanted you take in all of its majesty. You could head into the mountains to hunt some bears, cougars or wolves and make a little extra money, play a variety of mini games such as poker or five finger filet or hunt down outlaws. You could also run around causing chaos at you own leisure if you wanted to – though be warned if you weren’t wearing a neckerchief over your face you’d gain infamy.

The most memorable part of Red Dead Redemption however were the characters. John Marston himself is one of the best protagonists of this generation – and probably of all time! Whilst you might not agree with his actions (and let’s face it, he doesn’t agree with them either) it’s why he’s doing them that make him a wonderfully well written and fleshed out character.

Aside from Marston we have the likes of Seth Briars who is an undesirable, unhygienic and insane grave robber. Nigel West Dickens, a suave dressed conman posing as a travelling salesman and Irish, an immigrant, alcoholic and bum all rolled into one.

The game also had a robust online portion. Free mode allowed you to jump into the game world with 15 others and do what you wished. Assault gang hideouts, cause chaos, hunt other players with bounties, go hunting, take part in more traditional game modes or just mess about and have fun! Even with the single player done and dusted the online kept me coming back for more years after the game launched. 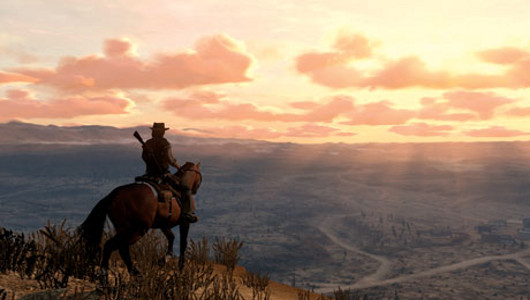 Single player ultimately gained it’s own fully fledged expansion pack titled Undead Nightmare. Whilst nowhere near as long as the original single player (we’re still talking about 6-8 hours though), Undead Nightmare added a new twist to the game; zombies. On top of that you could also tame mythical horses – namely War, Pestilence, Famine and Death – and play as zombie characters in multiplayer along with a new co-op mode called undead overrun. The game just kept on giving.

Red Dead Redemption is one of the most intricately crafted stories of the last generation and is still, in my opinion, Rockstar’s greatest achievement – yes, even surpassing Grand Theft Auto V. The story, the characters and the environment all existed in perfect harmony to create one of the most memorable games I’ve ever played.

If you’ve never played Red Dead Redemption you should probably grab a fistful of dollars and pick it up, or for a few dollars more pick up the complete collection with Undead Nightmare. You won’t regret it!