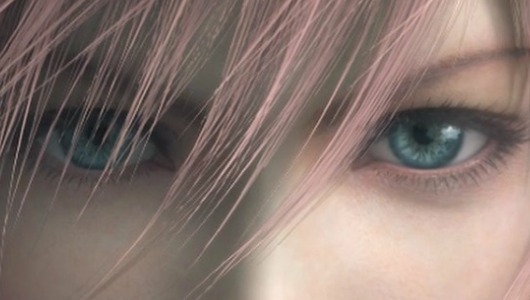 Final Fantasy: Why Has Lightning Returned?

Final Fantasy XIII is arguably a game without a main protagonist. The three-party system, typical of Final Fantasy games, has the player deciding who to control from a cast of five, and mostly whoever’s most befitting as a practical leader. As in the battle-system, the story provides motives for all characters involvement; yet Lightning appears to emerge as the game’s star, and the newly-released Japanese edition of the character-titled game Final Fantasy: Lightning Returns lends me to ask the question why she is so significant, and well-received enough to credit an individual game.

This might not be of huge intrigue to those who weren’t fans of Final Fantasy XIII and its sequel, where Lightning Farron was first introduced to us. Opinions of this instalment in what is one of the most renowned game franchises of all-time seem divided to say to least; but I won’t get into the controversy over linearity or the lack of traditional Final Fantasy elements. Personally, FFXIII was a huge game to me, one that introduced me to one of my favourite characters; and no, it’s not Lightning.

There aren’t huge sections dedicated to character development, but those cut-scenes that lend some realism help a great deal in providing some depth. Lightning is a good example of this; she is a strong, gutsy heroine, a brilliantly-able soldier, reluctant to reveal weakness, and quick to anger when riled. She is our typical hero character, on a quest to save a damsel – yet the damsel is her own sister, and the only source of inner sensitivity and a softness to her hardened personality. I consider Lightning to be fairly typical, understandably a favourable character and a great female depiction. She is easily empathised with; her actions are dictated by filial love, yet this does not make her a weak person. It brings a real sense of martyrdom to a character that does deserve it, as she takes on the Fal’Cie master race of dominant gods, and the wrath of an entire society of people brainwashed by said authority. She turns her back on her Guardian Corps career and becomes an exile. 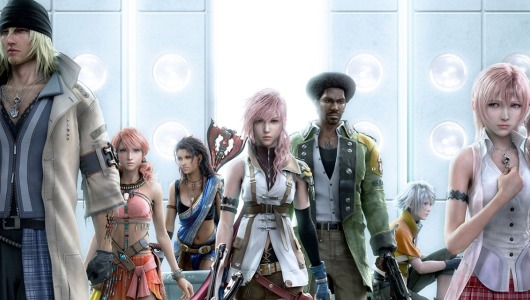 Yet this is little more than what the rest of the cast of Final Fantasy XIII endure. Snow, Serah’s fiancée, is perhaps most parallel in his motivations, his desire to rescue his future wife from crystal stasis strong enough to tread the same exiled path as Lightning. Sazh seeks to rescue his enthralled son, Dajh; cut-scenes focusing on his own difficulty in enduring the emotional distress of potentially losing a son are among the most heartbreaking I’ve ever seen. Final Fantasy XIII‘s more negative reviews make mention of one-dimensional characters, and this is something I can’t really grasp. Nevertheless, I was not greatly taken by the choice of Lightning as the main presence of Final Fantasy XIII-2, as it seemed to disregard similarly sacrificial characters such as Fang and Vanille, two childhood friends who have a dark, struggling history through their associations with the Fal’Cie overlords that have dominion over the world. I understand why it can be done; and I’ll be playing Lightning Returns. I just wouldn’t consider it necessary, and it somewhat dampens the significance of other strong characters.

Her prominence heightens dramatically in the sequel. Set three years later, Final Fantasy XIII-2 reveals Lightning to be powerful to an otherworldly extent. She resides in the forgotten realm of Valhalla, guardian to the goddess Etro. Her hero status is taken to new heights, revealed at the start of the game where she takes on an invading force lead by Caius. Adopting the narrative stance that Vanille fulfilled in the previous game, Lightning’s presence dominates the game as Serah attempts to reach her via gates through time and space. It’s my current play through of this game that has raised a lot of questions in my mind about Lightning and her centralisation in these three games. Overexposure is enough to deaden anything, and characters are not immune to this. I can’t help but wonder about characters Vanille and Fang, relics of Gran Pulsian society who played a major part in the first game’s story. Vanille remains one of my favourite video game characters; which surprises even me, considering her typical JRPG girlishness, that which hovers between endearing and annoying. 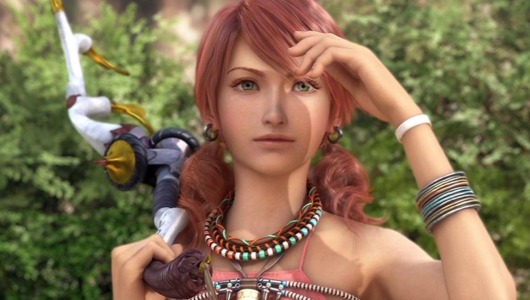 I can’t help but voice her importance to me as a female character, however, particularly as the narrator of Final Fantasy XIII and her major significance in the game’s conclusion. I adore Vanille for being more than just a somewhat sexualised, overtly squeaky, almost irritating chirper; her back story and the maturity of her decisions were a real pleasant surprise. Everyone deals with the difficulty in telling the truth to those you care about; whilst perhaps we don’t have to toy with the knowledge that we may transform into the legendary beast, Ragnarok, and are fated to destroy the world of Cocoon, the feelings of blame for complicity in friends troubles and the guilt associated with hiding hurtful truths is relevant to all of us. Despite this, Vanille presents such a bright, humorous front, you can’t deny her self-preservation and secrecy is due to her honest desire to keep people optimistic and full of hope.

Comparatively, Lightning is very up-front, a trait that is just as admirable. She makes a fitting action-hero; she is forward-thinking for the most part, and Lightning Returns does her great homage by heightening her power and significance to even more godly dimensions, as she is charged with the duty of saving people’s souls before the world ends. So, nothing huge.

One-character combat, for me, requires a character I can respect, genuinely like and otherwise relate to. Lightning fulfils this to a tee – yet no more, and even slightly less, than other characters she’s interacted with and are present in the Final Fantasy XIII series. I’m thoroughly excited and expectant for the next release, despite several articles floating around the internet about some abstract costume choices for our leading lady; can’t say the Moogle dress would be my choice, but as long as it doesn’t hinder her sword wielding skills..

Here’s hoping Final Fantasy: Lightning Returns holds more character intrigue from Lightning’s progression, rather than merely anticipating past character entrances from the likes of Vanille and Fang (although I won’t deny my joy that they will be making appearances). As a Final Fantasy XIII fan, I remain optimistic; as an Oerba fan, my favourite female characters involvement makes me more excited than the idea of a solely Lightning-driven game.