Despite the critical barbs thrown at the first Hunger Games movie, I still enjoyed it enough to look forward to this week’s release of the sequel, Catching Fire. Jennifer Lawrence brings some of the magnetism she has in real life to the character of Katniss Everdeen, a young girl hurled into a dangerous situation which she neither chose nor can escape. Despite some dead wood around her, she manages to elevate the movie’s emotional heft, making for a much more enjoyable second outing for ‘The Girl on Fire.’

Months after her victory in the Games (it’s not a spoiler, she is in the poster!), Katniss is struggling to find normalcy in her life. Riddled by panic attacks and nightmares from her time in the arena, she attempts to make amends for her actions during her time there – whether it involves explaining her relationship with Peeta (Hutcherson) is fake to Gale (Hemsworth) or trying to make up for that fact with Peeta himself. However, when President Snow (Sutherland) arrives at her house to warn her of upcoming rebellion unless she convinces the population of her loyalty to the Capitol and her ‘love’ for her fellow victor, Katniss ends up with far more to lose than just her own life. 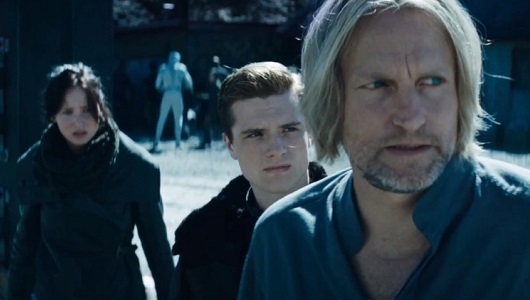 Jennifer Lawrence is certainly one of the best young talents working in the movie industry at the moment. She embues Katniss with a strength that makes you believe she could conceivably make it through such an ordeal and a fragility that convinces you she will break down multiple times before it is over. Such an introverted character could be difficult to like and pull for, but Lawrence gives you enough of the inner workings of Katniss to elicit your support. 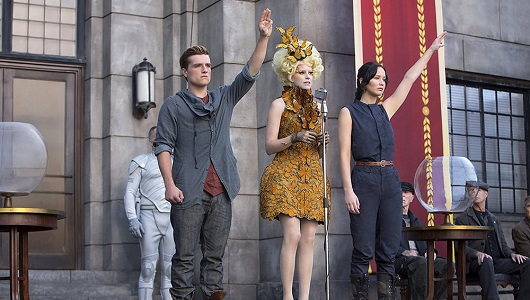 Taking over the directorial duties from Gary Ross is her namesake, Francis Lawrence. While Ross created an interestingly juxtaposed world with the poverty of the districts and the prosperity of the Capitol, Lawrence is given a larger canvas to work with here as he gets to visit some of the other locations in Panem. However, the most important improvement he makes is developing a far more palpable sense of fear. Multiple scenes of brutal corporal punishment, fantastic casting in the smaller roles of peace keepers and arena opponents and some well-written interactions between Snow and his new game maker Plutarch Heavensbee (Hoffman), help build a sense of dread that was missing from the original movie. 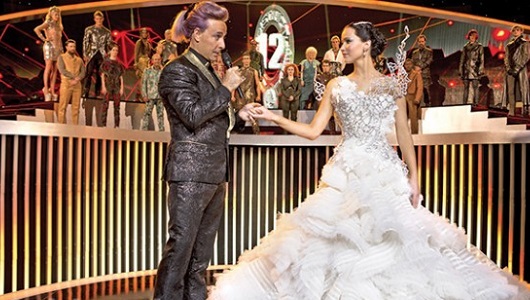 This dangerous atmosphere is helped immeasurably by the removal of the hard cuts from the first film that caused many to dismiss it as far too safe. While blood and guts do not flow freely here, Lawrence (Francis, I mean) succeeds in allowing you to forget you are watching a 12A movie. I think I remember one hard cut involving an axe and it coming into contact with a torso, but other than that, it never felt sanitised. 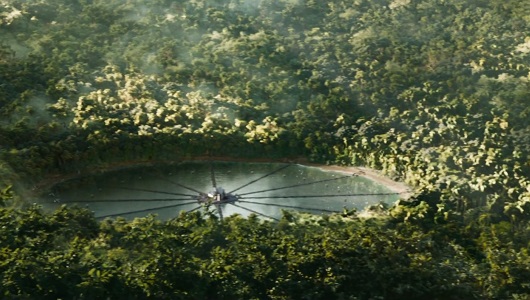 One area where movies like this can often fall down is the supporting cast. In the last movie, many of the cast were children who simply could not act on a par with Lawrence (Jennifer, this time). In Catching Fire, the majority of the cast are seasoned actors like Philip Seymour Hoffman, Woody Harrelson, and Sam Claflin. Each put in very good performances and I was pleased to see Elizabeth Banks get more to do as Effie. On the flipside of that, Hutcherson and Hemsworth are far too wooden and are shown up further by the better cast around them.

By the end, despite its over-long beginning, I enjoyed Catching Fire far more than I expected to. While it won’t trouble any awards committees outside of MTV, there is enough drama, action and Jennifer Lawrence to keep any movie audience happy.