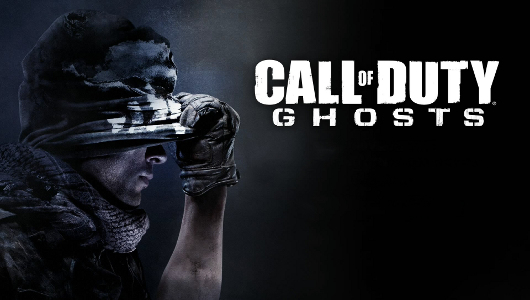 It appears to be that time of year once again, and no, I’m not talking about Christmas being just around the corner. I’m talking about the annual Call of Duty release we’ve become accustomed to over the past decade. After reviewing last year’s instalment – Call of Duty: Black Ops II – I was left somewhat unsatisfied. It attempted to break the mould by trying an assortment of new things – which I applauded – but it was undeniably the same old game. Cut to the present day and Call of Duty: Ghosts is now upon us and the question on everyone’s mind is probably this: “Does Ghosts attempt to innovate further and is it worth my time and money?” The short answer to this question is a resounding “No.”

My impressions of Ghosts in the lead up to its release were mixed, to say the least. Time and time again, developers Infinity Ward looked foolish in their attempts to woo people with their promises of cuddly dogs, female soldiers, fish A.I. and “cinematic destruction”. It was all smoke and mirrors, because in reality there honestly aren’t any fundamental changes to be seen.

That fact of the matter is this; Infinity Ward and Call of Duty: Ghosts take all of the attempts at innovation and trying to reinvigorate the franchise that Treyarch and Call of Duty: Black Ops II took a gamble on and throws them completely out of the window. Ghosts has back-pedalled so significantly in so many areas that I honestly feel guilty for calling Black Ops II mediocre. 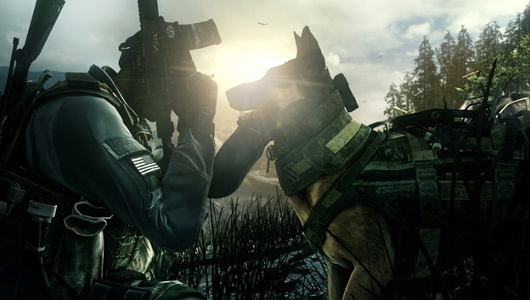 The first thing I noticed is that the single player isn’t nearly as engrossing and captivating as previous Infinity Ward efforts. I will put my hand on my heart and acknowledge that the Modern Warfare stories all had memorable moments in them that I can fondly remember. With Ghosts… there’s nothing like that. At face value, it’s boring, predictable and uninspiring. It’s the typical “pick off baddies from behind this wall and advance” from the previous Call of Duty games but with no interesting characters or set pieces to make me give a damn. The story leaves me with more questions than it answers. But, on the plus side at least, they’re not antagonizing the Russians this time though, right?

I should also add that Infinity Ward shamelessly copy/pasted the ending scene from Modern Warfare 2 right into the introduction to Ghosts. Scene for scene, it’s exactly the same. Don’t believe me? Check out this comparison. Some might call it an homage to Modern Warfare 2, I call it sheer unbridled laziness. There are also missions in the single player that involve a dam exploding and flooding a city and a firefight in a collapsing skyscraper – an obvious jab at recently released competitor Battlefield 4. Ghosts attempts to thrive off of ideas that have already been used.

One thing that consistently annoyed me throughout the single player was the horrible animations of some NPCs. Whilst the animations for human NPCs are exactly the same as those seen as far back as Call of Duty 4, it’s your trusty canine companion who seems to be in need of a few animation tweaks. I instructed my dog to go after an enemy solider – who probably didn’t deserve it – when my mutt promptly spun around in a circle before proceeding to moonwalk backwards towards the enemy. Maybe it was a one off? Unlikely, as it happened five or six times after that too. It was hilarious, but a testament to how much of a bad job the QA testers must have done if they didn’t spot it.

Throughout the entire game, there was some pretty significant texture pop-in. Yes, the game is running on hardware that is eight years old but considering they seem to yet again be using the same engine as the previous iterations, I can’t understand where these issues are coming from. Perhaps the games have been optimized for next gen consoles? But until they are released, I can only speculate. 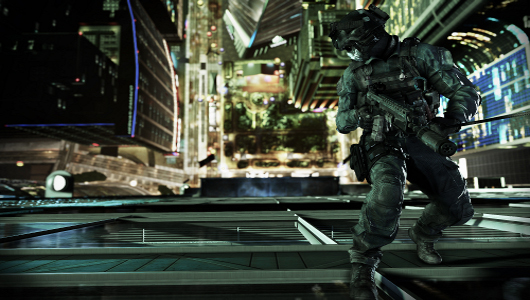 The multiplayer is, of course, back with a vengeance. This is what the majority of people will be buying the game for. Yet again, just like Black Ops II, the UI is a complete shambles and left me clueless on where to find certain features. How something can become harder to navigate when they don’t add anything new is beyond me. Ten points to Infinity Ward for confusing me on that front. Oh, but you do have a dog in multiplayer now as a killstreak reward – be warned though as he has the life expectancy of a common house fly.

Something I’m wholly disappointed with on the multiplayer front is the omission of the Theater mode. No longer will you be able to capture and re-live those glory moments. It’s really quite puzzling why Infinity Ward cut this mode as there was no good reason to do so, given how well-received it was previously.

If there’s one thing multiplayer has improved upon it would be the hit detection and hit boxes of opposing players. Weapons in the game also feel like they have a bit more of a punch to them. It’s the undeniable truth that the gameplay formula Call of Duty uses works and continues to remain intact. Whether this is a good or a bad thing, however, is a different story.

In the end though, if you’ve played Call of Duty religiously for the past few years you’ll definitely find familiar ground here and more power to you if you enjoy playing it. The gameplay is still as addictive as ever. 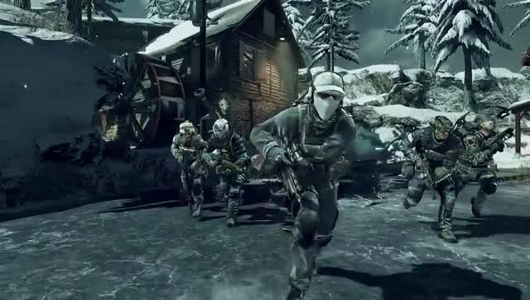 Moving on, we have a new mode called “Squads” and it’s about as pointless as you can get. You control AI teammates against other AI teammates – although saying “control” is being a bit too kind. The mode essentially screams “Look at what you could be doing in the actual multiplayer portion with other players!”. It’s essentially the combat training area from Black Ops and Black Ops II being passed off as something new.

Finally, we have Extinction. This appears to be Infinity Ward’s way of saying “Me too!” to the monotonous Nazi zombies plague that has been in Treyarch instalments since 2008. I get the undeniable feeling this mode was hastily thrown in to try and justify the price of the game. Just like zombies became in Black Ops II, Extinction is as dull as watching paint dry. You shoot aliens in the face whilst you protect a drill whilst it destroys the alien hives. I can’t be the only one who’s grow tired of horde modes and base defense modes in games, can I?

I wish I was able to say more positive things about Call of Duty: Ghosts, I really do – especially after the efforts that Treyarch went to last year in order to give the franchise a kick up the backside. But alas, here we stand. Ghosts is a sub-par and mediocre game, there are no two-ways about it. It’s a hurriedly put together mess that takes more away from the series than it adds. If you enjoy Call of Duty then there’s no doubt you’ll enjoy this iteration. However, I feel as if the time has come for Activision to seriously re-evaluate what to do with the franchise.

With big name titles such as Battlefield 4 moving in for the kill and new IP’s such as Titanfall – from ex-Infinty Ward developers no less – and Destiny – being published by Activision itself – just on the horizon, Call of Duty is going to need to make some big, fundamental and game changing moves in order to stay relevant in the years ahead.