Games of the Generation: Uncharted 2: Among Thieves

My love affair with Naughty Dog started well before the current generation of consoles rolled around. The original Crash Bandicoot games, and later the Jak and Daxter trilogy, were lovingly crafted titles with a great sense of humour. When the first Uncharted game was announced, I was well aware of their pedigree so inevitably became excited with what they could do with the PS3 – which at the time was struggling to get good first-party games. Despite an incredibly ropey demo prior to release, Uncharted: Drake’s Fortune quickly became a favourite of mine. It was one of the first titles I can think of that took movie blockbuster set-pieces and melded them into the gameplay. A few years later, Uncharted 2: Among Thieves came along – and blew everything else out of the water.

Ahead of the release of what has to be considered Naughty Dog’s magnum opus, I over-indulged in all of the trailers, screenshots, rumours and tidbits that appeared throughout the vast jungle that is the Internet. I cannot remember if it was simply ignorance on my part or the lack of publicity ahead of launch, but for some reason, I was taken aback when I learned that there was going to be a multiplayer section to the game. If you thought Yoshifett’s tirade against such a mode in Mass Effect 3 was impressive, it was nothing to the contempt I felt regarding this particular move. The series had set out its stall as such a compelling single player experience that it felt like Naughty Dog were bending to pressure from Sony and the industry at large to shoehorn in such a mode. You may not be able to see it right now, but I have my hands raised in a supplicating manner, shaking my head at my own lack of faith in the team I love. 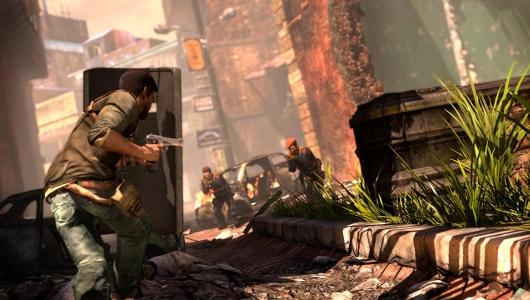 When Among Thieves arrived, I jumped into the single player campaign first. For anyone who has experienced it themselves, you will understand why immediately I knew I was in for a much more dramatic experience than I had encountered in Drake’s Fortune. For the uninitiated, the game begins with our hero, Nathan Drake, awakening on board a train. Unfortunately, it turns out the train is teetering precariously over the edge of a cliff. Severely injured in whatever had come before, you must slowly navigate Drake around the outside (and inside) of the train carriage to climb up to safety. That was the first of probably twelve genuinely jaw-dropping moments in the game.

And it wasn’t just the spectacle of the game that had seen an injection of adrenaline – every aspect of the game, from the visuals to the game mechanics and controls were vastly improved over what I had considered a more-than-competently-made previous entry. Even the story seemed far more ambitious, with far more interesting character interactions and arcs. Chloe and Flynn were superb additions – even Tenzin, despite the lack of dialogue, felt far more real to me than any of the other ancillary characters in Drake’s Fortune. 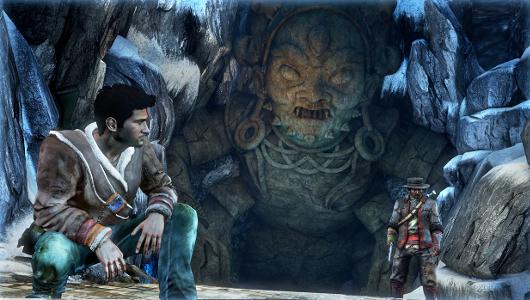 Then we get onto the part that made me re-examine my prejudices – the multiplayer was fun. I spent hours once I had completed the campaign either playing the co-op survival mode with my housemate or playing the Capture the Flag equivalent online. The controls were not as precise as they probably needed to be but having spent hours already in the campaign getting used to these, it was not a major issue for me. The maps were well-designed and interesting, the team play was refreshing compared to the one-man army gameplay of most of the first-person shooters available at the time and most importantly, I never felt like they had sacrificed anything from the campaign to make the multiplayer possible. 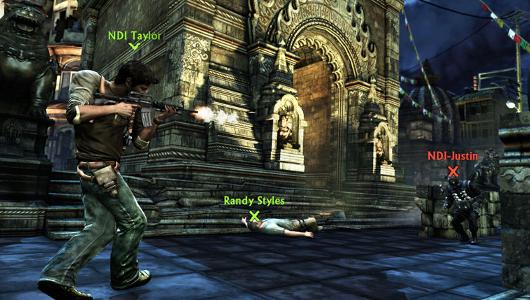 Uncharted 2: Among Thieves has been one of the most influential games across all platforms since its launch. Numerous games since then have tried to emulate its marriage of video game mechanics with movie set-pieces. Others have taken it’s approach to multiplayer and crafted unique game modes and perks to suit their own titles. Finally, Nolan North has appeared in every game ever made since then! Despite my expectations being high, Naughty Dog was still able to surpass them – long may that trend continue.