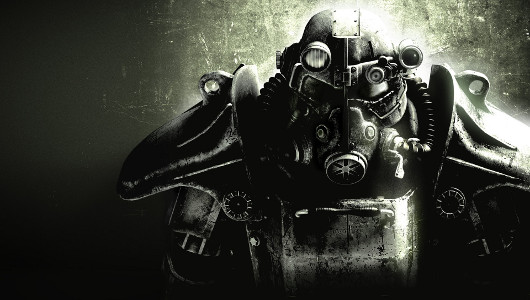 Games of the Generation: Fallout 3

I don’t feel I have the right to call myself a true Fallout fan. Fallout 3 was the first game in the series I ever played; I was late to the party by a long shot. But what I can say though is that Fallout 3 was – and still is – one of my favourite games from this past generation.

It was a game I received as a gift back in 2008 and I’ll admit I wasn’t overly excited by it at first. I had no idea what it was about and hadn’t done much research regarding it. All I knew was that the team who made Oblivion – Bethesda Game Studios – were developing it. But in some ways, this benefitted me as a player. There’s the advantage of not knowing what a game is about when you’re popping it into your disc tray, it surprises you. Fallout 3 did just that.

The main plot of the game revolves around one person – the vault dweller/you – and their search for their missing father who goes missing from Vault 101 one day. What starts as a simple task turns into a fight to save the entire Capital Wasteland. However, the plot is not nearly as compelling as all of the wonders, people, mysteries and hidden surprises you’ll encounter along the way yourself. After you’ve completed the tutorial mission, the game plonks you into the vast open wastes and pretty much proclaims “You’re free now, go and do what you want”, and that’s exactly what I and – presumably – pretty much every other player did too. When a game allows me to do this, I instantly know I’m going to love it.

Your decisions and moral choices affected the world around you in the game too. Whilst being evil earned immediate rewards, being good would yield rewards of even greater merit but would take a little longer to acquire. You could forge your own path of infamy or righteousness. You could play the game the way you wanted to play it. One of the earliest decisions you can make is deciding the fate of the first settlement you’re bound to come across; Megaton. The town is built up around the crater of an unexploded nuclear bomb. You can decide if you want to disarm the bomb and earn the trust of the town’s folk, gaining a permanent home in the process. Or, you can be much more sinister and do the bidding of a certain Mr. Burke and set the nuke to explode due to, as he says “Megaton being a blight”. Or you can remain neutral and not do anything; it’s entirely up to you! 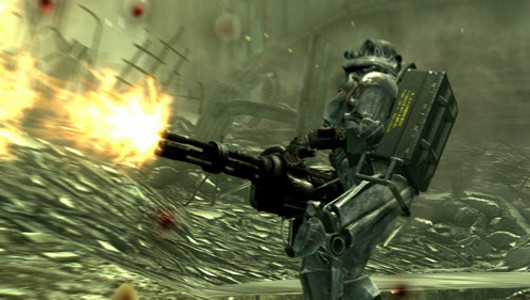 I can’t tell you how many times I would discuss my adventures with other people who had played the game and – in most cases – how vastly different their outcomes were. I’d be told of mysterious places where I could find certain weapons or items of interest, or something eerie and out of the ordinary. The game just kept on giving when I thought it couldn’t possibly surprise me any more. The lore and background to the entire in-game universe is very deep.

The difficulty of the game also ramps up appropriately. The further you ventured out into the wastes, the more dangerous and scary the enemies you’d come across would become. Enemies such as Super Mutants, Deathclaws and the occasional Mirelurk King are the definite ones to look out for. You’d also find Super Mutant Behemoths; massive enemies which dropped lots of goodies. There were only a few of them in the entire game! I can’t tell you how many times I’d walk into an area I’d been specifically told “not to go to” and have myself strung up by some homicidal man/beast/mutant. But it also induced tension – Fallout 3 is honestly one of the most pulse-pounding and fear-inducing games I played this generation. Not because it used jump scares, but because of the sense of impending doom you felt, knowing there’s something in a room with you ready to strike as soon as it catches a glimpse of you.

What I loved most about Fallout 3 though was its dystopian, post-apocalyptic setting. The game is perpetually stuck in a 1950’s style (due to our timeline and the timeline of the Fallout universe splitting in two after World War II apparently!) which was aesthetically different at a time when modern war shooters were becoming prominent.

Another part of the game which added to the sense of mystery was the random encounters. These events might be unique or repeatable, for example, natives of the wasteland fighting creatures, friendly Super Mutants or my personal favourite; the alien craft exploding in the sky. The latter was particularly great as it only happens once in every game, can happen at any moment (e.g. 1 hour into your game or 100 hours!) and most importantly it drops one of the rarest weapons in the game; the Firelance. 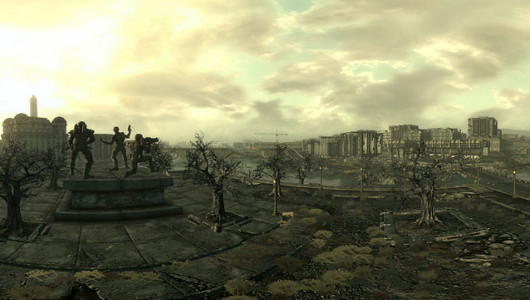 It’s an understatement to say I sunk hundreds of hours into Fallout 3, I immersed myself in it. The base game alone is more than enough to satisfy any RPG fans thirst, but it was heavily supported after launch with the DLC’s Operation Anchorage (a simulation where you fight the Chinese in Alaska), The Pitt (where you get to explore post-apocalyptic Pittsburgh), Broken Steel (which adds to the ending of the main quest in a very big way and is still one of the best pieces of DLC ever made), Point Lookout (which adds a vast new swampland area) and finally Mothership Zeta (where you take your adventures to outer space).

However, I’m looking to the future now. If there’s any game I want announced more than anything right now, it’s Fallout 4. After playing Bethesda’s latest game – Skyrim – I’d love to see what a Fallout game running on the same engine could do. Perhaps we’ll be hearing more soon due to this website that was recently registered by Bethesda? I, for one, hope we do, so I can get right back into playing this magnificent series again. Until then, I think a playthrough of the entirety of Fallout 3 is in order to rekindle the love I’ve had – and always will have – for this magnificent game. A game which I firmly believe is one of the best we’ve seen over the past eight years and will define this past generation of gaming for years to come.

If you’ve not had the chance to play Fallout 3 yet, seriously, where have you been?