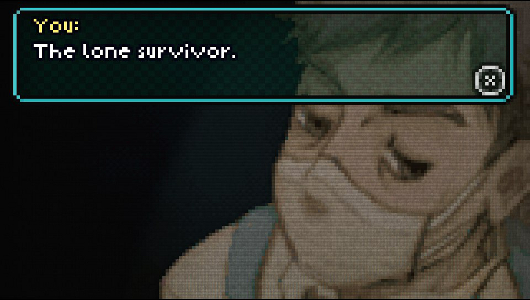 Lone Survivor: The Director’s Cut feels right at home on the Vita. Throw on some nice headphones, turn off all the lights, and curl up into a ball as you get lost in this game. If you are a fan of survival horror games, this  is definitely one to be added to your collection. It will scare you. It will confuse you. It will break your psyche.

While this game is also available on the PS3 (cross buy with the Vita) and PC, the best way to play this is hands down on the Vita. Given the pixelated visual style of the game, the small screen of the Vita complements it quite well. The game can more than easily be played on the other systems, but there is something special about curling up into a ball with headphones on and the Vita mere inches away from your face. That is by far the ultimate way to be fully immersed into the world of the game. Oh, and turn off all notifications whether you’re playing the PS3 or Vita version. That way you won’t get any annoying pop-ups that could ruin the immersion. The game takes roughly 3 hours to complete, so finishing it in one session would be best. 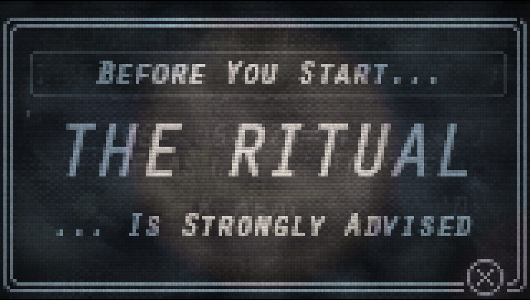 Once you have your ideal setup, it’s off to start the game on one of two difficulties. I started on the harder one, not thinking it would be so brutal. I was able to handle not being shown which items can be picked up with a prompt, but not being able to reference maps after first finding them was a bit to difficult on my first play though. If you’re confident in your memorization abilities, the harder difficulty provides far more immersion.

The reason why I’m explaining the ideal setup is that the sound in the game is beyond superb. It will be the first thing that draws you into the game itself. The music is chilling and industrial at the same time, much like the soundtracks found in the Silent Hill games. In fact, many of the sound effects such as picking up items or trying to open the numerous doors are giant homages to when the Silent Hill series was at its peak. Even the monsters let off an eerie screech when nearby like the radios in Silent Hill. If there’s one thing to praise the game most for is the excellent sound design.

The story follows the main character who believes he is the last person alive in this post apocalyptic world. He has been holed up in his apartment since the beginning of it. However, the supplies have been dwindling, so he must venture out into the world in search of more supplies and to find out of there’s any other survivors left. He hasn’t ventured out earlier because the world has become inhabited by monsters that try to kill him when he gets too close. Unfortunately, being cooped up inside for so long has done a number on his psyche, so he’s not even sure if he’s still healthy or has succumbed to the illness himself. It’s up to you, as the player, to uncover what the hell exactly is going on in the world and try to survive as the Lone Survivor. 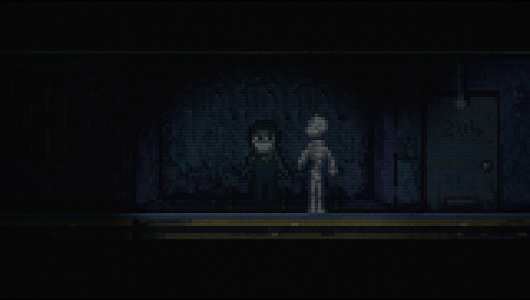 I wish I could delve more into the story, but that would be ruining the enjoyment as pretty much anything I mention could be a potential spoiler in one way or another. My advice is to not even look at anything online or even glance at the trophy list. While most of the spoiler-filled trophies are hidden, there are a few that could alter the way you play the game for the first time. I made the mistake and ended up playing the game a certain way just to get a trophy, which I didn’t even accomplish because I screwed something up in the beginning. Just let yourself be absorbed with the story and guide your character though the game however you’d like. There is truly no wrong way to play this game as it gives you multiple outs on how to approach the situation. You will want to play this game more than once, I assure you.

Gameplay is fairly straightforward. There is always some location that needs to be reached, but cannot be done due to needing a certain item to get passed. This turns into searching every area that is available to find the item to continue forward. This would be rather simple if not for the monsters that litter the corridors. Luckily, there will always be a way around each enemy, whether permanently or temporarily. Since this is a survival horror game, there is a limited number of items to use to deal with each situation. 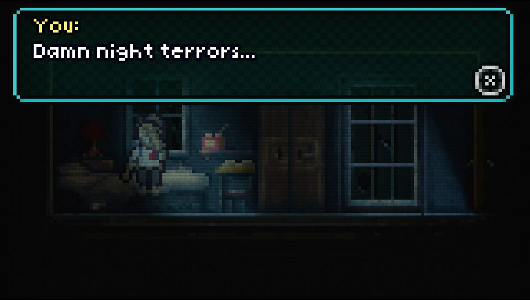 On top of having to deal with the monstrosities on the outside, the demons on the inside must be kept in check as well. Collecting food items isn’t just good for healing damage done by monsters, it is also crucial to keeping the character’s mental situation stable. Some items are better than others at providing a sound mind, and it’s even possible to combine different items to ensure that healthier meals can be eaten. Coupled with being sustained nutritionally, the character must also sleep from time to time. Sleeping is the only way to save the game, so it’s an important feature to use. The character announces when he is hungry or tired. It isn’t mandatory to follow either instruction, but the character will become weaker the longer he goes without food or sleep, meaning he’ll be easier to kill by the monsters. There is a way to cheat the exhaustion or lack of food. Conveniently left in the bathroom of the apartment are pills to take that either provides items during sleep or staves off the exhaustion for a while longer. These pills are also conveniently replenished whenever they run out in the inventory. Only downside is that pills may not be the best thing for the character’s psyche.

Excellent sound design. Reminds me of when Silent Hill was great.
Intriguing story that will frighten and confuse you
New Game+ to get new endings
The pixelated design choice could turn people away

Lone Survivor: The Director’s Cut is certainly a game that cannot be missed. It is one that should definitely be played by all fans of the horror genre. If there was any game that would tip the scale into buying a Vita, this one would definitely be a strong case. Do not pass this one up.