When a publisher decides to create a stand-alone, portable version of a successful home console franchise, gamers around the world sigh heavily. Time and time again, we have seen that these games end up being created by a different studio, the game’s mechanics and features are simplified and the story tends to have a much smaller focus. Batman: Arkham Origins Blackgate ticks all of the above boxes – and in doing so, has become one of my favourite games in the series.

Armature Studio have taken the Arkham formula and blended it seamlessly with a side-scrolling platformer. The traversal, combat and exploration mechanics have required few alterations to work in the 2.5D world of Blackgate Penitentiary. While the controls have been simplified to suit the more limited environment space, this has actually removed a lot of the fat that multiple sequels have added over the years. 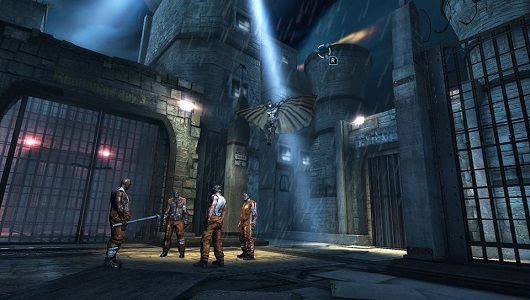 The story has also seen a similar simplification performed on it. Instead of the sprawling urban sandbox of Gotham we got in Arkham City and Origins, as the title suggests, this game focuses on the city’s prison. After the opening tutorial level, where Batman meets Catwoman for the first time by interrupting her in the middle of a burglary, we run into Commissioner Gordon. There appears to have been an explosion at Blackgate and after a failed escape attempt, the city’s worst criminals have taken the staff hostage. Gordon reluctantly asks Batman to help but it will not be a simple task, especially when everyone in there has a grudge against the caped crusader. 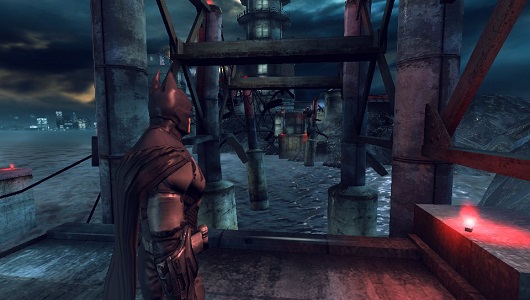 The prison has been split between the Joker, Black Mask and the Penguin. Similar to the Mega Man games of old, you get to choose which villain to take on first. Unlike said Mega Man games, progression as far as the bosses themselves requires exploration of all of the areas, as well as taking down mid-level characters like Solomon Grundy and Deadshot. This splits the game up nicely as you end up picking up all of Batman’s equipment rather quickly. 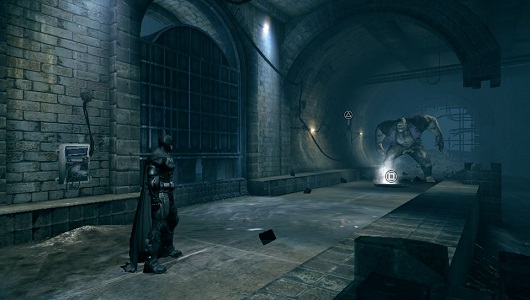 The one sour note here is the game’s map. The prison is a 3D environment but it is explored in varying 2D planes. The environments have multiple levels and numerous secret passages to find. Translating this to a game map is an unenviable task and, unfortunately, Armature Studio cannot avoid it becoming an oft-times confusing mess.

Dispensing justice as Batman is still satisfying. The combat of Blackgate’s home console brethren makes its way to the portable system mostly intact. Countering is still the name of the game, with cape stuns and takedowns featuring prominently too. The assortment of various enemies is as diverse as before also, from standard henchmen to brutish grunts. Boss fights also require Batman’s combat skills – but they also have their own quirks, requiring you to work out the enemy’s pattern and weak spots. They often involve utilising the multiple gadgets Batman acquires around the prison to overcome them, such as the explosive gel, bat claw and batarangs. 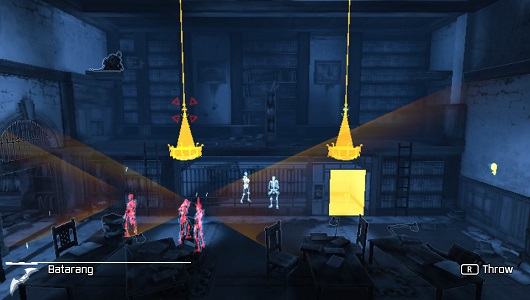 For a game with no multiplayer mode and a relatively high price-point, the value proposition of buying Arkham Origins Blackgate is helped by the amount of content to get through. The story is 6-8 hours long on its own, but there are also numerous collectibles and upgrades hidden throughout the areas of the game. Using the touchscreen to analyse the environment becomes a regular action when you enter a new location and works quite well too. There are detective cases to investigate, Easter eggs to find and secret passages to explore.

Moving the Arkham game mechanics has been seamless
The story is more focussed, similar to the original Arkham Asylum
Impressive visuals, both in-game and in the motion-comic cut-scenes
The game’s map can be confusing

I really enjoyed Blackgate. It is a return to the focussed narrative that made Arkham Asylum so compelling. The Vita’s own veritable utility belt of features is used intelligently and where appropriate. The gameplay translates to the portable system quite well too. Publishers should take note – this is how you expand your franchises onto mobile platforms.