With games like Super Crate Box and Ridiculous Fishing, Vlambeer are quickly becoming a favourite developer of mine. Their titles always have an immediacy to them – allowing you to jump straight into the action as the controls and gameplay are simple to grasp but very difficult to master. At the Eurogamer Expo, I was able to go hands-on with LUFTRAUSERS and can confirm that Vlambeer have done it again.

LUFTRAUSERS is a fast-paced side-scrolling shooter, where you control one aircraft and must take on an armada of enemies. The game’s precise controls, allowing you to manoeuvre your plane quickly into a new position, and the ease with which you can string together combos to add multipliers your score are the key to making you feel like a badass. 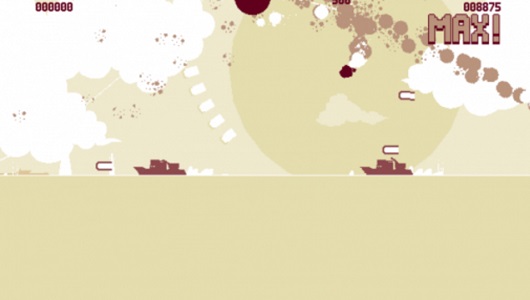 The demo station set up at the booth was running on PC and used a keyboard and mouse. Helpfully, the controls for the game had been hand-written on the game’s poster so jumping straight into the experience was made even easier. Unlike some side-scrolling shooters, instead of controlling the plane, you pilot it. By that I mean, you don’t simply press the arrows in the direction you wish to move – you accelerate and then use the left and right arrow keys to manoeuvre. This makes the dogfights far more interesting as you really need to judge both your speed and trajectory exactly.

The Luftrausers in the game are the aircraft you fly. Between missions, you can visit the hangar and modify the different components of your ship in the three customizable slots available. 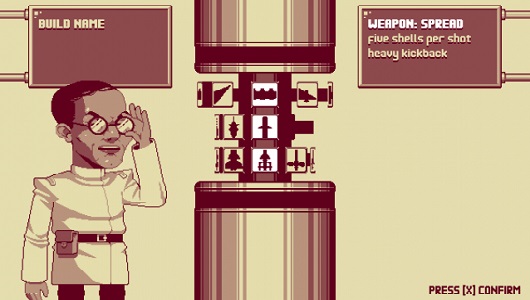 As you would expect, these customisations offer a lot of options to your approach in the game. Do you choose to go with a light, nimble, jet-engined fighter or build an airborne battle-tank of destruction? Though I was not able to experience it myself, I was reliably informed that later missions offer far more variety in the enemies and play-styles required to overcome them. This may mean that kitting out your plane in the right way will grant you a distinct advantage. 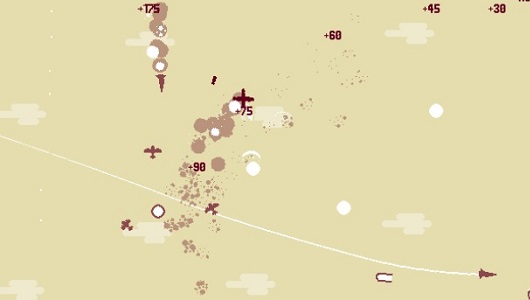 Aesthetically, the game is beautiful. Taking a monochromatic approach, the game looks vivid. Vlambeer have committed to this approach too with the menus also featuring this look. The whole thing gives the impression that you are looking at stock footage from the WWII-era. The sound is also impressive. Firing the different weapons in the game are a visual and audible treat. 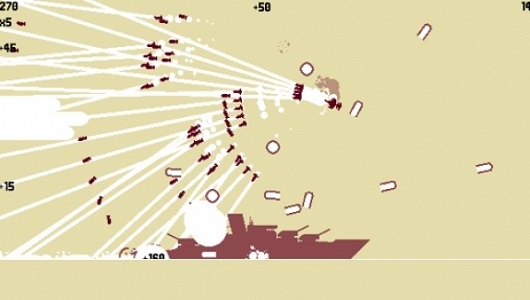 LUFTRAUSERS seems set to join the growing list of fun arcade games from the two-man Dutch studio. I would have liked to play the game using a controller as I will more than likely be picking this up for the Vita when it comes out. Regardless, Vlambeer continue to rise up the list of developers in my head to keep an eye on – with Nuclear Throne also coming soon, it looks like both of my eyes will be occupied.