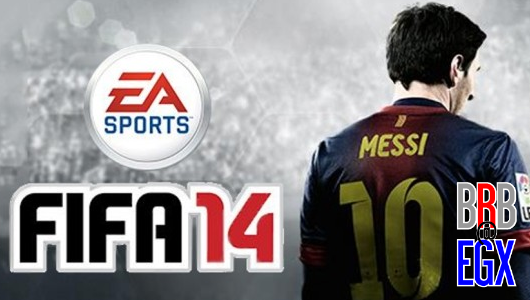 The last time I played a FIFA game was way back when Blur’s Song 2 was used heavily in the game’s soundtrack. I have no interest in football outside of the national tournaments, and even then it’s because it’s a good excuse to go down the pub. So with FIFA 14 being one of the very few games to be playable on current and next-gen consoles at Eurogamer Expo, it seemed I may have been the best choice to give the comparison of the biggest football game in the world an impartial view.

I started out on the Xbox One, since the queue for the 360 version was, unsurprisingly, non-existent, and found myself paired up with another person from the queue. Now, since I have no knowledge of football teams or players, I just picked Spurs for both games (you’re welcome Tim). Gameplay on the Xbox One felt very tight and responsive, whilst looking quite spectacular to boot. There were sharp and vibrant colours throughout the stadium, from the ball on the pitch, to the fans up in the rafters. I may have lost the match 3-0, but as a game I definitely appreciated the spectacle that is a next generation FIFA game.

When the match was over, I jumped straight to the front of the queue to trial the game on Xbox 360 with another random person from the line. Luckily, this person was about on par for FIFA skill with me, so it was a very even match that eventually ended with a 1-0 win on penalties to me. But unlike the Xbox One version, the 360 counterpart didn’t just feel like a current gen game, it actually felt as if I were playing a FIFA from quite a few years ago. Visually, there was nothing appealing about the game. No vibrant colours, no clean edges to player and ball models, and the crowds had such little depth to them. But the match also seemed to move at a much slower pace compared to my experience playing the game on the Xbox One, and the controls definitely weren’t as responsive on the older 360 gamepad. Although I’ve had years more experience with the 360 controller, playing on the new gamepad for the Xbox One felt a lot more natural and comfortable.

Admittedly, a lot of the visual issues I had with the 360 version could have been made more apparent by the older hardware. The game was running on very used Xbox 360 pods with 360 Slims and older screens, while the Xbox One was obviously on all new shiny consoles, with brand new screens. But even that wouldn’t have changed my impressions of the different versions that much.

When I walked into the stand and spoke to one of the reps, I made a comment about it being the same game, and he challenged me to try both, telling me they were very different games. When I was done with the match on the 360, I held my hands up, and completely agreed with him. So whether you’re a FIFA expert, enthusiast or just a fan of football, you may well have already picked up a copy on the current generation. But I strongly urge you to make the switch to the next generation as soon as you can, as you won’t be disappointed.