When DriveClub was announced during Sony’s PlayStation 4 reveal event back in February, the overriding emotion in the room could be most aptly described in one word – ‘meh’. Rightly or wrongly (and in my opinion, it was wrongly), people dismissed it as a hold-over for PS4 gamers until the next Gran Turismo entry was revealed (which didn’t go as many people expected anyway). Regardless, Evolution Studios are now marching towards release with their latest project and based on the brief time I got with the game at the Eurogamer Expo, they have something quite special on their hands.

The first take-away from my time with the game is this is not a million miles away from MotorStorm in terms of mechanics or scope. The game may take Evolution Studios away from the off-roading joy that set MotorStorm apart from the other arcade and simulation racers of the last decade, but the focus on fun and giving all types of racer a chance is alive and well in DriveClub. 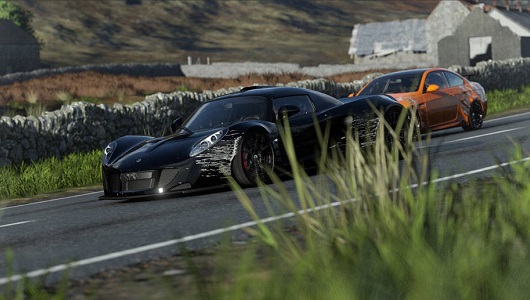 With a long pedigree in racing titles, Evolution Studios know what they are doing and the ease at which I was able to pick up the new DualShock 4 controller and string together a few fast laps was impressive in itself. The gameplay style seems to straddle the arcade/simulation divide – this allows casual gamers to pick up the game and still get something out of it, while also allowing hardcore racing fans to spend time on mastering the mechanics more fully.

The demo on show involved a three-lap race around a scenic mountainside circuit. The course was a rather basic figure-of-eight with chicanes and a few long drifting corners thrown in. The primary goal of the game is to earn your club points to increase its fame. The usual winning of races achieves this rather nicely, but for those who are not the most skilled at coming in first, there are also other challenges available for them to concentrate on. 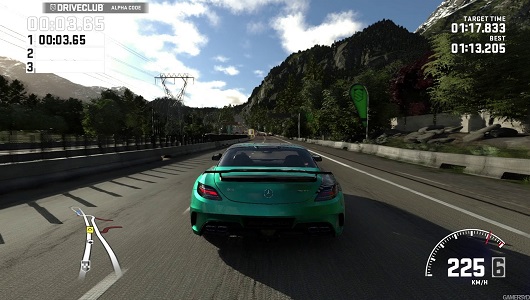 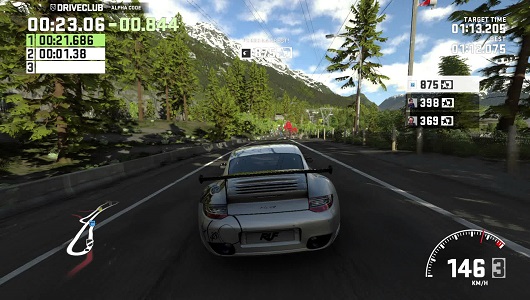 The interface is well-designed, showing you how well you are doing in the different tasks without distracting you from the matter at hand. The overall effect of these mini-challenges is an increased engagement in the race. You always feel like you are improving, which is a feeling I rarely get from the Gran Turismos and Forzas of the world.

Visually, the game is stunning. The demo we played was still an alpha build and seemed to be the same version that was on display at gamescom. Regardless, the lighting and environment details on show were impressive and the car models were incredible. While the resolution certainly looked to be 1080p, if not close to it, the frame-rate appeared to be around the 30FPS mark. This introduced some slight input lag, similar to last year’s Need for Speed: Most Wanted, which was mildly disappointing. Still, there is plenty of time to tweak the game before release, so I won’t judge it too harshly yet. 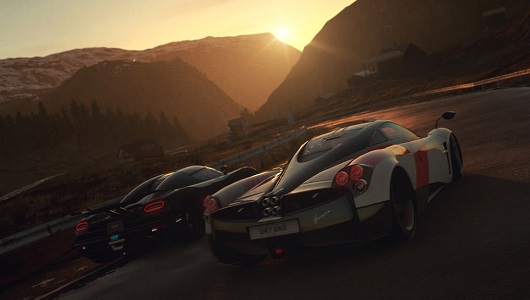 At E3 2013, Sony announced that there will be a special edition of DriveClub which will be free for all PlayStation Plus subscribers. This edition of the game will include all of the same race options and modes as the retail version, but a limited selection of cars and tracks. Based on the inevitable increase in the number of PS+ subscribers when the PlayStation 4 launches, as well as my play-time with DriveClub, Evolution Studios’ efforts to open up driving games to a wider audience may lead to it becoming the driving game of choice for those who normally avoid the genre.