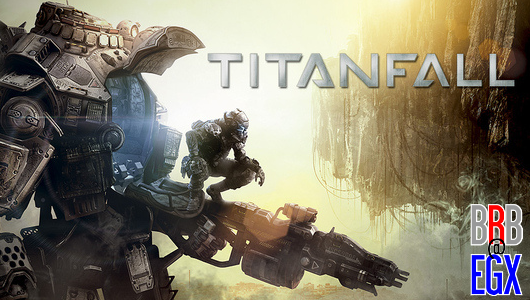 Since it was first announced at E3, Titanfall has been one of the few games that has solidified my decision to pre-order an Xbox One. Giant mechs and first person shooters should typically be a combination to get wrong, and with that in mind, Respawn Entertainment seem to have got it very, very right.

The UK’s first hands on with the game was an encore of the Angel City map playing the Attrition game mode that was first shown at gamescom. A short introduction — and very long line — prepared us for the way campaign multiplayer will play out and the loadouts on offer during the demo. Both pilots and Titans get three different loadouts to choose from ranging from standard assault rifle weaponry to smart pistols and magnetic grenade launchers.

The first thing you’ll notice about being on the ground as a pilot, is just how easy and intuitive traversing through the urban environment is using the thrust packs. Jumping towards walls at an angle will automatically latch you on to start wall running, which you can then jump or double jump from, go into another wall run and start the whole process again. During the video introduction, a player was shown getting from one end of the map to the other without ever touching the ground. This agility that the pilots have really lends to their definitive roles separate to the Titans, being the fast moving troops of the front lines.

Titans on the other are the huge damage dealers, as you’d expect from mechs, but unlike so many other games that have mechs present within them, the Titans move and respond with similar speed and actions that humans have. So while pilots have weapons that lock onto them and the ability to hijack, the Titans have a fair chance of getting out of a scrape quickly enough that they can live to fight another battle. 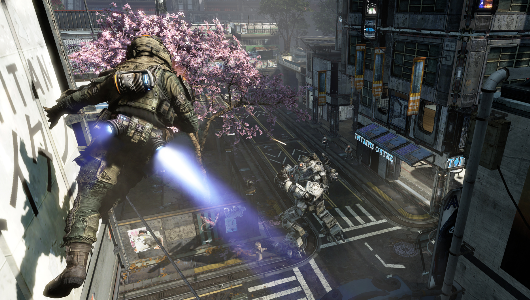 The Attrition mode saw two factions face off for control of the map in a death match style game. Playing into the campaign multilayer ideal, there’s a short intro video for each warring side that provides a story to your objective. To add to the story feel, there’s an epilogue to play once the game is over where both teams get the chance to earn extra points. The team that lost needs to fall back to an extraction point within a time limit, while the winning team have to chase them down and wipe them out.

Titans are made available after set times for each pilot, and when called in are quickly moving about by themselves if a pilot just doesn’t jump straight in, so the battlefield could be littered with mechs going to war from each side. But they never felt overpowered to the point that a single Titan could change the tide of battle, as all pilots have access to anti-Titan weapons,

The game plays fast and fluid, and is a ridiculous amount of fun when you get into it. Once you master the art of wall running, and quickly switching from pilot to Titan, you open up a number of paths you can take that just aren’t available in other shooters. We may still be a few months away from release, but I for one am ready for Titanfall.