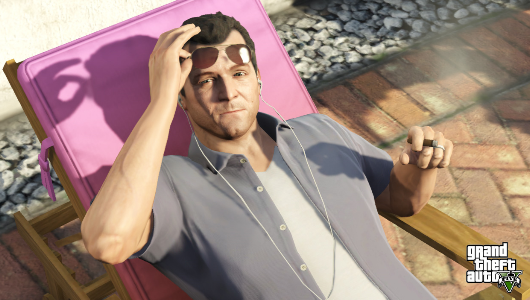 It’s no secret that the Grand Theft Auto V’s open world is the biggest Rockstar have created to date, so it wouldn’t be at all surprising if you’re preparing to revisit the expanded map of San Andreas and aren’t feeling just a little bewildered. Since the first hour of GTA V isn’t spent holding your hand through the basics of gameplay like GTA IV (get your own ride Roman!), Big Red Barrel are here to help you make the most of your early career as a professional criminal. 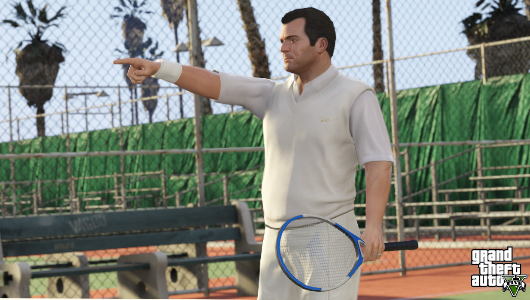 Playing tennis increases strength? You have GOT to be kidding me!

Early on in the game, you’ll be introduced to the various skills that Franklin, Michael and Trevor all have, each with different strengths and weaknesses. Franklin for example has been boosting cars for most of his adult life, so his driving skills are the best of the three, but being a two bit gang banger also means that his shooting isn’t up to the same standards as Michael and Trevor. There’s a number of things you can do to increase your skills, and doing so will give you a better chance of earning big bucks in heists and other jobs. There are seven skills that each character share, and one that’s used to power up their specific talents. Increasing your strength for example, through successfully landing punches or different sports will mean you can climb ladders faster, take more damage and deal more back. Helpful for when you’re being pursued by the cops. Driving, flying, shooting, stamina, lung capacity and stealth can all be upgraded early on, so make sure to get some buffed up stats for future jobs.

Random events can occur at any time while outside of missions as any of the three characters, and some are specific to the character you’re currently playing. These usually involve good Samaritan acts that you can either fulfil, or choose the unlawful path and take what was stolen for yourself. You won’t get more than a couple of thousands of dollars, but money can be tight to begin with, so it’s a great way to build up a little capital quickly.

GTA IV’s safe houses return, with each character getting their own pad. Simply go to the bed in each house to save your game in one of the 15 available slots. Save before planning stages, heists and missions to get better results. Although the ability to re-play missions is available, doing so won’t affect any progress made in your game already. There’s also a quick save option available from the menus on your in-game phone. These can be used outside of missions to save on the fly, so when you return to your game you’re right back where you left it, without the need to rely on autosaves. 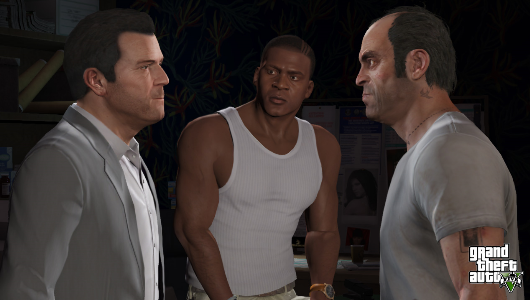 Stalking on LifeInvader is definitely less awkward than this.

While there are plenty of characters to meet in Los Santas and Blaine County, one of the new features of GTA V is the LifeInvader website that you can sign into using your Rockstar Social Club login. It’s based on the social network of the same name from within the game, where you can stalk various in-game companies and public figures, which could earn yourself discounts from a free paint job for your car at Los Santos Customs, to a reduced hospital bill after your first death. They’re little things that can help you out, but the other advantage of signing up with the Social Club is getting access to the BAWSAQ stock exchange.

The stock markets can be accessed from your in-game web browser, and give you the ability to earn a nice bonus if you invest in the right companies. Some missions will affect the markets, like the ones Franklin gains access to after the first heist, which will also give you some general tips about buying against competitors. You can also affect stocks outside of missions by destroying one company’s vehicles and property after buying stock in their competitor. For example, blowing up ECola trucks will increase the stock amount of Raine. Invest in companies that are currently at a low price, then wait for the tides to turn in your favour and make it rain cash. 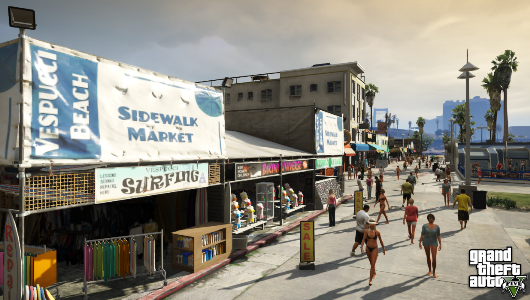 From weed shops to golf courses, it can all be yours.

After the first heist, you’ll have a fair amount of cash at your disposal, and while you’ll need to budget for weapons, ammo, armour and hospital bills, you’re bound to be able to invest in a business. Each character has certain opportunities to buy companies that suit their traits, so Franklin for example, can spend some dough to buy the cab company. Doing so will not only earn you a steady stream of income, but may also offer up new side missions to complete in order to earn a little cash.

There’s plenty of things to do in Los Santos and Blaine County, so make sure you take the time to enjoy it all and you’ll no doubt find an activity that you’ll not only enjoy but can also pay your way through your criminal career.

Sponsored Link: TRADE IN YOUR GAMES FOR CASH WITH musicMAGPIE.com