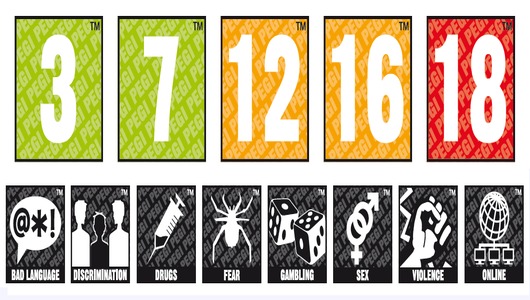 Games, Violence, Kids, And Why Ratings Are Important

With the recent release of Grand Theft Auto V, there has been a lot of focus on age ratings and violence in games in the media, especially in relation to children. I personally have seen GTA referred to as “notoriously violent” in the news and seen other games blamed for violence with only the most tenuous of link to the person in question. With games increasingly becoming the scapegoat for more and more violent crimes, I feel now is a good time to explain to everyone what these ratings mean and why they are so much more than just a number in the corner of the box.

Before I explain the ratings, I’d like to say that I understand most of the people who read this will be gamers but I implore you to read on as you may learn something you didn’t know. I would also ask that you direct anyone who has kids and may not understand what the ratings signify to this article so that they may be able to make more informed decisions on what games to buy. Increasingly, I’m noticing a trend of parents who don’t understand what games are appropriate for what age groups, just buying their children whatever title they like – with no idea of the content in the game. I’m not insinuating that games cause real world violence as this is an idea that I am firmly opposed to, however there are some games which the younger generation are simply not emotionally ready for. 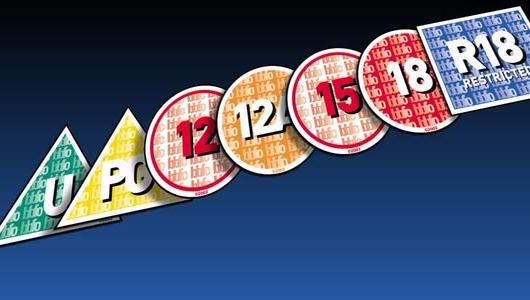 The old BBFC ratings. Still on games released before July 2012

(Minor spoilers for GTA V in the paragraph below.)

Take GTA V for example – there are many reasons why this game is not suitable for younger kids, including first-person lap dances and an interactive torture scene that has disturbed many professionals in the industry, as well as the obvious adult and mature themes that are inherent with any GTA game. A child would not know how to deal with these situations and it may effect them on an emotional level. I know when I was a child of about ten years old, I played a shooter that my parents didn’t want me to. I cant remember what game it was but I know it was a reasonably violent one. While never encouraging me to commit violent acts, it did effect me on a deeper level and I had nightmares for several days after playing it. My parents were pretty dialled in on what games were suitable and if I’d listened to them, this would not have happened. It’s not a situation I would like to see repeated for other kids and parents, and so I would encourage parents to get involved in your children’s hobby, learn about games and do some research before buying your kids a game that may not be suitable for them.

I also understand that ratings are not the be-all and end-all of which games are and are not suitable. I have a two year old son with another little boy on the way in January and I know in the future I will be encouraging them to play games like the LEGO series, Kingdom Hearts or other titles that are suitable for younger kids but still highly enjoyable. However I will also allow them to play some older rated games such as Halo or Fable with supervision. I know what sort of themes and content are portrayed in these games and in my opinion, they would be acceptable for a ten year old to play with guidance from a parent. However I would actively prevent them playing a game like Far Cry 3 or Dead Space as I know they would not be able to cope with the content of these games. Parents need to learn to use their own discretion to decide if a game is suitable or not and the ratings are there to help parents make this decision at a glance if they are not sure. This, I believe, is just as important as the ratings on games and if parents aren’t savvy about what they are buying for their children then the ratings become meaningless. 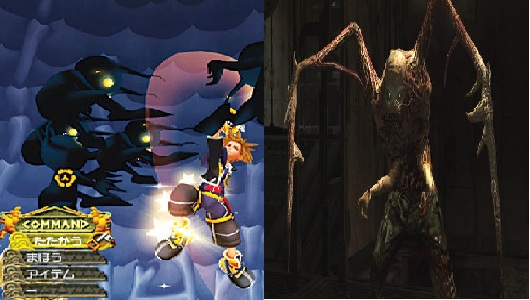 As of July 2012 in the UK and Ireland, just like most of Europe, games are rated using the PEGI system. This system combines an age rating ranging from 3+ to 18+ with symbols indicating the content of the game such as fear, bad language, discrimination etc. Essentially what this means is that a game with an age rating of 3+ is suitable for anyone three years and older, equally a game with 18+ signifies the game is only suitable for someone who is at least eighteen years old. Previously, games were rated by the BBFC, which uses a similar system to PEGI, with an age rating and a small written description of content such as violence, adult themes etc. This is where parents need to learn what kind of content is contained within the games they are buying. For instance, both GTA V and Kingdom Hearts both have a violence logo on them, however GTA is 18+ meanwhile Kingdom Hearts is 12+.  Parents need to know the difference between these sort of things if they are to make informed decisions.

Here are some interesting statistics from a survey by UKIE which show the lack of knowledge about games and what the ratings mean: 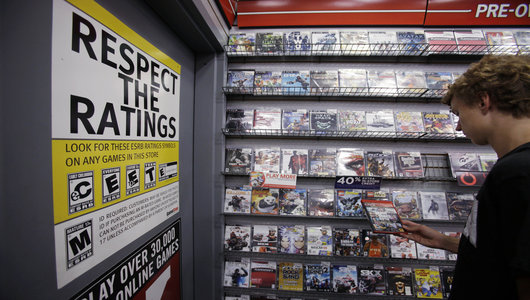 The ratings on this poster are American but the message is clear.

As games become more and more mainstream, a greater – if sometimes unfair – focus is going to be put on them and the situations they portray. Because of this, it is up to parents to become part of the solution rather than part of the problem – by checking if a game is suitable for their child and not buying it if it’s inappropriate. There will always be some who just don’t care or assume no harm can come from letting a child  play a mature game but if the majority of parents make an effort to learn what is OK and what isn’t then perhaps the media will realise games aren’t something to be vilified and kids and adults alike can simply enjoy games for what they are… games.