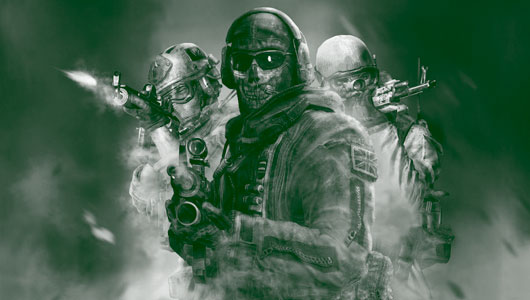 Europe is the New Frontline in the Next-Gen Console War

For years, Europe has played as a secondary battlefield to the larger Japanese and American gaming markets. With Xbox entrenched in America and Sony ruling the land of the rising sun, Europe has become the new frontline in the forthcoming next-gen console war.

Some big opening volleys were fired when the two rivals faced off on European soil at gamescom. Xbox One sunk a Sony battleship or two with the news that FIFA 14 will come bundled with pre-ordered consoles. That may not be a huge deal to a number of the Day One adopters, but it will undoubtedly be a huge marketing tool with the audience that Xbox One’s TV-friendly box wants to reach, the lucrative one/two-game-a-year gamer. This audience has both the time and inclination to watch the media functionality that Xbox are so desperate to sell them – perhaps more so than the typical gamer who has already preordered a console. FIFA 14 is undoubtedly a big name in the European theatre of war and represents a big and bold statement of intent from Xbox.

For decades Europe has been the region most likely to see major hardware launches delayed when compared to the USA and Japan. This situation has generally improved in recent years, and Xbox One goes along with continuing the tendency for simultaneous worldwide launches, but we rarely get hardware in advance of other regions. While we may be a fortnight behind the USA for the launch of PS4, news that the Japanese launch is dated February 22nd puts Europe three months ahead of the game – putting Europe ahead of its homeland is a war cry from Sony.

Battle lines are being drawn and European consumers are set to reap the spoils of war. FIFA 14 has already been followed by the news of Forza 5 bundles – Xbox One rolling out the first-party big guns already is yet another indication that more deals, bundles and special offers are on the way to tempt gamers to defect to the blue or green side. However, the price of the console is comparatively higher than in the USA or Japan – the UK price for the Xbox One is £429, whereas Xbox One is $499 in the US – i.e. roughly £320 and the PS4 is being sold in Japan for 39,980 Yen – i.e. just under £255. So we are still paying a premium compared to either console in the safety of its home territory. The more expensive (and ultimately overpriced at launch) PS3 sold for £425 in the UK, $599.99 in the US and 60,000 Yen in Japan. Despite prices falling overall, we seem to be paying a comparatively higher premium this time around. While this may be done to offset additional localisation costs and local sales taxes, it may also represent an increased level of profitability that could make the European region all the more valuable to the victors. 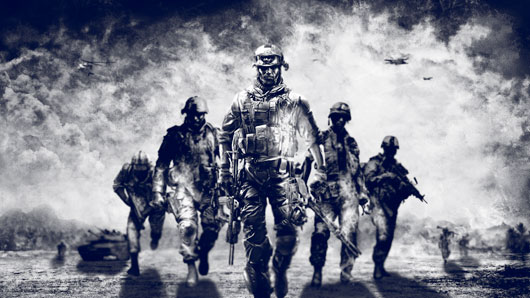 It may be worth taking note of the fallen European comrades we have already lost in this battle. Originally scheduled for launch in 21 regions, Xbox One has scaled down to 13, including only; the UK, Germany, France, Ireland, Spain and Austria from Europe. Once again, it sucks to be from Belgium, as they, the Netherlands, Switzerland, Russia and the whole of Scandinavia are left out in the cold. On the flipside, Sony is launching day one offensives in 32 regions around the world with 20 of them in Europe. Sony is trying an aggressive and bold territory grab as it looks to capture an early foothold in markets where, historically, the PS3 arrived behind Xbox 360 in the last console war.

In the previous generation, Sony gave Microsoft a year’s head start and they had difficulty catching the lead that this gave Xbox 360 – a mistake that Sony are keen to not repeat in this campaign. With only a week between the launch of the PS4 and Xbox One, this is set to be the most directly competitive console launch in the history of gaming. Never before have two direct rival console manufacturers launched consoles so close to each other. The average consumer will not invest enough money to buy both so decisions will have to be made.

Even for people as lucky/stupid as myself, who will be buying both consoles at launch, decisions will have to be made. Multi-format games vie for attention on different platforms with the additional firepower of platform-exclusive Downloadable Content. Even without software extras, investment in additional hardware needs to be decided upon. Which consoles will I buy extra controllers for? Should I buy a camera to go with my PS4? Should I buy a Vita to go with my PS4? And perhaps most importantly, as I still have some misgivings about espionage, where do I buy a cover for Kinect for Xbox One to stop it spying on me? All these are questions that need to be answered around the time of launch. Sony and Xbox’s marketing departments will be looking to provide us with answers  – and the answers that we are provided with are likely to lead to one console becoming more and more attractive as the other slips into the muddy field of desperation.

Some Microsoft executives are allegedly suggesting that they should pull out of a market that has overall, not been particularly profitable for Microsoft so far. Sony are struggling in other electronic markets and PlayStation remains one of their most profitable divisions. Neither side can afford to lose. Every victory, every loss, every consumer casualty will be hard fought and meaningful. Every inch of enemy territory captured will be drenched in blood, sweat and tears.