The first thing I noticed about Beatbuddy was the lovely, clear, crisp start screen interface. It’s a welcome departure from the grimy, bleak palette menu screens of some AAA titles. Then immediately, haunting vocals begin to echo, reminiscent of last year’s Journey (no doubt because they come from the same composers, as well as catchy music tunes from other collaborators). These pieces beam out at the beginning of the game and travel throughout. The levels themselves are beautifully crisp, colourful and lively. Your character Beatbuddy has a range of moves and is easy to control, like a symphonic Rayman, only cuddlier.

Game-play offers variety in actions. Beatbuddy can punch obstacles and foes, as well as dash forward, which make you feel like dancing (like a boss!) through tricky, platforming areas. Enemies come in a host of instrumental forms. Beatdrum is a type of bulbous plant that emits a drum beat, which can catapult you up in the air when you bump into it – this can be useful for crashing through certain structural weak points.

You’ll have to escape cave-ins, turn off musical spiky creatures and then quickly dash by them. Beatpoints can be collected throughout the game and checkpoints come in lovely luminously lit torches. 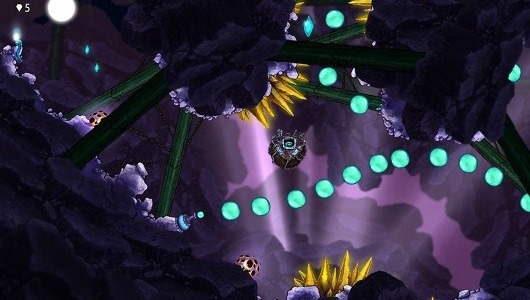 Levels are called Songs, with each song being named after the composer or musician behind it, which is a nice touch. When the music starts to kick in as you traverse the world and perform certain actions, it’s hard to control your shoulders from bopping along and it creates quite an immersive game. When you’re not utilising the musical mechanics of the game to advance further, moments of simple movement and swimming through Songs is a joy. 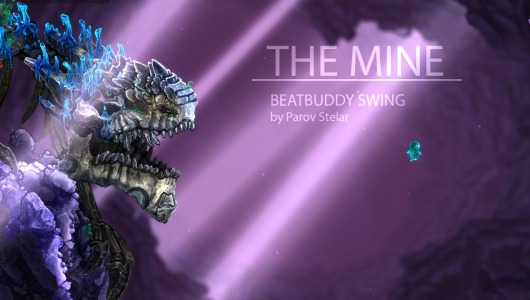 Alongside our interview at Rezzed, we also got additional information from Laurens de Gier, where he told us about the game’s collaborators whose talents feature in the game.

For the collaborations on this game, we’ve been working with artists who are doing exclusive songs for Beatbuddy. These include artists like Parov Stelar, who did the music for the demo we had playable at Rezzed, Sabrepulse who worked on Chime for the PS3 and Austin Wintory who has been Grammy-nominated for his music score for Journey (PS3).

We’ve also had help with the story from Rhianna Pratchett, who notably wrote the Tomb Raider reboot. Her role on Beatbuddy was to deeply polish the story for the game.

When we got in contact with her, we already had a story with scenes in the game and she offered to take the scenes and polish the story by ripping them apart and making them into one comprehensible story for the player.

Intel has also been a great help to us ever since we’ve won 2 Intel Innovation Awards for “Best Art” and “Best Audio” last year. They’ve supported us with some hardware, but also let us present our game on their stand on the Expo floor during GDC in San Francisco and during the Intel Extreme Masters League of Legends tournament.

We, as a company, have been very fortunate to have been working with all these talented people and we’ve been honoured by everyone who wanted to sign up for the project – especially since Beatbuddy is the first game of the Threaks.

Beatbuddy is still being tweaked to perfection by the Threak team, but I have to admit, I’ve fallen for the game already. It takes musical game-play to a different tier and is the sort of game I can imagine converting people who don’t play enough platformers, but really want to. Keep an eye, and maybe more importantly an ear, out for this game.