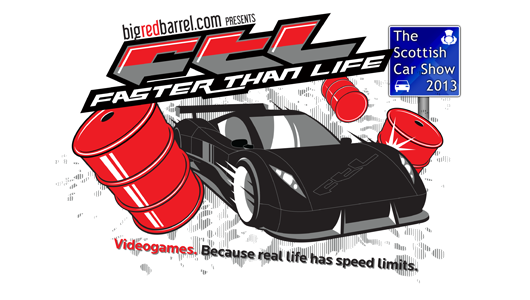 In case you haven’t heard our BIG news Big Red Barrel is hosting the “Faster Than Life” driving game section at the Scottish Car Show on Sunday. Below are some of the details from our prepared (but unreleased) press release with some extra details of some of the attractions and games on offer.

Big Red Barrel is proud to announce the incredible line up of games that will be playable at Faster Than Life, the brand new games arena at the Scottish Car Show 2013. Leading the way is the highly anticipated Gran Turismo 6 from Sony Computer Entertainment, which is being released towards the end of the year. The demo is the same as that featured at the Goodwood Festival of Speed and marks the second time that the demo has been made publicly available in the UK. Many already consider Gran Turismo 6 to be a candidate for best driving game of the year and UK gamers will be able to get their hands on it, among other excellent titles this weekend.

“We are delighted to have the team from Big Red Barrel coming to The Scottish Car Show as it will add an element that’s very much in tune with our audience” said Rikki Bruce, organiser of the Scottish Car Show. “We all love gaming and having a dedicated arena filled with a huge selection of future, current and retro racing titles is fantastic.”

Taking place this Sunday (21st July) at the Glasgow SECC, the Scottish Car Show is one of the largest driving events in the UK and 20,000 automotive aficionados are expected to attend.

“It’s a real honour to be hosting Faster Than Life at the Scottish Car Show and brining with along some of the best driving games around” said Tim Hibbs, co-owner and content director for Big Red Barrel and organiser of Faster Than Life. “Gran Turismo 6 is an incredible game and it’ll be great to see people try it out themselves and see why it’s getting a lot of praise. It’s stunning and will be sure to draw a crowd and Grid 2 is also one of the summer’s hottest driving games. We’ll also be hosting a number of contests throughout the show so it’s bound to be a great day for every one of all ages.” 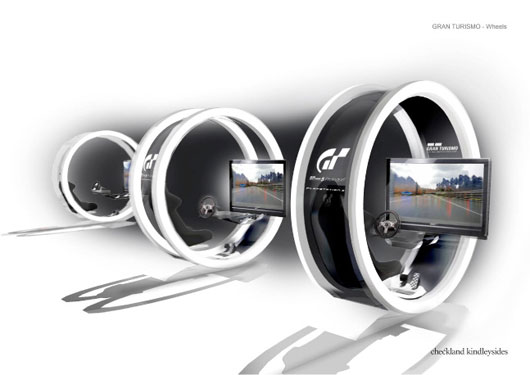 Two of the Gran Turismo Wheel Pods shown above will be at the Scottish Car Show this weekend.

Faster Than Life will also feature:

The family fun section that we are heading up also features a petting zoo, an assault course, paintballing & face painting!

Contests will be held throughout the day with a selection of games and other prizes courtesy of the lovely people from Sony, Codemasters, Microsoft, the Loading Bar and The Wee Fudge Company.

Faster Than Life: Videogames. Because real life has speed limits. 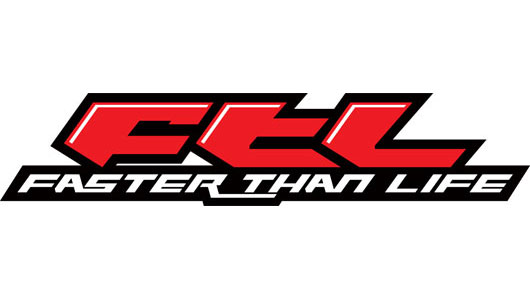