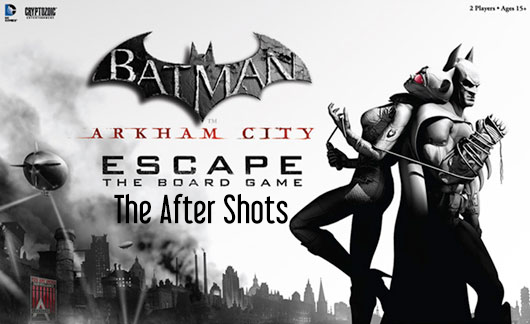 On the 16th of July, Big Red Barrel moseyed on down to Loading/MADD in Soho, London to head up the second of it’s on going Table Top Tuesday series of board game themed nights. This particular night was in celebration of Batman: Arkham City Escape’s launch, and was the first time that the game was publicly available to play. 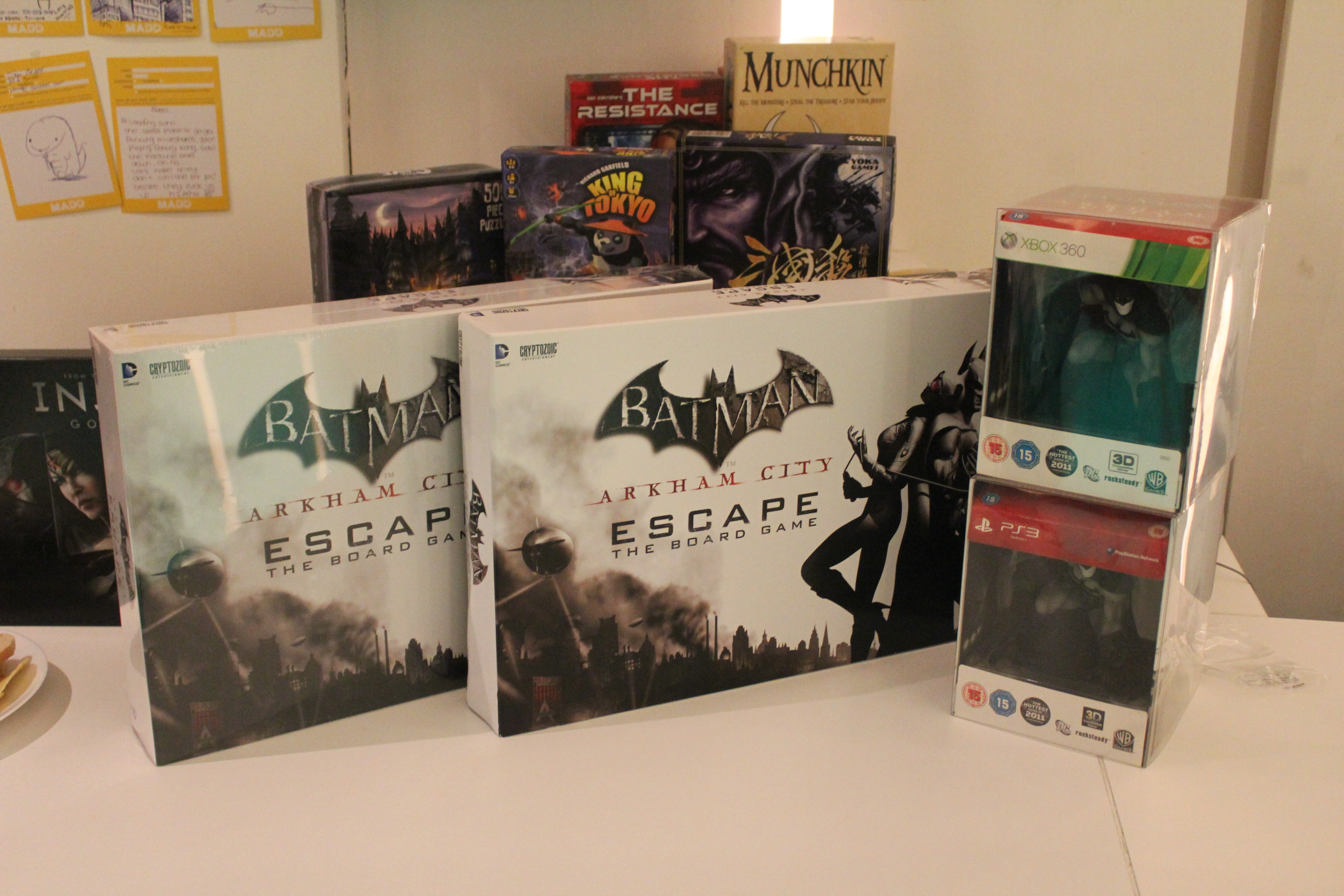 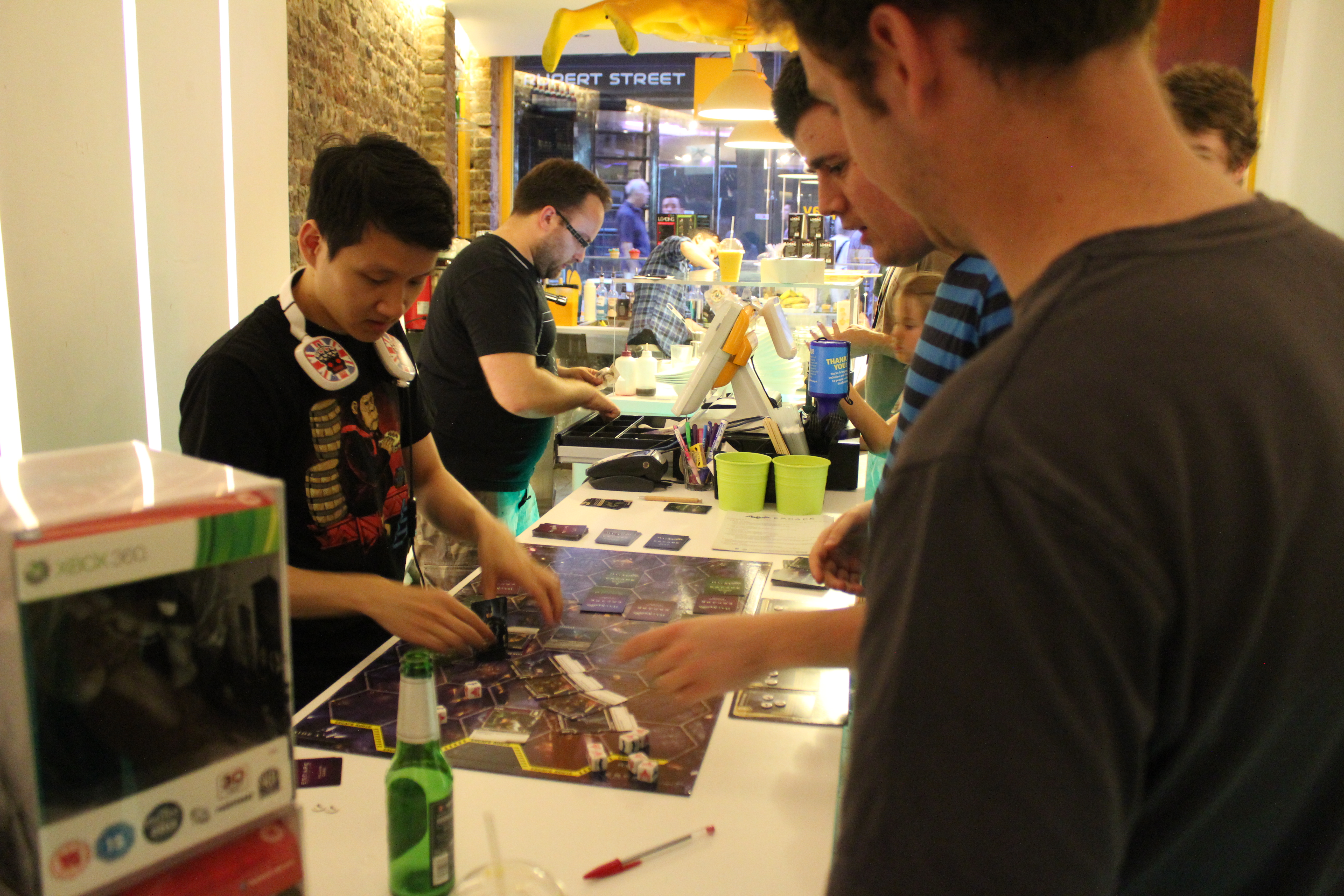 As he was the first person to play the game, Dan Seto went from zero to expert in about two rounds. He remained unbeaten as the villains throughout the night, raising suspicion of his villainy off the board as well as on. #DanSetoCheated 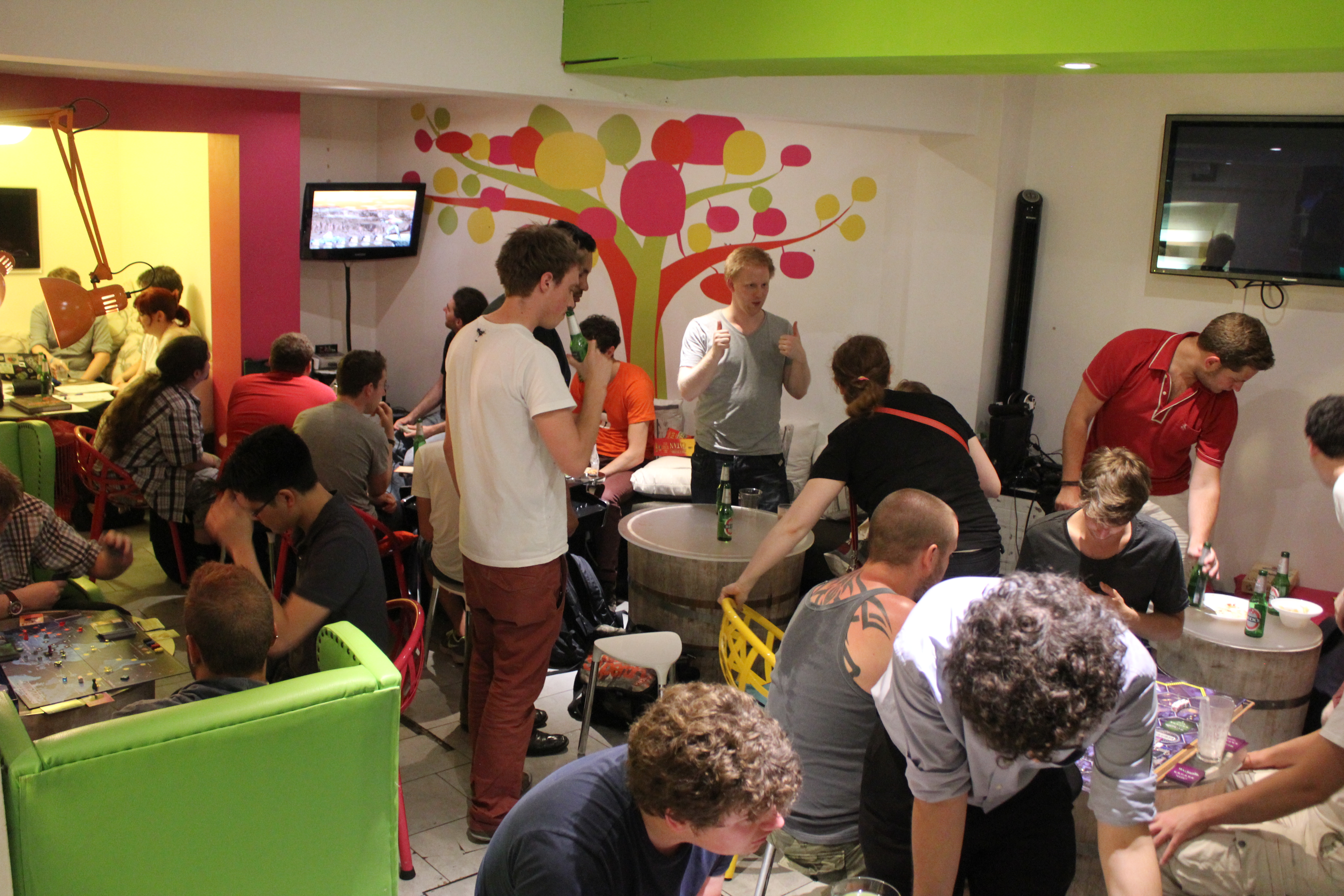 As the night wore on, Loading continued to fill with customers, with everyone wanting to play board games. It wasn’t long until every table top was occupied with a different game, leading to Tim Macgyver-ing a few tables out of stools and poster board for any additional punters. 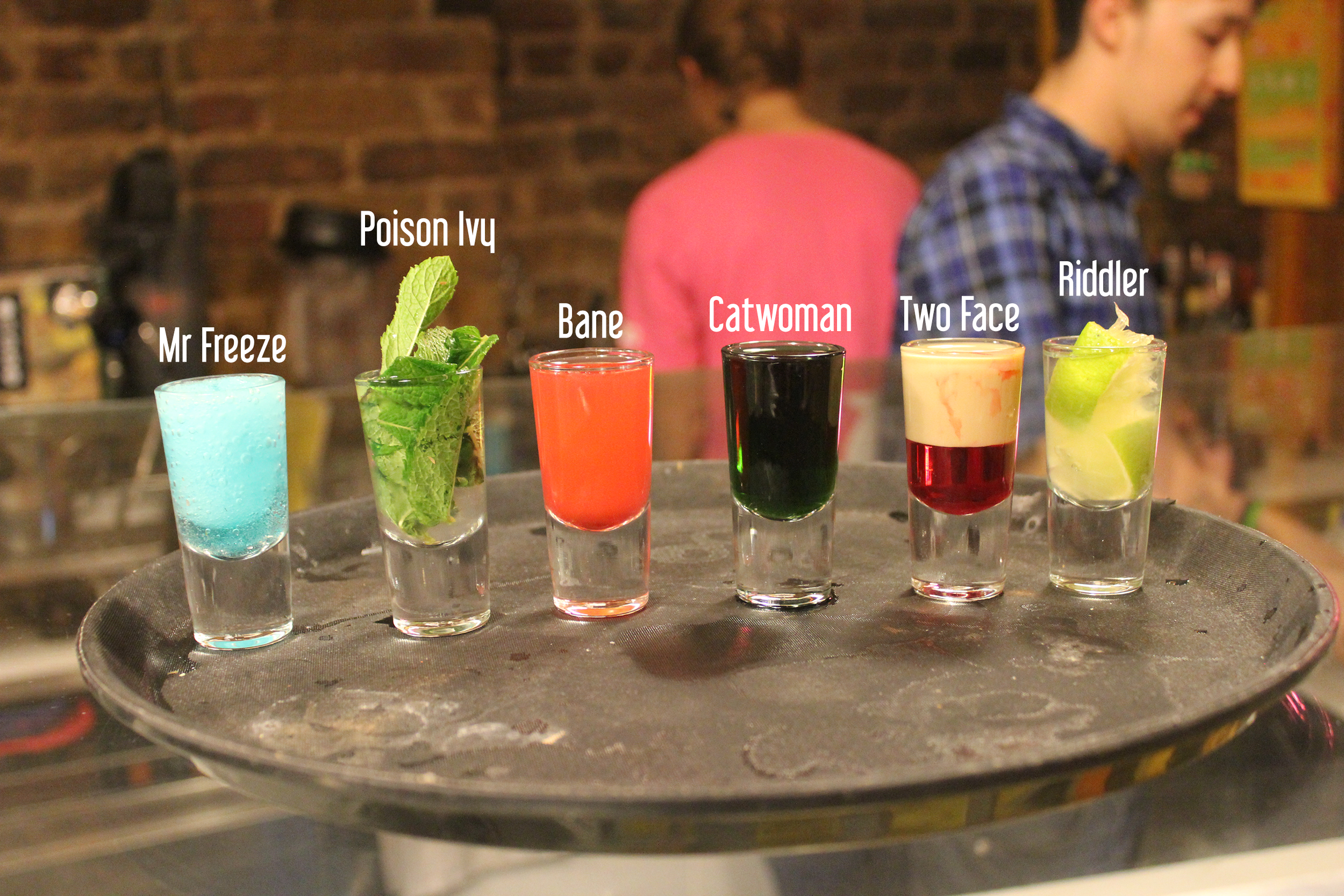 A selection of BatCocktails were available through the night, with each one named after a member of the Rogues Gallery. Screaming “I’m the GODDAMN BATMAN!” As you downed them was optional, but advised. 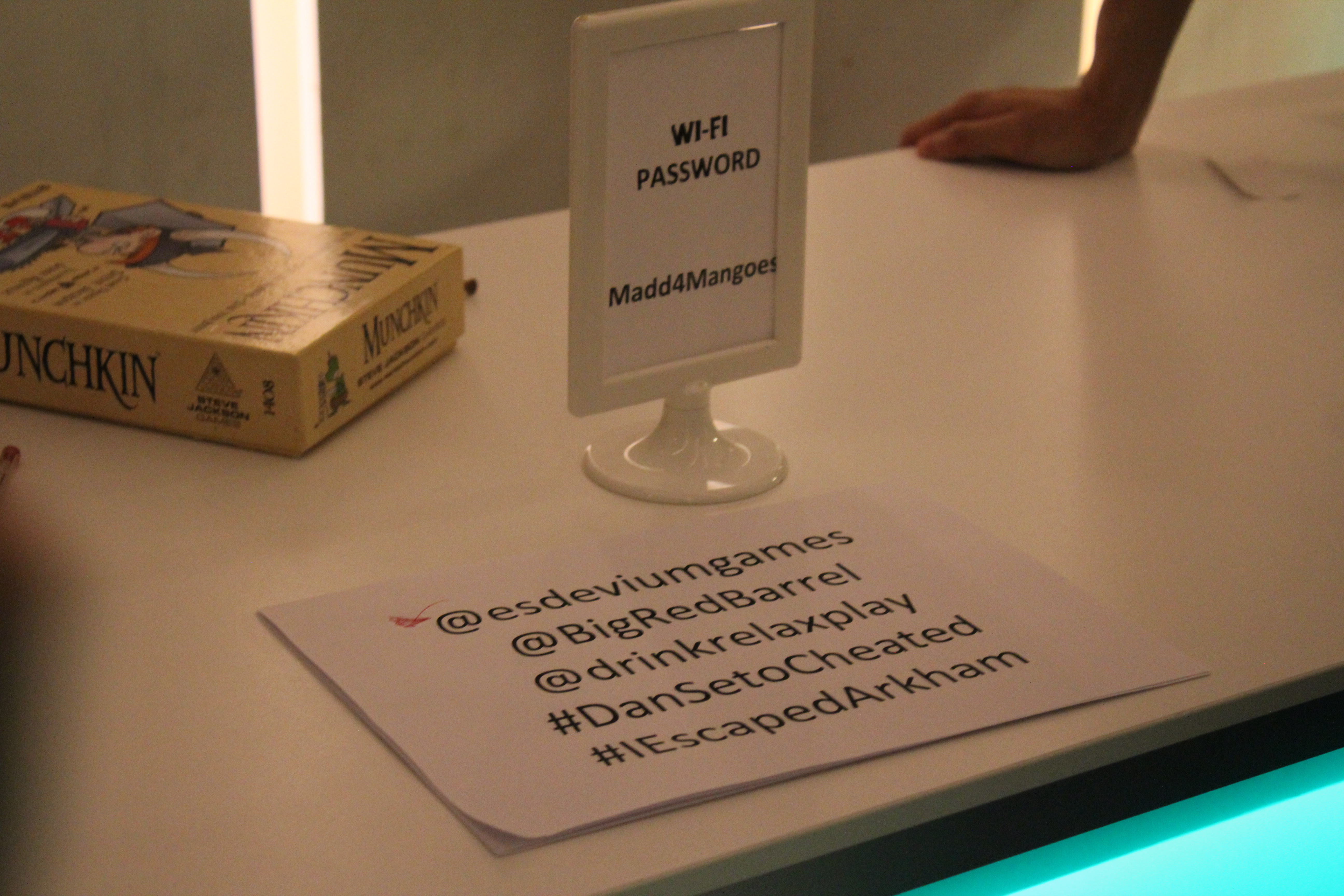 The main competition through the night was run through Twitter, with entrants tweeting the above message. Much confusion was cause as people saw their feeds filled with accusations against Seto. Winners were then chosen by Tim shouting a random number and Jimmy then finding the corresponding tweet. Prize winners for the night were a lovely mix of regulars to Loading (and to Table Top Tuesday), along with a few people who had come down for the first time. 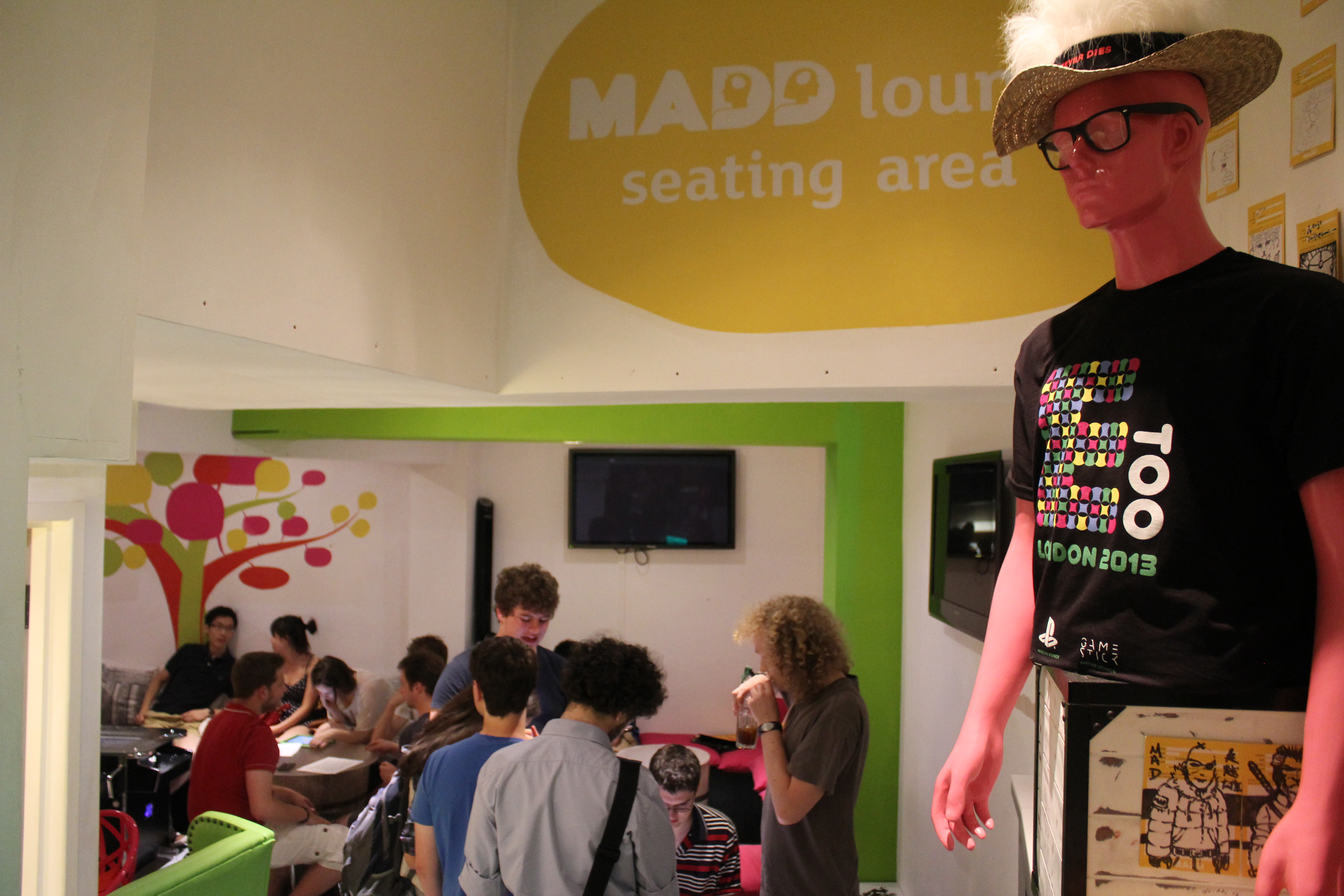 It was another fantastic night at Loading, and another successful Table Top Tuesday. A big thank you needs to go towards Jimmy of Loading and Jon of MADD for continuing to put up with us for another week, and of course to Esdevium Games for donating copies of Batman: Arkham City Escape. It was wonderful to see so many people playing together with friends and new friends alike, so thank you to everyone who came down. If you missed out on the night: FEAR NOT! A copy of the Batman board game has taken up permanent residence on the gaming shelves at Loading.

We will be continuing to head up a board game night at Loading every Tuesday from 8pm until late, and we hope to see as many of you there as possible.