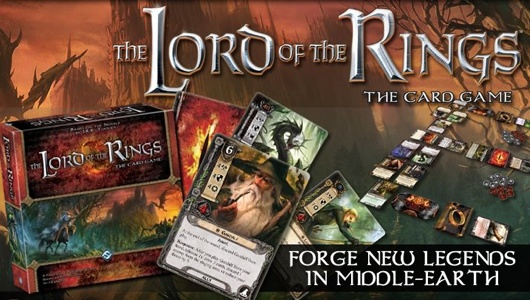 Review: Lord of the Rings: The Card Game

Lord of the Rings: The Card Game is termed a ‘Living Card Game’ where new scenario packs with new heroes are released each month and, although the original core game scenarios do not deal with any scenes out of the books, the consequent expansions do. So if you have the time and money you can work your way through the whole Lord of the Rings adventure. So, well armed with cola and a big kitchen table, what did we make of the core game?

The first thing that got me excited about this game was that it was two player co-op, rather than two player versus – meaning that you work together to quest through and (hopefully) beat a set scenario. The second thing is that you can also play it single player, making it great for if it’s rainy, your mates are busy or – horror of horrors – your internet breaks. 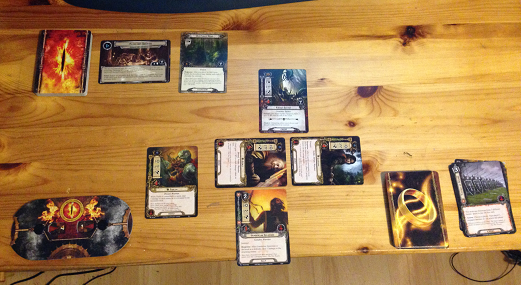 The core pack comes with 3 different scenarios to challenge you, each one more difficult than the last, and four pre-made 50-card hero decks, each of which require a different tactical approach. For example, I went for a warrior-type deck, headed up by one of my all time favourite Lord of the Rings characters – Gimli, which deploys a ‘up-in-the-face-with-a-large-axe’ approach rather than a ranged or spell based attack. Once a player feels more comfortable with the game and mechanics, there is opportunity to make your own 50-card decks to challenge with. 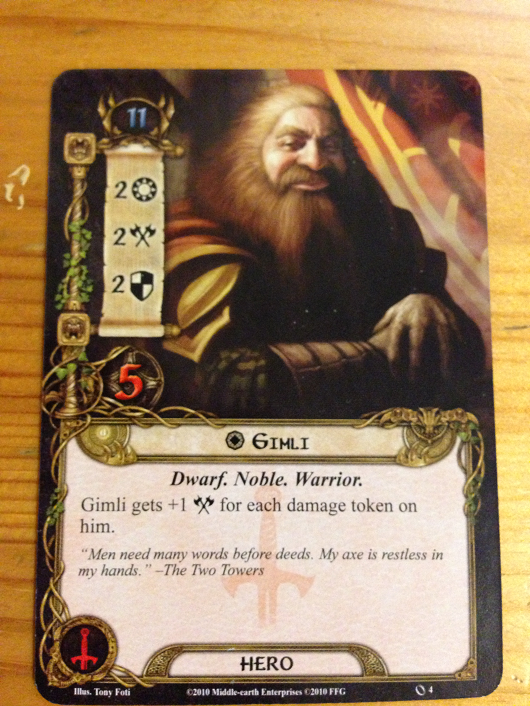 “Go on ye, touch me beard…see what happens”

A scenario deck has three double-sided cards that represent the stages of the scenario and a set of encounters cards consisting of creatures, events and locations that the players must face with their hero decks as they work their way through the stages of the scenario. The hero decks consists of your chosen heroes, allies, attachments – such as armour and weaponry – and events. Each player also has a threat counter which increments every round or when certain events happen.

Play is broken into rounds and each round has seven phases: resource, planning, quest, travel, encounter, combat and refresh. You can have three hero cards on the table, each one collecting a resource token each round. These are spent to play cards in that are in your hand such as allies or attachments in the planning phase. 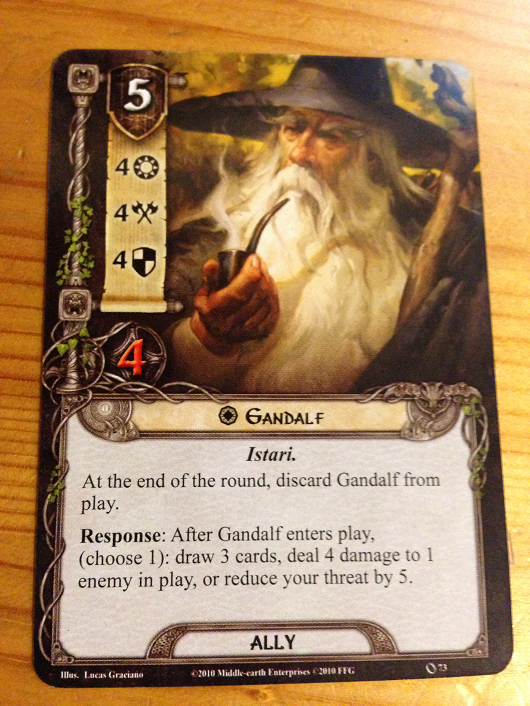 A wizard is never late, nor is he early, he arrives precisely when he means to…

The quest phase of the game is made up of three mini-phases. Players commit any number of characters to the current quest by tapping (or exhausting them); then, a card is drawn from the scenario encounter deck for each player present and, one at a time, are placed in the staging area and any effects or abilities are resolved. Finally, players compare the combined willpower total of their committed characters against the combined threat total of the enemy encounter cards in the staging area. If the willpower total of your characters is higher, then the players advance in the quest; if it’s lower, then each player’s threat counter goes up by the difference. 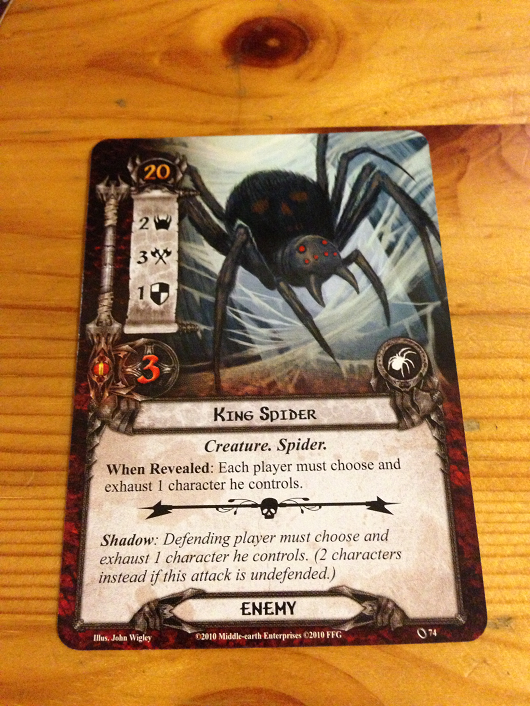 There are an awful lot of spiders in Mirkwood…

Some encounter cards are locations that can trigger certain events or abilities when travelled to or away from. Travel is a completely voluntary decision on the part of the players. But the encounter and combat phases are where the big fun begins, with players taking the fight to any enemy in the staging area or, if they choose not to, enemies will engage you if your threat level is higher than theirs in the combat phase.

This is an interesting bit of the game for when an enemy engages you, they then get dealt a ‘shadow card’ – a card drawn from the encounter deck – that gets placed face down near them. After you declare your defender, which exhausts (taps) the card, the shadow card gets turned over and the shadow text (if present) gets resolved. Combat damage is then resolved in the familiar way of hit points, armour points, attack points and a lot of head math. Luckily there are a lot of handy tokens provided with the game to keep track of it all.

After all this is over, take a sip of cola and refresh – or untap – the cards and start again onto the next round…

For the review, I played through the beginner scenario ‘Passage through Mirkwood’ in co-op with card game stalwart and trusty friend Kevin, and the I have to say this game is no push-over. Some of these beginner enemies were hard and luck was not really going our way at the start. There was a fair bit of “oh damn”-ing and “surely not?”-ing as we went through the phases, checking on the very well written rule guide quite a bit for a good chunk of the start of the game. 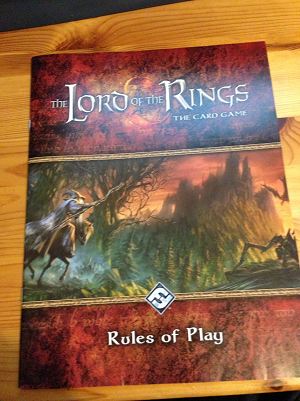 After a few rounds, though, we got into the rhythm of the game and got really engaged in the co-op tactics of attack and defence, what characters to commit, who to hold back, what spells or abilities to use when. It was a totally enjoyable experience and now something I’m pretty hooked on!

This is a well crafted, challenging game with some really great artwork and plenty of expansion packs to keep the game fresh, this game really satisfies on a lot of levels. Swords, sorcery and big, big spiders all in true Lord of The Rings fashion.