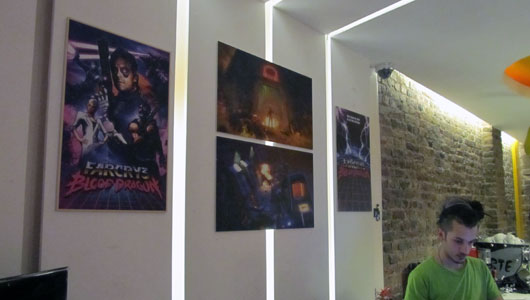 On Wednesday, Big Red Barrel, once again headed to Loading Bar in Soho, to host an 80’s themed Big Red Blood Dragon Night to help celebrate the launch of Far Cry 3: Blood Dragon. What you can’t see in the following pictures was the classic 80’s soundtrack that played throughout the evening, but you can see what we got up to while we transported back to an era that saw the birth of some of the first gaming mascots and icons…also big red Blood Dragons. 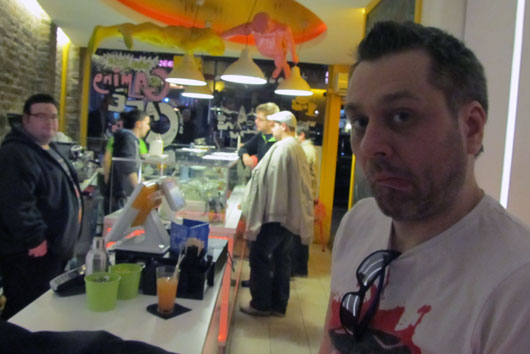 “I think we might be ready!” My face was acceptable in the 80’s. 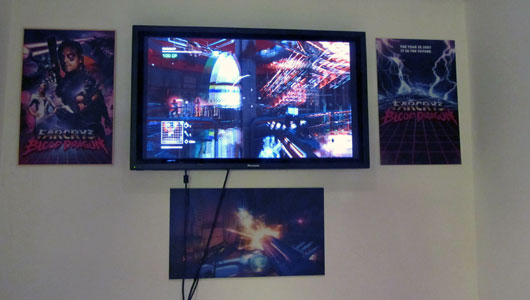 We had Blood Dragon available to play on multiple screens upstairs and downstairs. *Pew pew* 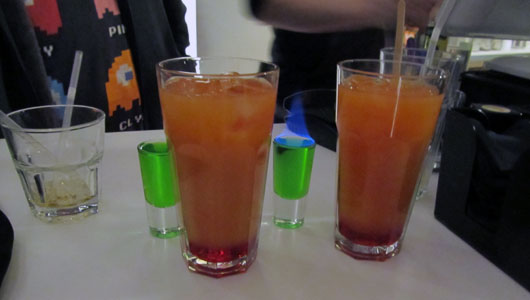 Flaming (and misbehaving non-flaming) Blood Dragon Cocktails made especially for the evening. A classic 80’s Tequila Sunrise with a flaming neon green twist. 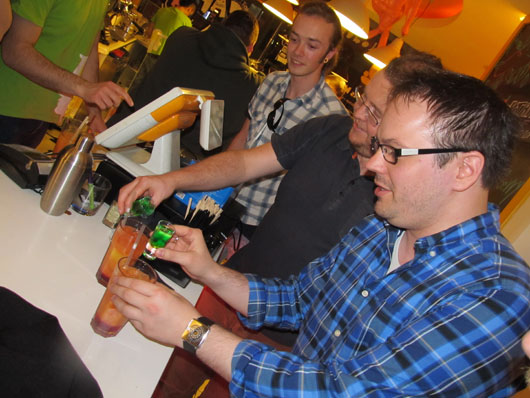 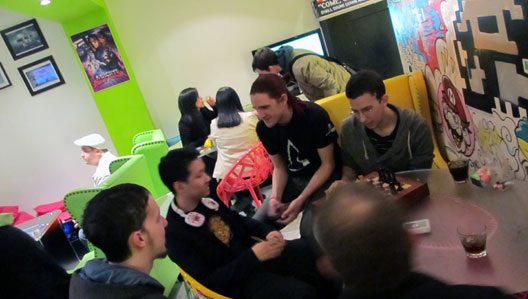 While others relaxed in the lounge area. 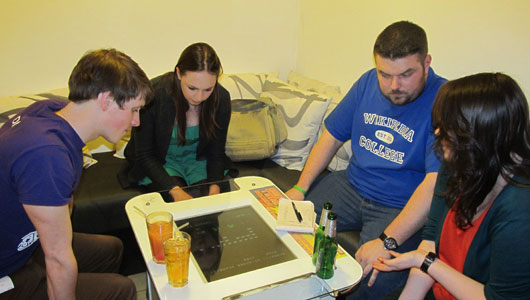 Two contests were set on the newly installed Bespoke Arcade. First up, a high score contest on the killer app of 80’s console, the classic Space Invaders. 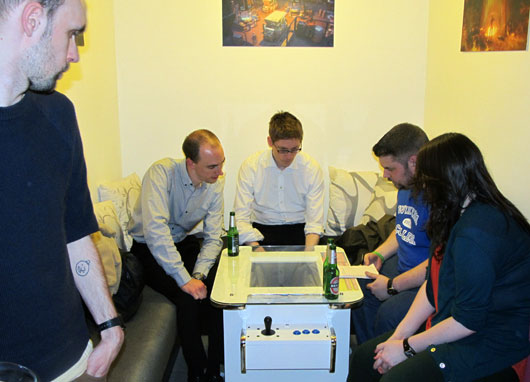 Contestants could win a copy of the Far Cry 3: Blood Dragon and their choice from a selection of ten “Classic” 80’s movie from a selection of ten films including Airplane, Trading Places, Pretty In Pink, Flashdance and Ferris Bueller’s Day Off. Everyone that wanted to enter took turns on the Synergy table-top arcade unit to have three lives to set their best high score.

And even though he couldn’t enter, Richard still didn’t want you to know that he scored 560 = p 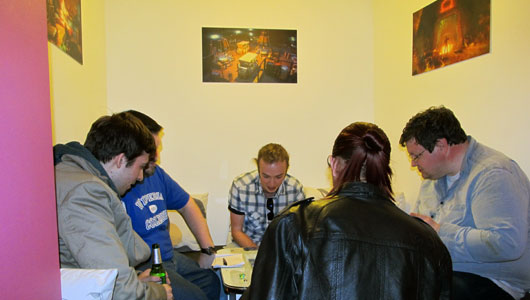 Later, we had a high score contest on Pac-man. The winners also won a copy of Blood Dragon for Xbox 360 and their choice of 80’s movie, with the runner-up also grabbing a movie. 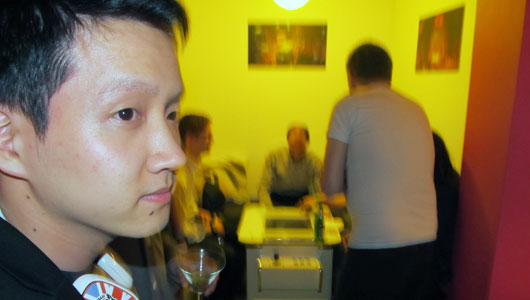 It was generally a fun night, but pre-planning Pac-man strategies takes serious concentration. 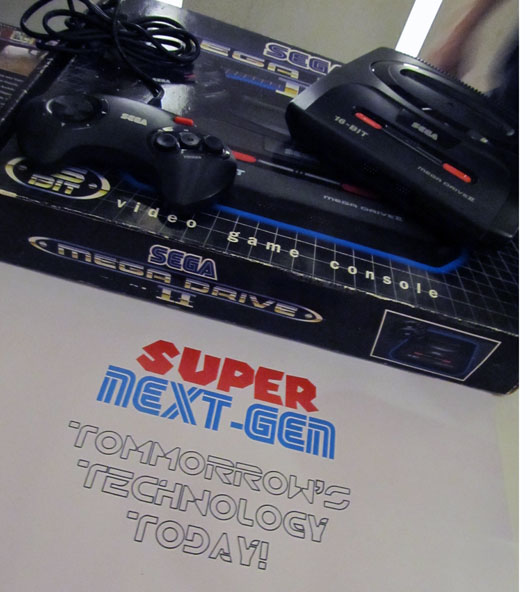 After the tense contests, we lightened the mood with our “next-gen console” reveal at the bar. Don’t ask how we had 90’s technology at our 80’s night, it is the advantage of a time-travelling non-sequential narrative that we don’t have to explain these plot holes of why this exists in our timeline. 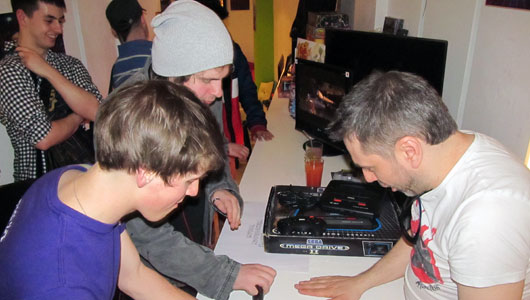 We then had a series of dice games with a game of chance in a knockout format. The finalists all walked away with artwork from the evening’s wall art, 80’s movies and a copy of Blood Dragon for Xbox 360. 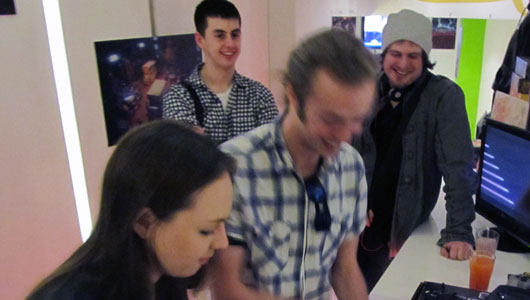 Laughter breaks the tension of the semi-final in the dice games! 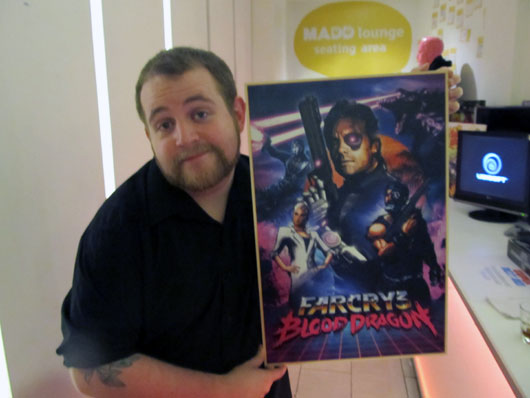 We *may* have forgot to photograph the winners with their prints, but fortunately we had handsome bearded models to step in for a promo shot.

Once again a fun evening at Loading bar, a Big thanks to Jimmy from Loading and Jon from MADD for the invite to host the evening. Big thanks to Ubisoft for use of the Blood Dragon promo art and for supplying copies of Far Cry 3: Blood Dragon. A Big thanks to Diarmuid, Claire, David and Richard for helping out with the hosting duties. 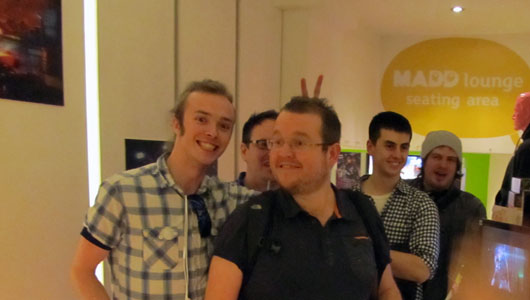 And a Big thanks to all the BRB forum members and everyone else that came down and made it such an enjoyable evening.