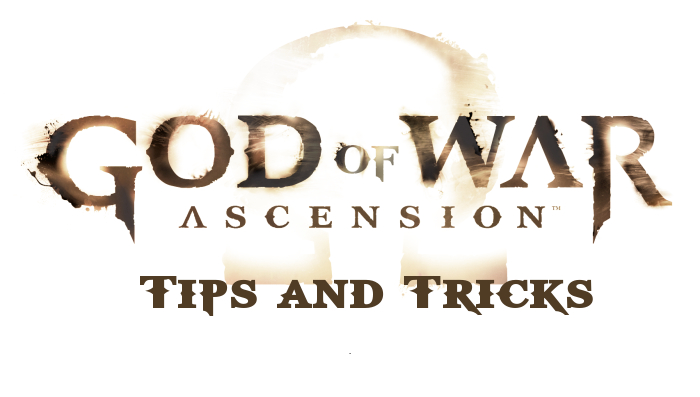 For those who find Kratos’ latest temper tantrum appealing and would like some pointers, this article may be useful to you. If you haven’t done so already, then you can also read my recent review. For those who have already sampled Angry-Spartan-VII: Prequel, if you feel like there is something missing below, don’t hesitate to add it… further below.  Onward, towards knowledge and death-dealing.

Like many brawlers, defense is vital to your survival in Ascension. Button-bashing can get you through on the lower difficulty levels, but knowing when to block versus when to roll out of the way will save your bacon as the game progresses. Thankfully, enemies (or at least their weapons) tend to glow just as they are about to attack so you will quickly learn which method applies for each attack. 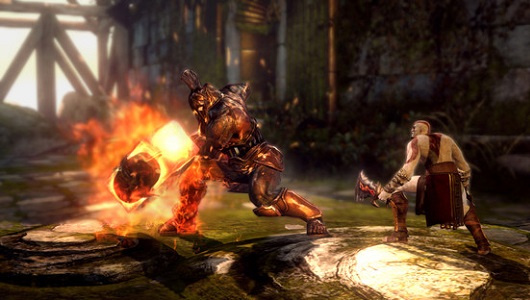 You should be rolling now!

The new grapple mechanic (tied to R1) is your new best friend, especially when you combine it with the heavy attack button (the Triangle button). This will cause your grappled enemy to be flung violently in whichever direction you move the analog stick – meaning you end up causing damage to three or four enemies at once rather than just the one.

An obvious one, but try to avoid becoming surrounded. Your blades can cover a wide area but generally it’s in one direction. If you find enemies spawning behind you, roll towards a free area of the map and try attacking again.

Once a battle is over, the area is normally free to explore without fear of respawning enemies. Make sure to use this time for exploration rather than plunging ahead as more often than not, red orb chests, Gorgon Eyes and Phoenix Feathers are just out of camera shot.

When you are introduced to a new area or path, the camera is set up to point you in the relevant direction or show off some new spangly view. Always try going where it is not showing you first, as most of the time, boxes or breakable objects are strewn nearby.

One of the first abilities you pick up is the Fire of Ares. Level this up immediately. It becomes a devastating attack that can make short work of bosses and large collections of enemies. 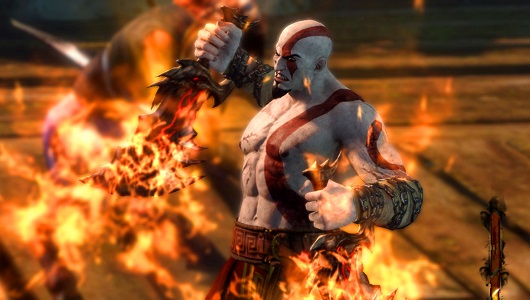 Despite the above point though, I suggest you use the Souls of Hades as much as possible. The reason being, not only does the leeching of health from enemies help, but more red orbs are generated with Hades’ power.

The Amulet of Uroborus is an item you pick up later on in the game. It allows you to use time to either cause objects to decay and fall apart or heal and repair. Most of the puzzles that crop up after receiving this item involve using it to change the geography of your environment to proceed. In order to avoid frustration, just remember that often, there is a mid-stage in the repairing of a landscape that may be useful. 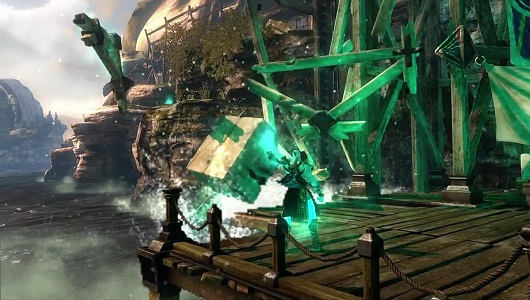 Always Be Counterattacking! While most of the advice from the single-player combat applies here, one of the cornerstones to the online battle mechanics is parrying. Achieved by holding down the block button (L1) and pressing X just as your opponent attacks, it causes them to go off balance, allowing you to pummel them. Helpfully, your enemy glows when the parry is available. If they glow red, it means a heavy attack is incoming and you need to roll your ass out of there! 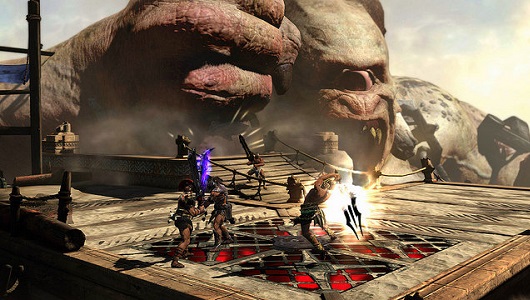 Always Be Changing! When you go on the offensive, as parrying is relatively easy to pull off, try to vary your style. Do NOT continually mash the quick attack as you will end up with your head stomped in before you know it.

Always Be Conniving! Yes, you read that right. There may come a time when you see an enemy on the ground, with a red icon above their head meaning they are ready to have their life extinguished. If the person who inflicted the damage on them hesitates as they try to pull off a brutal finish, as quickly as you can, use a quick attack to gain all of those lovely red orbs!