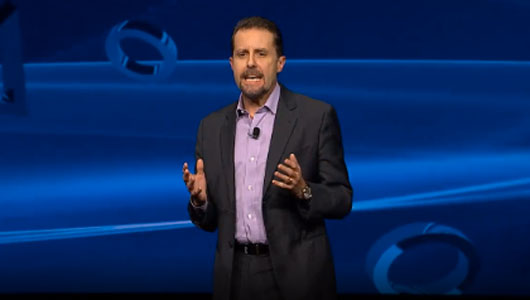 What Sony Failed To Tell Us

Many gamers, myself included, were left feeling a little jaded after Sony’s confirmation of the PS4 last night. While this may be attributed to us gaming bloggers being a cynical bunch of snarky bastards, it also comes as the result of Sony’s Meeting feeling a lot more like a press conference where they just confirmed our suspicions.

Even the name, PlayStation 4, matched the most bland of predictions.

We speculated that details would be thin on the ground, but we did get some basic details on the technical specifications. The 8GB of processing power is impressive, but it was pretty much a given that Sony would be abandoning Cell processor technology and moving over to having a “supercharged PC” sounded a bit more like admitting defeat then anything revolutionary. We did not think that we would get a price or a release date, but at least there was some talk of “holiday 2013”.

Many people seem disgruntled that we did not get to see the hardware, but that was always more likely to happen at E3, and really tells you very little about the important factor, i.e. what is on the inside. On that at least, we got more details than we may have wanted, but no matter how impressive the tech specs are, it is difficult for most average gamers to equate that to what we will end up seeing on screens and so can be a hard sell without the full catalogue of games to help showcase it.

A lot of Sony’s faith for what they see powering the next console generation came from the Gaikai technology they acquired last year. This does have the practical application of making playing demos a degree easier through instant access and performs a similar function to allow purchases to instantly start playing a game. It also has the added benefit of empowering the new “Share” button to allow you to easily share short videos and watch other people while playing their games. However, this was exactly what we have been speculating for months that this technology would be used for — having seen it all before on OnLive — and the only feature that seemed to have been added was the ability to take over the playing of someone else’s game. Gaikai functionality felt more like a confirmation than an announcement or reveal. 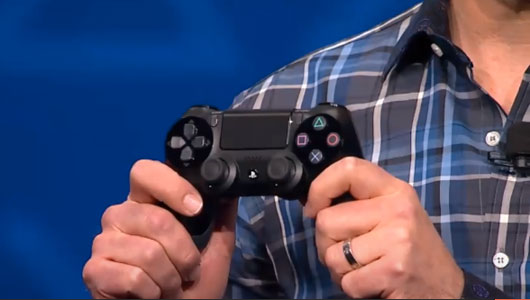 The one piece of hardware we did get to see was the newly redesigned controller. This did look fairly exciting, if a little crowded, but some of the thunder was stolen by this, now seemingly accurate, image being circulated a week ago. I liked what we saw of the controller, but Sony failed to give us a detailed guided tour and I really hope we hear the words “vastly improved triggers” in Sony’s not too distant future. The new pad was also used to highlight what was arguably the biggest technological surprise of the evening, with the ability to pause a game, power down to standby mode and rapidly power back up to play where you left off. As Sony also mentioned that the console would allow background downloads even when the power is off, this will hopefully make waiting to apply updates to a game every time you turn your PS3 a thing of the past. As such, this was perhaps the best consumer focused announcement made last night.

In terms of the games on display; Knack seemed like an odd choice to open with, as it was not exactly a graphical powerhouse, but it did show off the current darling of the tech demo, some stunning particle effects. Knack presumably also led the way as it was the only game to demo some of it’s Vita connectivity. Shiny Space shooter number 1 (a.k.a. Killzone Shadow Fall) looked very impressive, as did shiny Space shooter number 2 (a.k.a. Destiny) – or at least I think it did, I blinked and missed more than half of the previously unseen footage. InFamous: Second Son is sure to please fans of the franchise and seems to be hinting at the inclusion of a multiplayer or co-op being added. Capcom showed off, Deep Down, which was later revealed takes place in the Dragon’s Dogma universe, but it is hard to get too excited over that without seeing in game footage. DriveClub may have forgotten the first rule about DriveClub, but at least petrol heads can be pleased that they won’t have to wait until the next Gran Turismo to get their PS auto erotica fix.

Watch Dogs may have been widely speculated to be a next-gen game, but still looks like the new IP most likely to help sell consoles. The demo shown did more to show of the graphical capabilities, which was fine for this sort of event, but I would prefer that subsequent demos do more to evidence the new unique variations in dynamic emergent gameplay that we saw in the original trailer. I had also hoped that we may have got some more details on how the multiplayer functioned and how this might interact with the Share functions and social media integration.

Jonathan Blow’s The Witness did not seem to wow, but I shall reserve judgement until we see more gameplay details. Once you got over the excitement of seeing Blizzard’s name in blue, you realise that an eighteen month old Diablo 3 was possibly the most boring game they could have announced. Square Enix seemed to have wasted everyone’s time showing an eight month old tech demo and telling us to “be excited for E3”. While we all would have liked to have seen more games, I have to admit that overall, for this far out, there was actually a fairly good selection of games on show and probably just enough to tempt most gamers into thinking about preordering a console.

Vita owners may have felt a bit left out, but I did warn everyone that they were unlikely to preload the front end of this with too much talk about the Vita to prevent discussion of how badly the Vita is selling (at least outside of Japan) from marring the announcement of their new living room console. As we were about to kick off the LiveBlog last night, people were commenting that this would be the ideal opportunity to announce a Vita price drop for Europe and the US, this made sense as one was recently announced for Japan, but as I commented at the time; “Yes, but…Sony.” Sensible and Sony don’t often sit in the same board room.

Overall, it was not a bad showing for Sony, but the previous generation of consoles did a very good job of reinventing themselves and it was difficult to get away from the feeling that this was more akin to one of these reinventions than it was a full scale new hardware launch. The previous (current) generation was ushered in with the fanfare of two major technological innovations; HD and Broadband, but there is no sign of the headline grabbing technological watershed, save for the inclusion of streaming and it is difficult to be at this stage and see how this could have as big an impact. There was no talk of 4K screen support or the type of download speeds that would be needed to take full advantage of the Gaikai functionality, but I expect to hear more details on both soon.

There was a lack of surprises and Sony certainly have a lot more to say about “The Future” going forward, but let’s not hold that against them in the present. It is time to get excited, not more cynical. The more I come to believe that, the happier I will be.