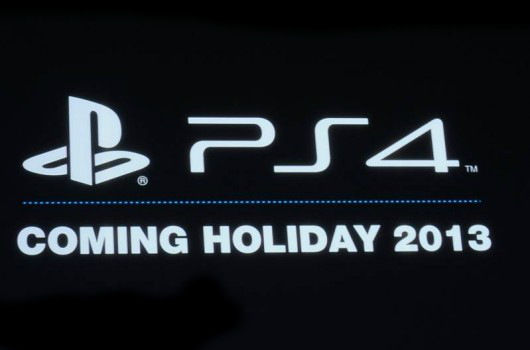 The Most Exciting Games Shown At The PlayStation 4 Event

Well there you have it, folks! The PlayStation 4 is officially a thing and Sony showed off games to prove it. Instead of talking about the entire event and breaking down what happened, I’ll be focusing on the games that were shown. Social features like stalking your Facebook friends while playing video games sounds cool and all, but games always come first. Regardless of whether these games come out on launch day, these are the games from the selection shown at the PS4 event that I am the most excited about getting my grubby mitts on. 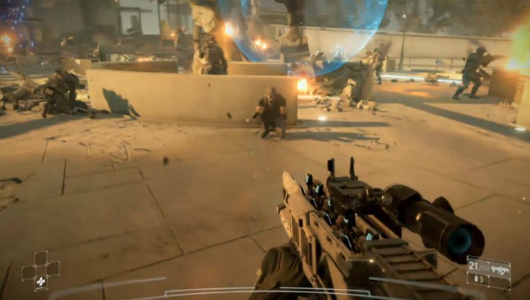 Hey, everybody! I’m a first person shooter man with a gun!

I will be the first to admit that Killzone 3 dropped the ball story-wise. The plot felt like it was written by people who didn’t really seem to care about the Killzone universe. Sure, improvements were made to the gameplay, but Killzone 3 didn’t come anywhere close to matching the cliff-hanger at the end of Killzone 2.

Though picking up on the story of Killzone 3 might not matter for the latest title in this franchise – Killzone: Shadow Fall might well pick up on aspects of the franchise’s universe that are outside the well-trodden story arc of the previous Killzone titles.

What was fantastic to see in the video Guerrilla presented was that they seemed to have added a lot more color to Killzone games. Technically impressive shooters are fine, but they can find themselves somewhat artistically bankrupt in the graphics department. Killzone 3 did try to add a few more colors besides shades of brown to some of its levels, but it never featured the breadth of color that was shown in the Shadow Fall video. I really enjoyed both Killzone 2 and Killzone 3, so I am really excited to see what those pesky Helghans are up to in Killzone: Shadow Fall .

I’d probably be a demon too if I had the words Diablo III written on my forehead. What sort of marketing tool do these people think I am?

The actual announcement of Diablo 3 at the PS4 event wasn’t that exciting. We already knew Blizzard was going to get around to putting out another console game and, frankly, Diablo 3 seemed like an easy choice. I don’t really care about PC gaming per se, but I am always excited when PC games find their way to other platforms. It means more people can experience a game that they might not have been able to otherwise, and it can be a great way for publishers and developers to reach a new audience.

If the port is good enough and all the features and functions are available, I think the PlayStation incarnations of the game might be enough to get people talking about Diablo 3 again. Although I’ve never had the chance to play Diablo 3, I am really looking forward to trying it to discover for myself what the fuss (both good and bad) is all about.

A game such as this can be a big deal when it comes to console launches and, while Blizzard haven’t announced the date for Diablo 3 on either the PS3 or PS4, you can pretty much guess that it’ll be some time around the “launch window”. You got to get that loot, son!

No, I didn’t add a random underscore for the sake of it – Watch_Dogs is really meant to be typed that way; so we might as well get used to it. In a perfect world, Watch_Dogs would finally give us the answer as to who watches over the Sleeping Dogs. Nonetheless, it seems that Ubisoft is setting up Watch_Dogs to be the next Assassin’s Creed.

By running the creativity of the Assassin’s Creed franchise into the ground courtesy of annual sequels, something entirely new had to be created in order to keep fans of the genre happy. Ubisoft wants to stay in the business of making awesome open-world sci-fi games, so Watch_Dogs is their new baby. The game was shown at E3 last year, but Ubisoft off showed more gameplay that seemed different enough from other open world games at the PlayStation 4 event to get me excited. The idea of controlling all the electronic devices around you seems truly awesome and, if it’s done right, it could add a lot of room for improvising through being able to muck around with the world as you see fit. We all know that Ubisoft loves a console launch, so I’d imagine they’d be keen to get Watch_Dogs out for the PS4 on launch day, but you never know. Just think about all those next-gen Uplay points we’ll be able to earn!

What do you think?

So those are my thoughts on the games that were at the event. What game(s) shown at the event seemed the most interesting to you? Are there any games you are going to have pick up on launch day?