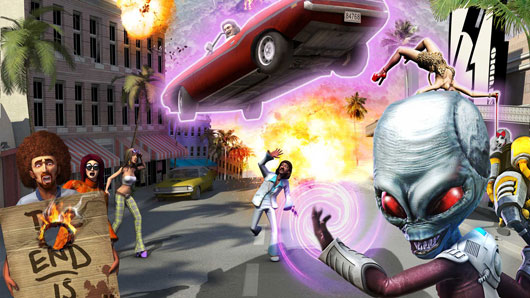 Not Knowing Your Limits Can Destroy All Your Worlds

In a world dominated by the mega-budget, multi-studio developed, “Triple A” retail products, you have to sell to the masses — this can have its advantages, but is often a cause of an homogeneous effect that stunts creativity. However, the risk of failure of large projects can lead to the necessity to play it safe and develop a title that will appeal to as many people as possible. But in the absence of wide ranging appeal, it is perhaps even more important to know the limits of the audience you are able to reach.

Having a large budget may ensure a certain level of production value and, at least should, ensure a certain level of quality of the final product, but it is certainly not a guarantee of either of those, nor are any of those a guarantee of sales. The downloadable space sees a lot of innovation and the “triple A” game space sees ever increasing budgets, both have grown in recent years, but it is the middle ground that has shrunk in this console generation. The expectations put on what a game sold at retail is forecast to sell to be considered a success has been raised considerably.

Darksiders was a sleeper hit for THQ and so they made the decision that if they were to throw more money into production and marketing that this would translate into a greater game with even higher sales – in fact THQ almost bet their company on it. THQ is currently attempting to get permission to sell the family silverware just to keep their head above water, this may be an indication that this was not the wisest move. THQ said that Darksiders 2 did “not perform to our expectations” despite selling a fairly respectable 1.3 million copies.

As a third person action/adventure game the Darksiders series does have some fairly wide spread appeal, however the macabre nature of a story centering around Death may have painted it into a slightly niche corner and further limited it’s appeal given that the story happens at a similar time to the first game, and to a character without some of the natural charm and appeal of the much more likeable brother, War. A niche product should know that it is of limited appeal, it does have it’s place, but maybe not in the unforgiving spotlight of the mass market. 1.3 Million units in sales should be a success and it not being so means that someone failed in their expectations. 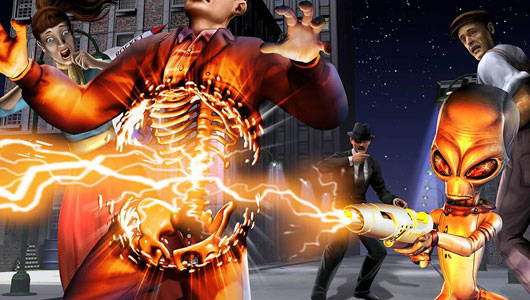 Apparently, despite the numerous attacks from outside ‘alien’ sources, THQ’s executives were not gutless, as it was said that you could see the backbone of their support.

XCOM: Enemy Unknown was my overall game of 2012, and although I was pleasantly surprised to see it so high on other people’s list, its appeal is somewhat limited by its niche genre and may be further limited by its difficulty. At least, parent company, 2K Games, had a good understanding of exactly what they had on their hands. XCOM sold less than 1 million copies at retail.

Now, before I go any further I should point out that both the sales figures for Darksiders II and XCOM came from VGChartz.com and so do not include downloadable statistics. Given the nature of the games involved, I would expect XCOM to have sold a greater number via digital means, but still expect that Darksiders II would have just about out sold XCOM (at least in the short term) but for the sake of argument, let us say that they sold roughly the same amount.

XCOM has been hailed as a success and a sequel is already being talked about. On the other hand, Darksiders II has been virtually labelled as another millstone around THQ’s neck that further threatens to pull them deeper into the troubled financial waters they are drowning in. I have no doubt that there are a number of other factors in play — principally, that the development and production costs for Darksiders II was likely to be a lot higher than that of XCOM, resulting in Darksiders II requiring a higher number of sales to reach its break-even point.

THQ was quoted as saying that the break-even point for Darksiders II was 2 million units, and that’s crazy! The break-even point is pushed up this high partly by a large advertising budget. XCOM had a perceivably lower level of advertising funds, preferring to stick to cheaper magazine placements and online adverts. Darksiders II had an advertising campaign that also included premium magazine adverts, utilising front spreads and rear covers, as well as a TV campaign that included both advertising and sponsorship — a level of campaign more usually reserved for a “triple A” project which would normally return a greater number of guaranteed sales.

I would also argue that there were missteps in the game design that meant that some of the investment of finance did not result in a higher quality game. The best example of which, was the extensive changes made to the weapon upgrade system that arguably made it more complicated, less accessible and did not result in the combat system being any more enjoyable.

I am not saying that Darksiders II was not a good game. I am not even the one stating that it under performed – that was THQ —  as a direct quote from IGN — THQ president Jason Rubin noted that while the company was pleased with Darksiders II’s quality, the game ‘did not perform to our expectations,’ adding that “in the current marketplace only the absolute top tier of releases is making an impact on game consumers.” That is not enirely true. XCOM (and many other games) have shown us that you can make a success of a game that sells a lot less than 2 million copies. Had THQ demonstrated a better understanding of this situation and been more aware of where Darksiders II should have been placed in the market, they are less likely to have been facing the crisis that darkens their doorstep now. Then again, these are the same people that stamped “approved” on the production of uDraw, so maybe common sense and a good knowledge of your market is beyond their limits.

And that is how a company that makes great games helped destroy every world it ever made.