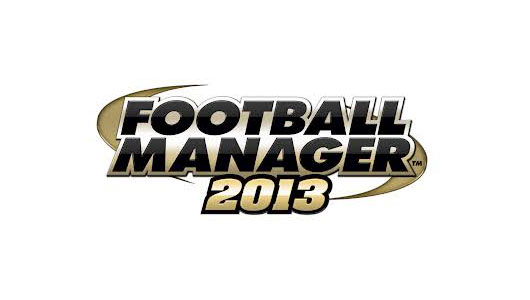 Worth noting that I have not played a Football Manager game for some years. Having mainly been a fan of the console titles, I carried on playing on the PC for a year after the console versions stopped and also played a version on the PSP.

Football Manager and I used to be blissfully married, in an addictive, sometimes abusive, relationship that often ventured into the destructive. I made a conscious decision to divorce Football Manager for despite my love of the series, I needed my life back. If it was not for quitting my Football Manger addiction I would never have found the time for blogging and podcasting. Just when I thought I was out, they drag me back in — kicking, but not screaming.

The standard management mode has continued down the path that I saw the game progressing, with an ever increasing degree of complication that at times can make the game feel a bit too much like a full-time career to be easily classed as fun. Pre-match and half time team talks need to be handled in a manner that will inspire rather than upset, and individuals can be singled out if they have not responded well to the overall teamtalk. A number of other factors of the day-to-day running of your team can be micromanaged including; team selections, training focus, player and staff recruitment, dealing with the press, as well as all of the formations and tactical options that you would expect.

All of these options can be handled by your Assistant Manager, either permanently or on a case-by-case basis. It is nice to have this option of help available, but it also somewhat undermines my need to be there, as it often seems that the game sometimes is better at playing itself than I am at playing it. Obviously, the quality of your back room staff influences the quality of advice given, but I suspect that even the best assistant may not always be entirely accurate. My best result so far came as a consequence of ignoring both the formation and personnel that was suggested to me. Chelsea’s goalkeeper, Petr Cech, was less happy than my fans. The advice that your assistant manager offers up during matches — via a stream of text bubbles — is best not to be ignored though, sometimes a bit too reliably to be comfortably realistic. If your assistant tells you that their right winger is getting too much space to deliver crosses and you don’t do something to react to it, then you can bet you are only moments away from conceding.

This is also the first time for me seeing the 3D match engine in play. Not sure if the juxtaposition of watching this so soon after playing FIFA 13 has spoiled me, but I have to say I was not as impressed as I thought I would be. I think that the 2D engine with my imagination behind it was an infinitely more powerful processor than the 3D match engine is capable of. In a similar manner to the uncanny valley issue of human realism, the closer this gets to real life, the easier it is to see it’s flaws. Defending sometimes looks odd or oddly absent and build-up play can be overly stilted or unnatural looking. It certainly is not a problem most of the time, but any time it does happen, it is difficult to ignore. It is not a gamebreaker though, and the match engine is still capable of delivering moments of joy as your team puts your cunning tactical ploys into good practice. Last ditch saves and last minute winners can have you jumping out of your seat and only when you come back down do you realise that you are returning to a desk rather than a dugout. 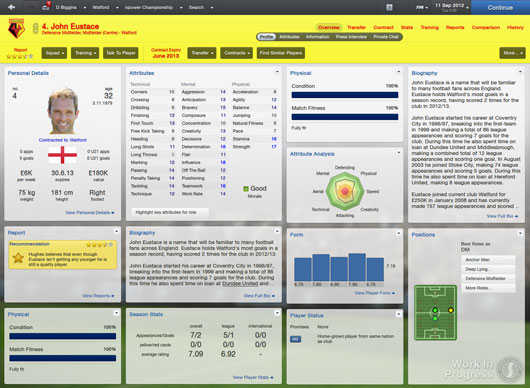 The modified interface is clean, precise and easy to manage. Drop down menus feature more heavily than previously, but it is easier to navigate through more information once you have got use to the changes.

Classic mode is a new addition for this year and is streamlined version of the game, designed to be easier and quicker to play. This mode is a direct attempt to provide an option for those that do not like some of the more recent additions and want a version of the game that is reminiscent of older releases. It still has the 3D match engine and full player database, but has a reworked, slightly simplified interface and strips out all of the pre-match and halftime teamtalks as well as removing the need to deal with the press. It allows players to get on with the buying and selling of players, picking squads and deciding on tactics and formations. It works well in it’s aims, but I found it a little difficult to go back to so soon after playing the all singing-and-dancing version, as it made the overall experience seem less interactive. It may be a pain, but talking to the press and the players does make you feel more like a modern day football gaffer.

The Classic mode also includes the addition of twelve unlockable game settings where you can choose to make the game even easier by disabling  some of the rules and regulations, like abolishing Work Permits or artificially boosting your transfer funds. I imagine this may be controversial to FM purists, especially as they are available as in game purchases, but I can see why SI may be looking to dip their toes in these waters and half of the unlockables are eventually available through in-game achievements.

This year’s version also includes a Challenge mode that sets you a scenario that you then need to managed a solution for and there is also the inclusion of online modes.  The standard online mode has been enhanced and is now managed through Steam. Online leaderboards have been added, as well as a versus mode where teams from the single player mode can be imported. N.B: I did not test these modes when working on this review. 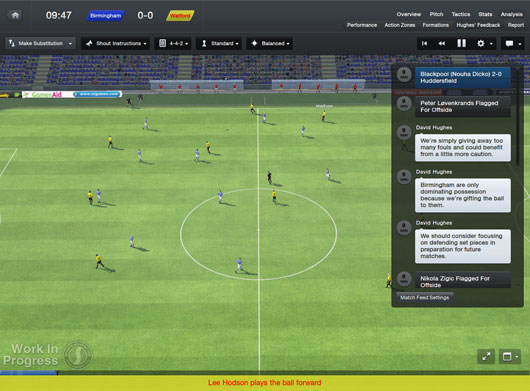 The 3D match engine is impressive, but can also suffer in comparison to what it now sits next to in the gaming world – i.e FIFA. You can see a list of in game action and your assistant manager’s advice on the right hand side of the screen and tactical changes such as formations can be changed much more easily with the on screen drop down menus.

An ever more realistic simulation of the life of a football manager
Classic Mode could solve the issues for recent detractors of unwelcome additions
Highly addictive and still great value for money given how much time can be invested
Can feel too much like hard work
Unlockables (and even Classic mode itself) may upset the modern FM purist
Could consume your life!

Overall there may be a few missteps here and there, but to call Football Manager the daddy of the football management sim is perhaps disrespectful — it’s more like the Granddaddy. It has seen whole franchises (such as LMA series) come and go and is still standing strong twenty years after first signing players on. When looking for a redesign and simplification, SI took inspiration not from another source, but from their own history as the game has evolved so much that the biggest danger they face is losing fans that do not like change. I am sure the popularity of the simplified iOS and Android versions influenced the decision to include the Classic mode, but am also sure that SI also listened to their fans expectations for the new season ahead. It looks like another year of league and cup success, even if the Champions leagues of yesteryear are just out of reach.