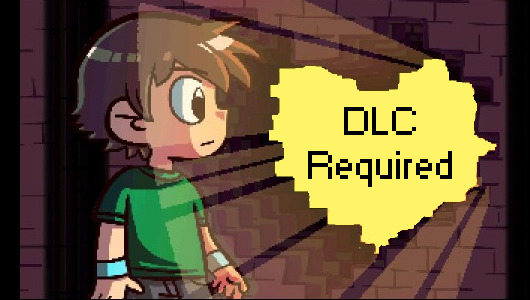 Too Soon? Too Late? When’s The Right Time for DLC?

One of the greatest achievements of the current console generation is the ability to add more content to a game after it’s release in a way that is instantly accessible to the majority of people around the world. DLC has been used to expand on storylines, add multiplayer maps and even bring in brand new game modes, each time extending the life of the game by patching it up with something fresh every once in a while. So, bearing all this in mind, why do we end up with so many complaints about when DLC is released? Let’s not forget that DLC needs to go through the same stringent certification processes that full-blown games do – something that’s often out of the hands of developers – can we really blame them for releasing DLC at the ‘wrong time’?

It wouldn’t be right to start this article by suggesting that all DLC is released at the wrong time; in fact, the majority of game developers and publishers get it pretty much spot on. Of the recent releases, one game comes to mind with it’s DLC release schedule. Even though I say recent, Battlefield 3 was actually released close to a year ago – but yet it still manages to feel like a recent release, largely thanks to the Close Quarters DLC that came out only a couple of months ago that added a truly unique Battlefield experience. Close Quarters featured much smaller maps which were a stark contrast to Battlefield’s trademark sprawling vistas and threw in a range of new weapons ideally suited to the up-close gunplay.

Battlefield 3 has also got more DLC just round the corner in the shape of the Armored Kill pack, featuring a huge emphasis on vehicular warfare with the largest Battlefield map to date. Clearly, two quite literally game-changing bits of DLC aren’t enough, so Battlefield 3 will see out the year with the Aftermath DLC and begin the next year with even more DLC in End Game, meaning that the game will have been embellished with a steady stream of brand new content throughout the entirely of it’s first year of release and beyond. Add in the new achievements/trophies, weapons and assignments and players have a wealth of tasks to achieve, significantly prolonging the gameplay experience.

The recently announced DLC for Scott Pilgrim vs. The World: The Game seems likely to add Scott’s gay roommate Wallace as a playable character and, much more importantly, online multiplayer. Let’s face it, the lack of online multiplayer was a glaring omission from Scott Pilgrim at launch – and a feature that many gamers felt should have included from the get-go – but it’s great to see it finally making an appearance in the game. But let’s not forget that Scott Pilgrim was released two years ago. In an interview with Joystiq , production manager Marc-Andre Boivin had this to say on the subject when the game was released:

Honestly, it’s because of the the time frame we had; because we were coming out on PlayStation the same time as the movie — and we wanted to make sure that the quality of the gameplay would be super good and the fans would be happy about the gameplay. So at some point, it was a production decision to do that.

So if the omission of online multiplayer at launch was mostly to do with time restraints, why was online co-op not added to the game at the same time as the Knives Chau DLC back in December 2010? At this point, you can only assume it’s to milk the popular franchise for a little extra cash – if you’re new to the game, you’ll have to purchase the game and the new DLC in order to play online with friends like so many had wished for in the first place. It’s a tactic that will probably pay off as well, bringing in new players to the game, as well as encouraging those that have already played to return to it – and cough up more dough for the co-op DLC while they’re at it.

One of – if not the most – common complaints about DLC revolves around the concept of ‘Day One’ DLC, where a brand new game has meaningful, additional content available to download on the same day that the game is released, often leading to the claim by the consumer that “It’s on the disc!”. Day One DLC could be a little more palatable if it were limited to character skins, bonus weapons or even multiplayer maps – as these are all ancillary goodies that ultimately have no affect on the story of the game. But if Day One DLC strays into the waters of containing additional story and new characters – much like with Mass Effect 3’s From Ashes DLC – that’s an entirely different matter altogether.

In BioWare and EA’s defence, From Ashes was free if you purchased the N7 Collector’s Edition of the game – but gamers who only had the standard edition of Mass Effect 3 had to pony up for the DLC. On first reading, that sounds all well and good – but what angered many fans of the series was that there was evidence of the Prothean character Javik, who is at the centre of the DLC, having associated assets included in the main game. Mass Effect 2 also had a similar piece of DLC that added the mercenary Zaeed Masasni and an associated mission. The difference here is that Javik, as a Prothean, adds a tremendous amount of depth to the lore of the  Mass Effect Universe, with brand new dialogue intertwined into many major dialogue scenes. In my opinion, this clearly points to Javik’s story and his character being in production well before the game was finished, meaning that time and budgetary pressures had no impact on the decision to annex the content of From Ashes into paid-for DLC. However, this is merely speculation from my point of view as a consumer – and while it will still cause anger amongst players, we can’t pretend to know all of the inner workings to big-budget game development.

So it would seem there simply is no single right time for DLC, as it seems completely dependent on what the content will add to the game, yet there will still be better times than others. Hopefully in the future, as with the present, more games will get it right than those that get it wrong.