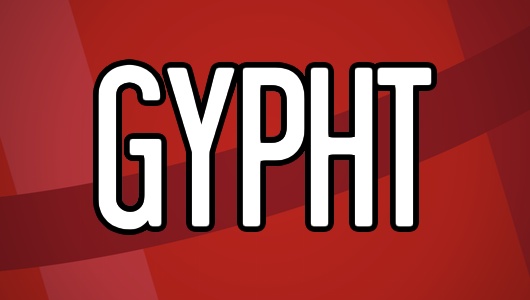 It seems like July is the month to announce new things being added to BigRedBarrel. If you haven’t already had enough of our awesome goodness to consume (you haven’t), then you’ll be ecstatic to have this lovely addition – Games You Probably Haven’t Tried. Why the necessarily long title? Because I can acronymize (that’s definitely not a word I just made up) it into the completely not lame – and totally pronounceable – word G.Y.P.H.T. Get it? I’m giving you a gift by letting you know about an awesome game. OK. No more lame jokes.

The idea behind this segment is to provide you with some insight on the endless amount of good games that get passed over simply because they don’t receive the AAA treatment. This segment will contain games that you won’t see plastered among the top sites within an hour of each other simply because a press released was sent out to everyone with a blog. Also, none of this will be simple PR regurgitation or done because a company gave us a video game to review. In fact, there won’t be a review for these games at all. These articles will simply be about our enjoyment of a particular game that hasn’t gotten the attention that we fell it deserves. And don’t worry. It won’t be completely filled with those artsy, indie games that nobody seems to like. We guarantee* that every game on here will be something fun (probably).

*And by guarantee, I mean you probably won’t despise** the game.

***We aren’t really an Italian mob. I just wanted to end this article on something fancy, Comprende?****