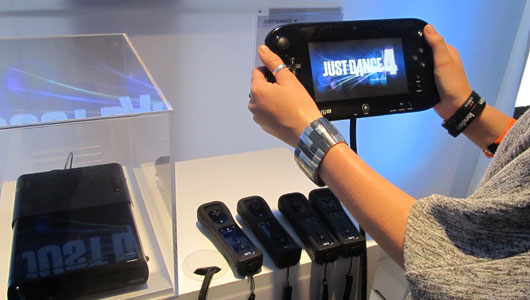 Hands-On with Wii U: Hardware

After a lacklustre and unconvincing Nintendo E3 press conference, a lot has been written about the difficulties that the Wii U will face when going on sale later this year. While I fully admit that it will be facing an uphill struggle, after some extended hands-on time with the Wii U,  I wanted to discuss the reasons for hope. I went looking for positives, and I think I found some. I think I have seen the rays of Mario Sunshine peaking through the clouds of negativity that is hanging over Iwata’s NintendoLand. You will have to see if you agree.

Nintendo has been widely criticised for not delivering more information and compelling reasons to buy a Wii U at this year’s E3. My BRB colleague Amanda, attended the Press Conference and gave her justified criticisms. Another BRB colleague, Sean, did a good job of highlighting the difficulties Nintendo face in selling the Wii U when the Wii did so much to burn bridges with the hardcore and casual audiences alike. I have even criticised the confusion surrounding the muddy waters behind the message that the Wii U Gamepad is not just an add-on for the Wii.

But this is Nintendo, and you bet against the power of Mario’s moustache at your peril. People wrote off the DS at launch and that went on to become the most successful handheld console of all time selling over 150 million units to date — more than the Gameboy and Gameboy Colour sold as a combined total. Prior to launch the Wii was derided. Many people said that a technically inferior console would never be a success. The Wii went on to sell nearly 96* million consoles, making it not only the highest selling home console of that generation but of all time. More recently, people wrote off the 3DS — and while the often quoted stat that it has outsold the DS at the same stage in it’s lifecycle is a little misleading as the DS early sales were comparatively quite poor — the 3DS has still currently sold over 17.5* million units to date and has sold more than any other console so far in 2012.

But that is a link to the past. Let us talk about the future. 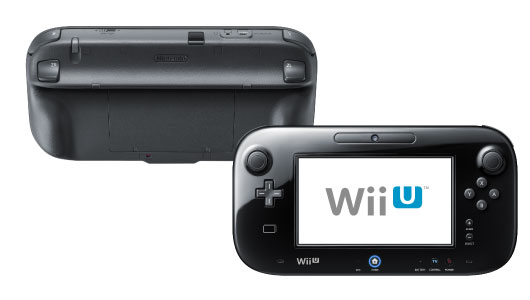 The first reason for hope: the Gamepad. I got to play with the controller for a number of hours, and I can report that it is not as uncomfortable as I first feared and more ergonomic than pictures make it look. The dual analogs are fairly comfortable to use and the rear triggers and shoulder buttons work well, shifting thumbs to the touchpad worked better in some uses than others but overall worked better than I expected. Not sure exactly how this will fair in the sort of extended game play sessions that a hardcore gamer would want to endure, but the battery does only last from 3-5 hours! That said I noticed that the rear of the console had screws that looked like they could be easily removable, hinting at the fact that, like the 3DS, the Gamepad may have a battery that is replaceable by the user — allowing for third-party or improved first-party batteries to be used as replacements in the future.

It was hard to gauge the weight of the unit. I didn’t know if the display controllers contained batteries or if they were just tethered to the display units or running a power supply through the cord they were attached with. If anything it may benefit from some additional weight, but the Gamepad itself felt fairly solid and not as cheap and plastic-y as I had thought it may have been from pictures. Some of the functions such as the camera, Near Field Communication and TV remote were not being exhibited, which also made me wonder how much of this tech is in the current build of the hardware — I suspect it probably was but saw no evidence to support this.

The Gamepad can also be used to augment the existing Wii controller experience. With the help of the Wii U Gamepad stand, the Gamepad is used solely to display an in-game map and provides control of replay features while playing Pikmin 3 with a Nunchuk and Wiimote. It was not the most imaginative use of this, but Nintendo have announced that two Gamepads can run off of one Wii U system. I could see one Gamepad used as a steering control and one as a review mirror for driving games perhaps or a rally game where your “co-pilot” has a map he can read on his lap to give you directions. 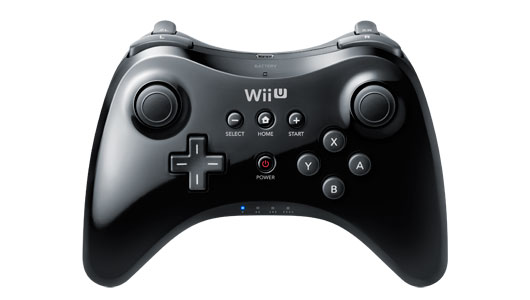 I also got hands-on with the Pro Controller, which was being displayed but not available to use with any software. It has gone through a fairly major redesign from the Classic Controller, which looked and felt more like a SNES pad with analog sticks. The two sticks of the new Pro Controller being at the same height felt a little odd, but overall it was agreeably familiar — so familiar that the only concern may be if Xbox’s patent lawyers are in a particularly litigious mood! It would at least seem to indicate that Nintendo is making more consideration for hardcore gamers and the style of pad they would wish for. 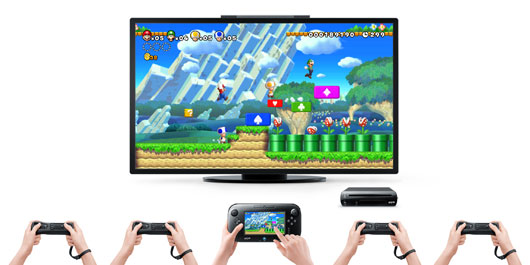 The proof of the pudding in the concept of asymmetrical gaming will come with software, however after a brief hands-on with the hardware I am more of a believer than previously. I will go into more depth with some closer analysis of the software in part 2 of this article, but I had previously thought that the overall concept had little merit beyond the parent helping out a child while playing type mechanic. After seeing it in practise with games such as New Super Mario Wii U (pictured above) I can say that this would not only work well in this type of casual environment, but also put to good use in a more competitive manner with players assisting each other in speed runs of levels. I could see my example of a co-pilot and driver as a fun dynamic, and it would be a drastic improvement over the friend reading the mini-map situations that can occur when in an open world driving situation such as GTA or Burnout Paradise. Take this concept one step further, and I would gladly have a redesigned version of Chase HQ for modern consoles.

The concept of asymmetrical gaming may not seem like a major selling point at this stage, but then neither did motion controlled gaming when it was first announced. Sony and Microsoft followed suit with the Move and Kinect to varying degrees of success. Asymmetrical gaming must have some merit, as both Sony and Microsoft have been even quicker to follow suit this time around with announcements at this year’s E3 of the PS Vita and SmartGlass technology being able to offer similar possibilities. Nintendo may have a harder sell, since they will have to sell you a whole new console to take advantage, but a system that is designed and dedicated to the concept may well be able to take better advantage of this new style of gameplay than competitors currently can.