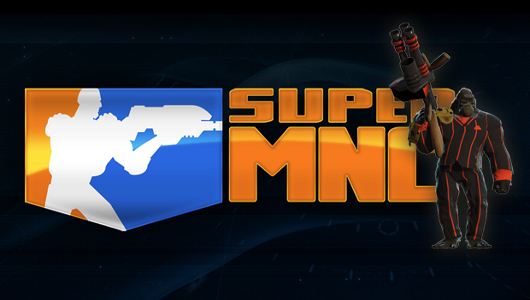 That isn’t to say that the formula is perfect — far from it actually. For what they offered me for free, Rusty Hearts, Blacklight: Retribution, and Super Monday Night Combat provided fun experiences; however, each one was plagued with issues that kept me from spending money, which, from a developer’s point of view, completely defeats the purpose of free-to-play in the first place.

Rusty Hearts and Blacklight: Retribution, both made by Perfect World, face the same problem: they use an arbitrary currency instead of real money. The system is set up the same way Microsoft points are; every 80 Zen equals $1.

Zen is used across Perfect World’s numerous free-to-play games, which causes another issue: To buy something, you must first select how much Zen you want in increments of 1000. Then you select which game will receive the Zen you purchased. Finally, you’ll be able to use that currency in game. This completely takes away the impulse nature that free-to-play games strive to have. The more hoops a customer has to jump through to purchase something, the more likely they won’t purchase anything. What’s more, you’ll often be left with unused Zen and nothing of worth to purchase. It could be a ploy to get you to purchase more Zen, but the hassle of it all more than likely prevent some people form spending money.

With Blacklight: Retribution there’s the illusion that the items are cheap to buy. When you finally decide to go into the marketplace to purchase new weapons and armor, you’re greeted with a price of 40-80 Zen. Pretty good deal right? If you look closely, though, those prices are merely to rent said item for one day. And that’s one actual day, which means that you’ll lose the item whether you play one match that day or 100. It can be $10 or more to keep an item — $10 or more, for one item! Sure the rental system is great if you want to try an item before spending a significant amount of money on it, but it also makes playing an obligation if you rented the item because you don’t want the purchase to go to waste. Luckily, this issue is alleviated by the inclusion of another form of currency called GP, which can only be earned by completing matches. After a few matches you will be able to earn enough to rent an item for a day, allowing you to try out new things without having to spend any money. You could also purchase items using GP, but they obviously are quite expensive and would require hours upon hours of continuous play to accumulate enough GP.

Super Monday Night Combat on the other hand, does away with the arbitrary currency. Each character and item will plainly have a $ amount next to them, so you know exactly how much you will spend. Every character can be purchased with in-game currency that is earned from each match — but again requires a significant time investment to even get one character. While Super Monday Night Combat has a much better handle on purchasing items, it’s plagued with its lack of content, and the way it handles matches. There is only one game type. No matter how many characters, maps or equipment the game has, playing the same game type over and over again gets tiresome. Add to the fact that once a match starts, the players are locked to that game. If you leave a game, you are unable to play another game until the current one finishes. You are allowed to hop back into the game, which is great for random disconnects, but other than that, it doesn’t really do much to deter rage-quitters. They’ll just go on to play a different game instead, and those who are left in the game are at a huge disadvantage. I’ve often seen 3v5 games that always go in favor of the larger team.  I don’t want my fun tied to whether or not I can count on my teammates to stay in the game. I would like to buy something, but this game needs to change a few things first before I’d feel comfortable spending money.

It is good to see free-to-play games break from the notion that the game must be terrible if the developers are giving it away for free, but significant progress still needs to be made in how these games are handled before more people will be eager to try the game and ultimately spend actual money to enhance that enjoyment.