As the mobile gaming market continues to thrive, there is a definite trend emerging within the domain of in-app purchases (IAPs), essentially dividing the business practice down the middle into two distinct camps. And one is most certainly better than the other.

IAPs, for the uninformed, are literally what they profess to be: purchases made inside a game using real money. This can be a direct purchase using your iTunes or Google account, or may be made through a mediating body using a currency such as Facebook Credits, but the idea is the same – real money buying virtual goods. The trend emerging has seen the IAP strategy of a game filter down into one of two categories: “pay-to-add” and “pay-to-play”.

Pay-to-add, for want of a better name, is the kind of business model you see in free and premium mobile games where a financial investment isn’t required to necessarily do well in the game. Titles such as Draw Something, Temple Run, Jetpack Joyride and Hero Academy fall into this category, as each is playable in its original form without the need to add supplementary in-game currency. Investments can be made at a player’s distinction – for example, to buy new colours in Draw Something, or to buy a new Hero Academy team – but aren’t necessary in order to facilitate gameplay.

Pay-to-play, or pay-to-win, is the polar opposite. Used by titles such as The Sims Freeplay, Flight Control Rocket, Theme Park and Farmville, it’s a model in which some degree of financial investment is required in order to make good progress. Playing Theme Park on iOS, for instance, allows users to use “Super Tickets” to speed up the construction of rides in their amusement park: when the time to construct a rollercoaster is a day and a half of real world time, a lot of people are going to opt for the Super Tickets, and they don’t come for free. 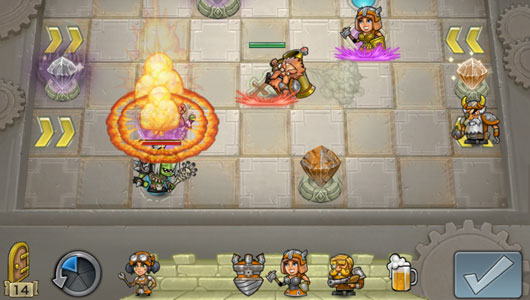 The strongest difference between pay-to-add and pay-to-play is that one is far more popular than the other – from the consumer’s point of view – and it doesn’t take a genius to work out which one it is. I conducted a brief unscientific survey across a couple of social networks asking of people’s experiences with both pay-to-add and pay-to-play, asking them what they had played and if they had made any purchases, along with why. Some follow-up questions were asked to some, asking how much they had spent – and the results were significant.

Of the 41 people asked, 35 (85%) had played at least one of the previously mentioned pay-to-add games, but only a third of those 35 had actually made any purchases inside the games. Two thirds of those folk spent less than 99p, and the majority reason for spending was to support the developer. Other reasons included wanting quick access to in-game items without the effort and, in the words of one: “I love [this game], every chance I get to expand the experience is one I want to take”.

As for the pay-to-play games, less people had played them as a whole – just over half – but astonishingly almost nobody had made any purchases inside any of them. The most popular reason for not spending money inside these games was that users felt ripped off, or that they were being made to feel like a sucker. In comparison, most people chose not to spend inside pay-to-add games such as Infinity Blade because they had already paid for it, or were unbothered by adverts. Some went as far as to call IAPs stupid, or no better than cheating.

iTunes reviews for some of the titles also make clear which model users prefer. Flight Control Rocket is hugely unpopular in user reviews – one calling it “a cheap reskin with micro transactions everywhere…it makes me sick” – and Theme Park carries an average rating of 2.5 stars. As one user put it, “Bullfrog made you a rich theme park owner – EA make you the min wage cashier.” 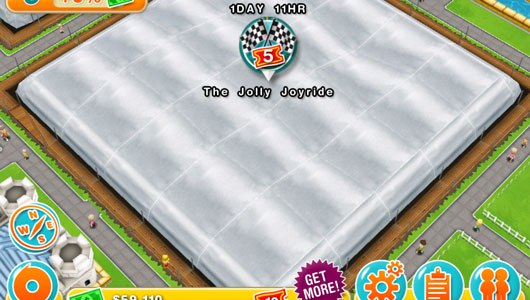 If waiting a day and a half for your rollercoaster to build sounds like your bag of fun, Theme Park for iOS comes highly recommended.

“Bad” IAPs, it seems, are generally the domain of Electronic Arts, but regardless of publisher the business practice doesn’t sit well with users. As for “pay-to-add” titles? Draw Something‘s reviews, by and large, are filled with praise, and Jetpack Joyride‘s ratings are a similar story. That teams like Halfbrick and OMGPOP – who are, ironically, owned by Farmville publisher Zynga – are happy to release games for free shows a mature understanding of how the mobile market and its users work.

I’m no financial analyst, but I can tell you with a degree of certainty that people enjoy playing games for free, and that if they play it for long enough and enjoy it they may well feel inclined to drop a bit of money inside it. I bought Jetpack Joyride‘s “Counterfeiter” add-on for 69p a while ago, which doubles all in-game coinage for life; since then, I have topped up my coin packages just because – because I like the game and have more than had 69p worth of fun. I lasted all of ten minutes inside Theme Park before calling it quits, and the less said about other pay-or-wait titles like The Sims Freeplay the better.

In summary? Pay-to-add good, pay-to-play bad. Publishers: making your game free is no excuse to turn it into a glorified demo. Set your game free, offer up some optional incentives on the side, and you might be surprised at how people warm to your titles. Anything’s better than shoving Super Tickets down their collective throat, even if a number of suckers scrabble for them like foam-mouthed rabies hounds.

But now, over to you. Have you spent money in pay-to-add or pay-to-play mobile games? And if so, how much and where?