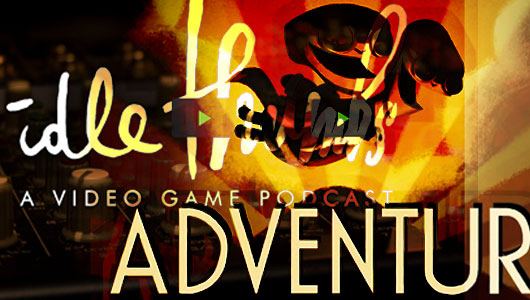 In the space of just under two weeks, two fantastic projects have been brought to life by internet “crowd-funding” firm Kickstarter. By just asking people to give them money, game developer Double Fine Productions and iconic games podcast Idle Thumbs – currently made up of game industry veterans Chris Remo, Sean Vanaman and Jake Rodkin – have found the momentum and funds to start new projects, with the rewards being reaped by both future fans of the firms and especially those who helped to fund it. And that’s fantastic if you’ve got a few bucks kicking around to help boost the fund – but if you’re looking to be as literal an overnight success by doing the same, I wouldn’t hold your breath.

Kickstarter, for the unfamiliar, is a platform on which small firms or people can get finance for their creative projects without having to pander to executive investors. By capturing the attention of a very large audience, rather than of just one person, Kickstarter projects encourage creativity and innovation by allowing many, many people to “invest” in projects for a very small sum of money. As long as enough money is raised before the project’s target date, the project receives its funding – with Kickstarter taking a 5% cut – and can then be produced. If the target isn’t reached, no money changes hands and nothing goes ahead. It’s a case of, as Kickstarter’s help page puts it, “all or nothing funding”.

Note that “invest” is, has been and will constantly be Quoted. People who “invest” in Kickstarter projects aren’t really investors; they’re just “investors,” giving a little money to a project they want to support without receiving literal profit returns after the project (presumably) succeeds in making some money. Instead, “investors” in a Kickstarter project receive one of many tiered rewards, with better rewards going to those who pledged more money; but at the bare minimum, the return a Kickstarter “investor” usually receives is the creative media they helped to fund.

All in all, it’s a great idea as long as you have one more thing behind you: potential support. There’s very little point in creating a $30,000 project on Kickstarter and kicking back, waiting for the money to come in — that is, unless you’re Tim Schafer or the Idle Thumbs crew.

These two huge success stories – Double Fine (sitting at $2 million) hit their $400,000 target in 8 hours, and Idle Thumbs made 30 grand in 2 hours – are success stories because the people behind them are already success stories in their own right. The minds behind both projects understand that they are very good at entertaining the masses and at giving them what they want — provided they have the resources. All it took was, well, a little kickstart.

The gaming community, by and large, wanted a point-and-click adventure from Double Fine. They also wanted a return of the Idle Thumbs podcast. Thanks to Kickstarter, they’re going to get them, and that is wonderful. But the happy endings of these crowd-funding projects will doubtless give false hope to aspiring developers and other gaming hopefuls, convincing them that fame and success is just a virtual round-robin away, and it must be understood that things probably won’t happen that way.