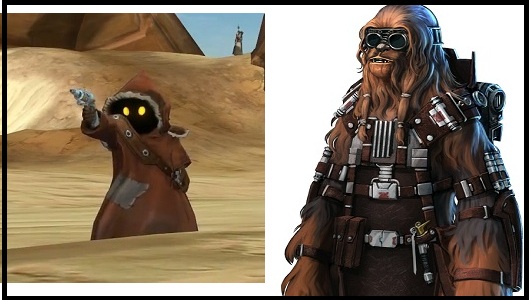 Eaten by a Polar Bear: The Old Republic – Nerd Wars

It’s sad that when I think about what hurts Star Wars The Old Republic most, I think of its divided, jaded community, not bugs or missing features. Metacritic sure as hell is not a hard definition of greatness, but you’d think SWTOR pulled low 50s, and not the 85 it pulled from 47 reviewers judging by how the more vocal community behaves.

I’ll start things off by saying I very much enjoy playing SWTOR. I resubscribed (shocking!), and when I’m playing with friends and/or guildies, the MMO aspects satisfy my needs. The rest of the time I just solo through fantastic class stories and various secondary pursuits. The trouble arises when you start exploring the community at large. Forget the official forums. Though full of great advice, suggestions and creativity, those elements are buried under a massive pile of hateful rhetoric, vitriol and entitlement. Lots of people who think they know what’s best. Not the developers, not other fans, just them.

The trend continues across the many fan sites, blogs, podcasts and chat rooms. It’s not even that people are arguing the merits of the game in terms of it being worth a monthly fee or playing. It’s that so many are so divided over just about everything.

I feel like my current favorite MMO has been hijacked by extremists, who may be very vocal but are hardly representative of what I truly believe is the core of the  SWTOR population. The wackos are just yelling really loud. Think of the WoW clone complainers as the Westboro Baptist Church, the SWTOR fanboys as Michael Moore backed up by 1,000 privileged middle class kids, and the overly entitled PvP grinders as monkeys who just through feces everywhere. Of course there are more groups than that, but you get the drift.

The launch of an MMO is never smooth. Smooth is a word reserved for things like talking your girlfriend into a three-way after getting caught in bed with a goat. That’s smooth. MMO launches on the other hand have never, ever been smooth. The varied, passionate fan behavior happening in SWTOR is nothing new, but the scale and scope of it is — at least to me. Rather than list my MMO resume, which I see used to justify everything, I’ll just say I’m 30, and I started with Ultima. The reason things are being blown so out of proportion is the number of people (a million at launch), from so many impassioned backgrounds. Individuals can be reasonable, but we all know that the group dynamic can turn ugly fast. 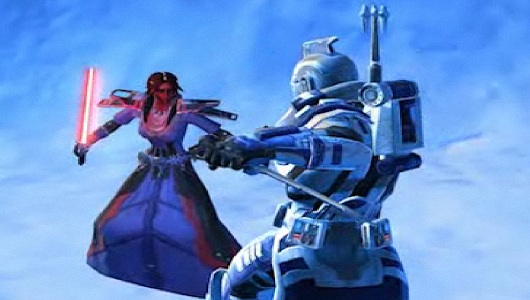 Say what you want about SWTOR, it had a million people playing right from the get go. Star Wars is one of the most iconic nerd franchises in existence, with one of the largest fanbases period. Throw in a huge influx of former WoW players, thousands of them, add a dash of MMO junkie, a sprinkle of noob, and you have yourself a recipe for a massive scale clustermuck. Unlike WoW, which had years to achieve a balance with its massive, disparate population, SWTOR is buckling under the weight of more than a million people jaded by 10 years of MMO culture, and fanboy/entitled perspectives inundating the devs with fever pitch feedback before the betas were even over.

People scoff at SWTOR holding on to its current numbers (listening to kids quote stock info is priceless), but even if they hold on to the half million EA have said is needed for profitability, it would still be an accomplishment. Personally, I see SWTOR holding over a million subscribers easily when the dust settles this month, and I would not be surprised to hear about SWTOR hitting 2 million before too long. Mock me if you will, but when it happens, I reserve the right to”tut tut” and act superior for an afternoon.

I don’t even disagree with a lot of the talking points being thrown around like Republic vs Imperial population balance and needlessly walking through space stations. I just don’t see any cause for the level of emotion I’m seeing, even with the understanding that fans are always passionate. For one, there has not been a MMO as large, in terms of development, in a long time, if ever. Comparing SWTOR’s launch to smaller MMOs is just ignorant. Dismissing the game as a WoW clone is equally ignorant, though it should be said ignoring the blatant influence WoW had on the foundations is likewise pretty freaking stupid.

What Star Wars The Old Republic is, to me, is the combination of over 10 years of MMO gaming. Did it have every feature we’d like? No. No MMO will ever do that. What we consider standard was not always so, and you can only put so much in an MMO at launch. Every single MMO I can think of launched with bugs and numerous missing features that people railed at the gaming gods over that “should have been there from day one.” Everything from advertised end game PvP events, mounts, banks, custom UI, character transfers, etc. The fact that SWTOR was able to fit in the vast majority of what we consider standard features at launch impressed me.

More niche MMO games that specifically cater to an audience gain strong cult followings and are even profitable, but they will never be as profitable as the WoW model, which I think is the fairest comparison to make between the two games. WoW is easy to play, runs on low-end systems (despite low end issues, SWTOR runs on pretty dated PC’s), features an architecture that works and has over the years tweaked and added features to maximize the brand. WoW did not come up with many of those features or improvements themselves, but it  was able to polish them all in a single property for mass consumption. Nobody is playing WoW because it has the best PvP, the best story or the best raids. I don’t think it does. What it does do is provide a reasonably high quality experience  across the board to everyone. And that took years. 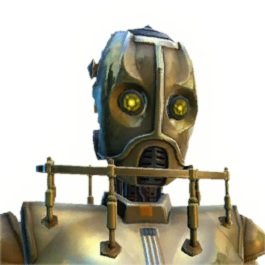 I've dialed the BS level to maximum for you Master. Enjoy!

Star Wars does not want or try to be WoW in terms of a direct clone. It wants the kind of inclusiveness, openness, access to subscription money and longevity that a game catered to a more niche audience would never be able to provide. SWTOR aims to provide all that while shrouding the game with the kind of substantial, long term storytelling that pretty much every other MMO lacks. Which is not to say BioWare could not shift focus to a new model, like free-to-play or any of the gray area subscription setups available on the MMO market. At its core, the story is the big difference between SWTOR and its peers. If you hate Bioware-style RPG storytelling … what the hell are you even playing for? That’s like knowingly buying a red car and then getting pissed off because your car is red.

Players have every right to complain, ask for changes, give their feedback and be heard. Just be sure you have ground to stand on and logic on your side before you start blasting.

I already have MMO games to play. DDO (Dungeons & Dragons Online) still provides the best raid parties I’ve ever taken part in, EVE still makes the economies in other MMOs look like a joke and DCUO (DC Universe Online) lets me turn off my brain and smash things with super powers. Of course, none of those games had even half the people playing at launch as SWTOR, and none had to face down so many opinionated players right out of the gate (EVE players do however make up in passion what they lack in mass numbers). SWTOR lets me play in a universe I love, without feeling like I need to be an expert, while telling me a story I can’t find anywhere else. The game has bugs, missing features and needs work. Which is so par for the course it’s almost passe to even talk about an MMOs quality before the first year is up.

To all the true SWTOR players who conduct themselves like the passionate, intelligent and knowledgeable people I know most of you are, I salute you. To all those who claim to be helping yet dose every post with disdain or simply troll and QQ endlessly, I hope you wake up and realize you’re all sitting in the same room and the poodoo is going to reach your noses very soon.