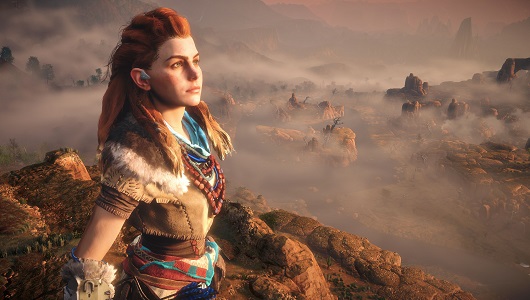 Horizon Zero Dawn never really needed a hard sell. It is a big-budget, first-party title from one of Sony’s most technically proficient studios, set in a post-post-apocalyptic open world and features robot dinosaurs. It was always going to check enough boxes for people to get excited about it.

Despite this, there was a lot of scepticism, at least on my part, prior to launch. After a lacklustre EGX 2016 demo, a lack of confidence in Guerrilla’s storytelling chops and a launch date far too close to The Legend of Zelda: Breath of the Wild, it seemed possible that Horizon might falter both critically and commercially.

I am delighted that I was wrong.

Horizon Zero Dawn tells the story of Aloy, a young woman living in a far-flung future, where machines are now the dominant life form on the planet. The human population is split up into tribes, living in primitive conditions with limited knowledge of what happened to The Old Ones (us basically). Due to the mysterious circumstances of her birth, Aloy has been shunned by her tribe and treated like an outcast – and this forms the launch pad for the rest of the story.

From here, we watch as Aloy grows under the mentorship of Rost, a fellow outcast and father figure. He teaches her to track and hunt, allowing her to be self-sufficient. Early in the game, Aloy stumbles upon a relic of The Old Ones, a small device called a Focus. This acts as not only a story device that Aloy uses to learn more about her past, it also functions as a way to get information to players. It works as a method to gather information through audio logs and files, as well as a tool to highlight items of interest in the environment. 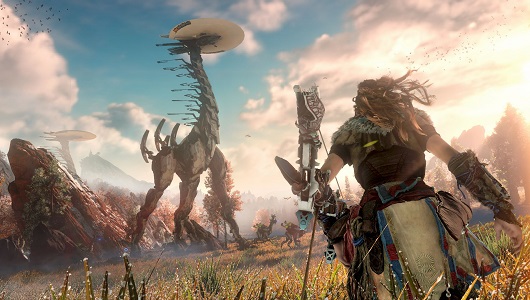 Once Aloy’s quest begins in earnest, she is free to wander the huge open world Guerrilla has created. By the time you get this far, the opening has taught you most of what you need to know to survive. Gathering resources, crafting items and ammunition and using long grass as cover become second nature quickly. One of the elements of the game I became more and more impressed with was its pace. At no point during my 50+ hour playtime did I feel overwhelmed or bored.

This is most evident in the game’s combat. You quickly learn that knowing your enemy is vital. At the start of any encounter, you will open your Focus, tag all the enemies in the area, highlight weaknesses in their armour as well as patrol paths for setting up traps before setting to work. However, as soon as this becomes your modus operandi, Horizon then introduces new enemy types with different elements to them. For instance, stalkers have the ability to turn invisible so now your Focus is less reliable. 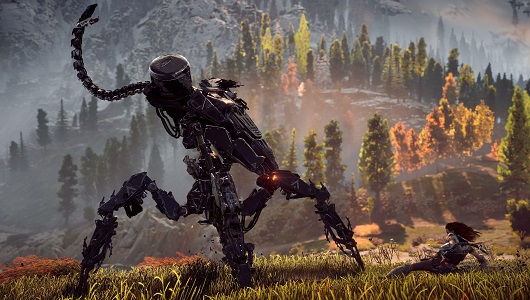 Your adventures into the world will also introduce you to new main story missions, side quests, errands and collectibles. Like everything about Horizon, Guerrilla put a lot of thought and effort into not only giving you interesting, story-driven quests to complete, they also use them in moderation. By the time I had completed the game, I had completed almost all of the game’s optional quests. This wasn’t just out of a compulsion to check every last box but also because they were genuinely interesting. However, it never felt daunting. When I got to a settlement, I received maybe two or three new missions to fulfil, not the 10s that The Witcher 3 dropped in my lap!

I mentioned a hesitance on my part at the beginning of this review. If there was one aspect of the game I knew Guerrilla would nail, it was the game’s engine. I think this game proves that Hideo Kojima made the right choice when he chose Guerrilla’s Decima engine for Death Stranding. Horizon Zero Dawn is quite simply one of the most visually impressive games on any home console. Not only are the characters, world and creatures incredibly well-crafted, the entire thing runs at a steady clip almost all the time. I actually struggle to remember the game hitching at any stage, which is shocking for an open-world title. 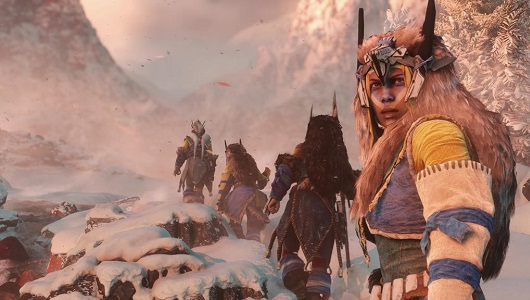 One area I do hope they improve in the sequel I am sure they are already hard at work on is the lip-syncing and facial animations during conversations. I only really noticed this in side quests but sometimes the lip-syncing got so bad it pulled me out of the experience. The fact that it seemed faultless in main story quest conversations tells me it just required more time. 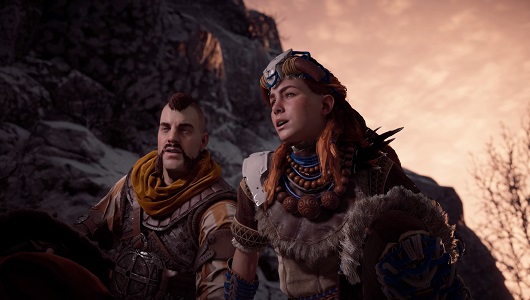 Horizon Zero Dawn is a superb open-world action RPG from a team of developers who deserve praise for pushing themselves in new directions. When Horizon 2 comes out, you won’t see any scepticism from me, I promise.